Ok, I will start it. Show us your tattoos

Ehh!, was worth a try

Here’s one of mine I like to have people guess what it is you would be surprised how many people have no effen clue what it is lol. 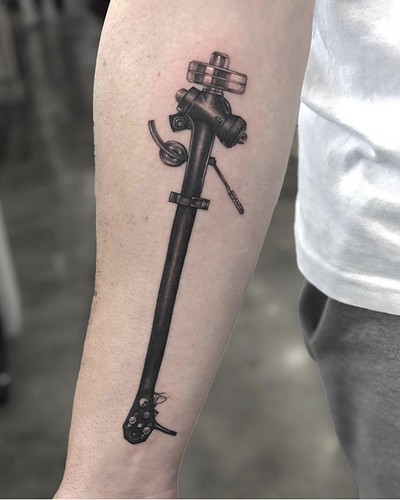 You should have the turntable under with an LP on it​:joy:

fang was always a great show. and suprisingly sammy was always the nicest coolest guy.

Shouldn’t the wires be red, white, green and blue?

A lot of nice work here you all!

Here are mine, just two. Right arm = Longhorn scull with the Horns sawed off (it is a Texas A&M thing regarding our in state rivals at another Texas school who have a longhorn as their mascot!) with the US and TEXAS flags draped on them. Left arm = (a partial cover up) HD Bar & Shield with Live Free/Ride Hard but then because that one was so crappy, I had an Eagle put around it to drown out the poor work. Never have gone back to color in the Eagle (which is kinda hard to make out in the pic, sorry). Gives credibility to the saying, “Good tattoos aint cheap, and Cheap tattoos aint good!”

PS - Pardon the skin peeling, sun-burn (even with SPF 100) during the beach vacation week before last still has my skin peeling. 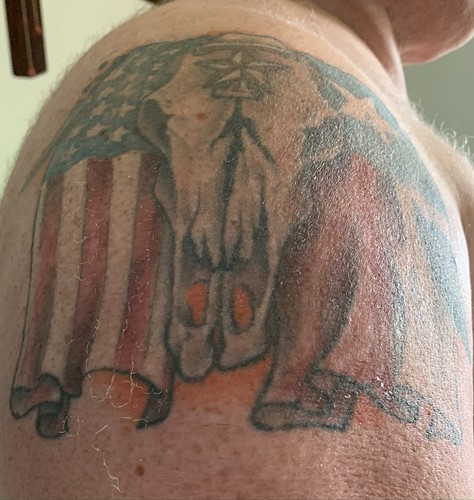 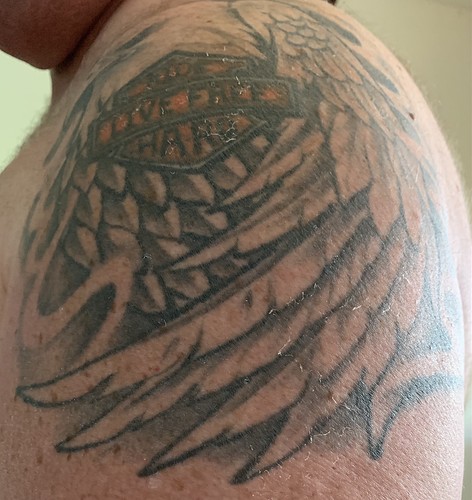 Yeah the girl who did this absolutely amazing. Most impressive is when she did my tattoo she had only been tattooing for a little over 14 months.

@T_dub “Hey Freddie are you still trying to bring ballet to the masses?” -Sid Vicious
“We are certainly doing our best Simon Ferocious” - Freddie Mercury

Yeah, after his violent past landed him in prison and after getting clean and turning his life around he sure is. But make no mistake that much of what he sings about if from the life of the past. Berkley Heathen Scum, Junkie Dare, An invitation (to my suicide), Skin Heads Smoke Dope. etc…
I absolutely LOVE Fang.

Sammy owns a tattoo shop up near Arcadia or Asuza or somewhere inland (everywhere is inland to me, I have lived within 5 miles of the ocean for most of my life).

My buddy tattooed LANDSHARK across his shoulders way back in like "95. Then he did a 18 year stretch, and when he came out like 5 years ago, he was at a Fang show a year or so after his release, at Alex’s Bar in Long Beach, and showed it to Sammy. Sammy took photo’s and put it on his facebook.

Plus, inks are much better and last much longer now a days. My 32 year old tattoo doesn’t have that good ink in it.
I could get it touched up anytime, but I always end up getting something else.

Come to think of it, My buddy is throwing a dinner party tomorrow night, and that means he is tattoing all night. I am sure he has paying customers there, so they go first, but if I hang around, then I get work free.
I don’t have anything picked out right now, but I have been thinking of a place to put a bass clef.

@T_dub “Hey Freddi are you still trying to bring ballet to the masses?” -Sid Vicious
“We are certainly doing our best Simon Ferocious” - Freddie Mercury

Hilarious. There is a YT channel called “Rock n Roll true Stories”. I watched that one recently. It is a fun channel that puts out stories about 3-4 times a week.