Proper key for "Highway to Hell"?

Wow, thanks everyone!
I knew something sounded off but I couldn’t really tell what. I assumed it was just something with my gear or my playing…

While we discuss the song, any tips for muting the open A when moving to the open E?
(It shows up first in the 6th measure of chorus 2)

I suppose the best is to try a plucking hand mute but because I need to pluck the open E it is like a finger twister!
(And when I don’t mute it sounds quite rumbly and messy)

Maybe I don’t understand the question correctly, but why can’t you just mute it by resting a couple of fretting fingers on the A string when moving to the E string?

You understand the question perfectly.
I guess the only reason is practice, or lack thereof…

The accuracy for both time and positioning make it such that I end up interfering with the open E or the following F#.

I just need to practice it more, but was wondering if anyone has any more specific tips.

I raised the tuning on the track to +20 cents and it sounds a lot better to me. Thanks Josh!

@JerryP, maybe the can be posted with the rest of the tracks on Discord for all?

Sure. Where do I upload it?

I think @gcancella already made an adjusted track, but he’s the caretaker of the file folder for the challenge so I’d send it to him on Discord.

When I was jamming with buddies, first time we played it in Ab with tuning change, however after we started switching between songs, we couldnt bother retuning so we just did it in A.

Did you get to confirm if what is in the folder is updated?
I see a post in Discord with @gcancella was asking if he did it right and for feedback but no response.

I don’t know if this helps anyone but, I’ve just started learning this song and I’m using the retuned YouTube version as my backing track. Standard tuning. 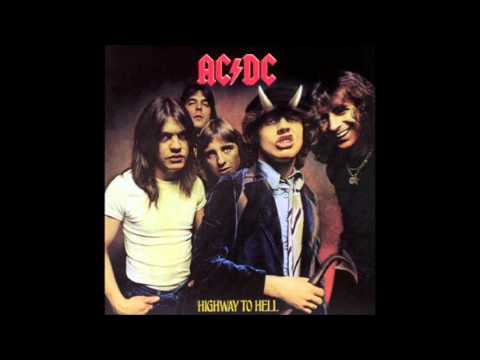 I haven’t looked as I’m not on that song yet and am not planning on setting up everything until next Monday, but I’m sure we’ll sort out a 440hz version by next Monday one way or another.

I have found this to be trickier than I expected as well. Of course, the fretting hand mute will work, but as an alternative, I find it easier to pluck the A at the 5th fret of the E, then when you pluck the open E, muting isn’t an issue.

I will continue to practice the open-A, fret-hand mute, open-E, F#, because I feel that is more “correct” and probably a good thing to be able to do, but just throwing that alternative out there…

Yes, I ended up moving to fret 5 on the E string for that phrase.

That’s one of the reasons I usually like to use notation instead of tabs.

Remember, tabs are really just a hint (not a rule) - once you know what to play, you can modify positioning as you see fit.

Just for the sake of discussion (not a concern for this challenge) - in my mind, the only reason that playing E5 may be considered “less than ideal” there, is that the “timbre” (is that the right word?) of those notes will be different than the A0 notes, so you lose some consistency. Does that really matter, and can anyone really tell? Open for discussion, but I’d bet not. And you could always make it consistent by changing all low A notes to E5.

And realistically, those aren’t “beginner” concerns anyway - no need to overthink it…

Hey guys, long time AC/DC fan here. Their albums prior to Back In Black (1980) were a bit all over the show re tuning and there are theories out there that have been discussed already.

When I play these songs in my band we tend to just work from A to save re-tuning in the middle of a session.

When I’m practicing I guess it would be easier to use an mp3 that has been corrected so A = 440Hz but I normally stream from Spotify so I normally re-tune.

I spent an unhealthy amount of time researching this!! Tuning down a semi tone seemed too flat and I wanted to get it nearer so it wasn’t so jarring when I played along. There is a whole load of information about 432Hz and I got sucked down into a rabbit hole of flat Earthers and Illuminati conspiracy theorists. Scary

I have a Snark clip on tuner that has a button on the back to select Hz and you can toggle up and down as needed. After a few goes it’s pretty quick and I normally leave the G string alone as it’s not generally used in these songs.

For reference I use 427Hz and it seems to sound fine (to my ear at least!!). Once the tuner is set to 427 you just tune as you normally would.

For any fellow fans this also seems to work for Hell Ain’t A Bad Place To Be, If You Want Blood, Gone Shootin’ and probably plenty of others from Bon Scott era AC/DC.

When I’ve worked out how to record a video of myself playing I’ll join the 50 songs challenge.