That’s me! No, wait. It’s not about me but it looks interesting regardless. Anyone else own a copy? 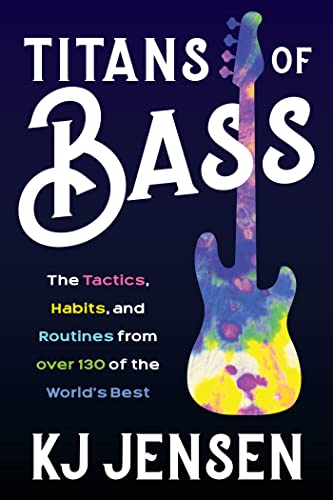 Looks like it just came out last month.
It’s in my cart for when I order another lot of Amazon crap.

FYI - we do have a bass book thread here, you should post it there for future reference for others.

Oh thanks for the heads up! I love to read, especially music related stuff. Although I confess, I couldn’t get into “The Music Lesson” by Victor Wooten. Sacrilege, I know.

I haven’t been able to get through it either!

Wow. This is a piece of crap. SO disappointed.

First, it’s some kind of marketing tool. The author wants you to go sign up on his website and join his Facebook group so you can determine, in just 14 days, whether the bass is the instrument for you. He even gives you a step by step “plan.”

As far as the Titans Of Bass are concerned, he gives a short blurb on each bassist that sounds like he pulled it from a Wikipedia page and then has maybe two quotes from other bassists about what a great player this person is. Some nice pictures though, if you’re looking for a picture book.

I should have known this wasn’t going to be worth reading when he failed to put Geddy Lee on his list of 130 Titans Of Bass. So glad you can return Kindle books.

Big ole riparoni. So is this not an educational book, just some kind of fanservice?
Also, just for morbid curiosity, where did he rank Jamerson, Jaco, Paul Chambers, and Jon Paul Jones?

He didn’t assign them rankings, just lumped them all together. Also, I did not know that practicing the bass for an hour a day is a viable cure for depression and that it will save your life. Adding this to my box of Useless Information, alongside my collection of Karen Carpenter factoids.

That’s disappointing. Thanks for letting us know. $20 I can spend on something else.

lol I have ptsd and actually took up bass as therapy. It works pretty good, idk if it would keep someone from jumping off a ledge tho

I agree that playing the bass does wonders for my mental health. However, in the book he claims that his doctor was the one who told him to practice. I think if I went to my doctor and said, “Hey, I’m super depressed and can’t really find a reason to keep living” that he would reply, “Well just practice your bass.” Or maybe he would, in which case I’d find a new doctor.

Just one more example of attribution bias to add to the list.

Depression is often marked by anhedonia or loss of pleasure (often in things previously found pleasurable). It also often proceeds in cycles of bad, to not-quite-so-bad, back to bad (it’s just never really good).

So if you are on the upswing of a depression cycle (or meds start to kick in, or the hours of daylight are increasing, or any number of ameliorating factors) , and the anhedonia starts to fade - you may start to enjoy some things again. New things. Old things. Anything. And since our brains want to see patterns and make sense of the world - if this thing happens to be new we think the new thing caused the lessening of depression symptoms. When in fact it just happens to coincide in time with the lessening of symptoms - but in fact we noticed it because the depression was already abating. That’s why you see all kinds of crap that “treats” or “cures” all other kinds of crap. The only way to know for sure is a placebo controlled double blind trial and peer review. Science FTW!

Interestingly though: peer reviewed studies DO support music, art, animal companionship, and lots of other therapies as at least somewhat effective (just not on the scale of effectiveness of SSRIs, SNRIs, MAOIs, tricyclics, etc - and good news on the horizon: those “old” drugs (~30% effective) are going to get slam dunked by the new NMDA antagonists (like ketamine) (~80% effective even on refractory depression) and psychedelic based drugs that will be coming to market in the next 5-10 years.) A drug in trials called AXS-05 combines an NMDA agonist with traditional SSRI - both FDA approved already - and DOUBLES effectiveness of other SSRI’s and it kicks in at 1 week vs 2-4 months! It’s going to save lives!

Yes oh yes, horse tranquilizers all round. Can I take them at work?

Ironically, they all tell you in a roundabout way to just get over it. So I think I’d prefer them to tell me to get a hobby lol. I don’t feel many people respond to cognitive behavioral therapy and SSRIs are worse than just being depressed

I once had a doctor tell me I couldn’t possibly be depressed because I was so upbeat and smiley whenever he saw me. Yeah, me and Robin Williams, we’re a buncha fakers.

I think if I went to my doctor and said, “Hey, I’m super depressed and can’t really find a reason to keep living” that he would reply, “Well just…

Yes oh yes, horse tranquilizers all round. Can I take them at work?

You’ll be able to when they hit the market. The anti-depressant effect of NDMA antagonists is way, way below the dissociative or anesthetic doses. And Ketamine is only the best known NDMA antagonist, but it’s difficult to administer orally - so ER’s could use ketamine IV for immediate relief for people in crisis - and then AXS-05 or similar can be prescribed and take effect in about a week. It uses a chemical cousin to ketamine called dextromethorphan - which you also know - it’s the active ingredient in Robitussin cough medicine combined with buproprion (wellbutrin).

(And FWIW - ketamine is extremely safe when prescribed by a doc - it’s one of the common and best choices that anesthesiologists use during surgery on infants because it’s so predictable, stable and easy to control. - and 50+ years of data on millions of patients in the databank for it. But any drug is dangerous when taken in the wrong dose like veterinarian strength for horses, or completely uncontrolled like “special-k” = ketamine club drug.) 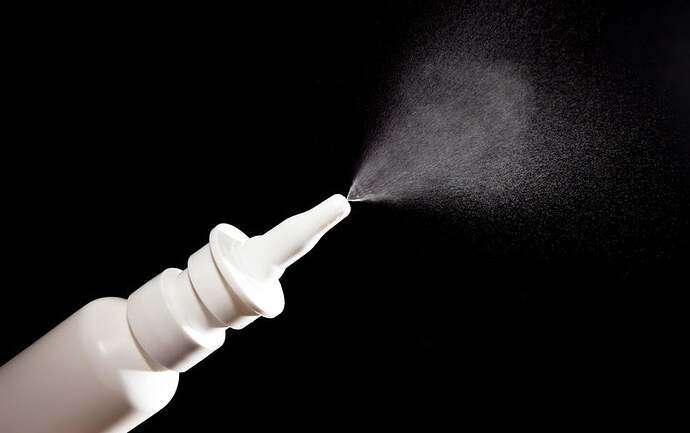 An anesthetic, a steroid and a psychedelic are new treatments for a devastating psychiatric disorder