Which one do you think is more important, the body or the pickups/electronics?

Yes, the point I tried to make and didn’t do a great job. Body and neck are important for reasons other than just tone.

Yes, the point I tried to make and didn’t do a great job. Body and neck are important for reasons other than just tone.

There’s a good video on Darrell Braun’s channel where he cuts a guitar apart with a jigsaw to see how much that affects the tone and sustain. On some of the videos where people have made guitars out of paper or concrete we joked about tone paper and tone crete

Sure body material makes some difference but pretty much everything else makes a bigger difference and there’s probably just as much variability between the same types of wood. Of all the things that make a difference, the biggest is probably your fingers/pick, and yet surprisingly few people seem all that concerned about that.

Even regular bridges vs string through and high mass vs standard really don’t make that much difference. Almost never have I wished for more sustain on a bass

The body affects weight and balance, also a consideration. 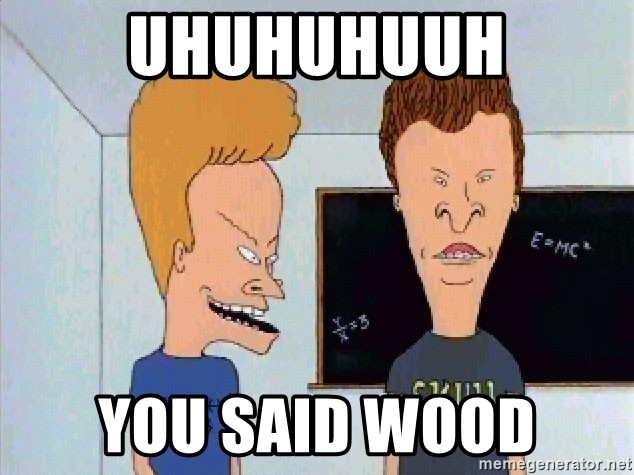 I am curious. How does the neck affect the tone or sound of the bass?

Neck effect how it feels, fast/slow, smooth/sticky. If you ever have a chance to play MTD, or older Tobias you’ll know and will come to love the asymmetrical neck design. Compound fretboard al so contribute to comfort of playing. Neck usually 2-3 times more expensive than the body on Fenders. You can’t even get a MusicMan neck replacement without sending it in.

Tone, well it’s more pronounced in fretless with the right wood or material really gives you the “mawh” hardness also play a good role you’d want your fingerboard to be hard and stiff, so I’d feel more responsive. That’s why when it comes to fingerboard I’m partial to man made material I own 4 of them, the richlite, Ebonel, carbon fiber and I’m not sure what’s on my willcox light wave saber VL is called? It’s wood and graphite baked together I assumed that it’s microscopically pores but super hard, feels awesome. Natural wood I like Wenge. On the fretted one I can’t tell the difference.

I do not know where this discussion will go since I have less knowledge about bass so here it goes.

It’s all good. That’s what we’re here for.

The wood of the body or the pickup/electronic?

Why are there bass players who use vintage bass rather than new ones?

Is it because they’re looking for the body?

People argue about tone wood all the time on the Internet. Personally, I think it has become a leftover from what worked in marketing acoustic instruments. For those it absolutely matters.

For an electric instrument… maybe a small amount. Not enough that I would ever be able to hear the difference.

I think this idea sticks around mostly because marketing always pushes it as an important factor. Back when Leo Fender was making instruments, he chose ash because it was considered a trash wood and he could get it cheap. He never considered it to make any difference to the tone. The only thing ash was used for before that were baseball bats.

I suppose newer pickups/electronics is much better than the vintage ones?

Not necessarily. The technology hasn’t really changed very much. The big change has been on the manufacturing side so that today we get more consistent quality between components and instruments. When everything was done by hand there was more variability and you could get two 60’s/70’s era Fender basses that played and sounded completely different. Where one would be a match to finest hand crafted instruments of the time and the next would have barely made it passed inspection.

Now there is a consistency of quality so the dogs that were put out don’t happen as much any more and the pickups have more consistent winds from one to the next giving them all a more predictable sound.

Are the wood of the body of these vintage basses are much better than newer ones?

No. We’re not talking about Stradivarius instruments. Part of what made his instruments so good was the wood he used from a very old forest that had gone through the last ‘little ice age’ causing the grains to be closer together and the wood to be more dense giving them a unique resonance.

The magic tone wood we hear about today is the same trash wood swamp ash that has been used all these years. I’m not calling it trash wood to be rude. At the time it was really referred to as trash wood.

I understand that ideally the body and the electronics are great. But if you must choose

Here are the same three things I recommend to everybody.

Interesting. Some of the higher end bass sold on the market seems to be expensive because of the wood used for the bass.

They’re expensive because the woods are more more expensive and/or require more expertise to work with. For instance creating a body with multiple layers of fine woods. Some of them are even beautiful and depending on the particular woods just feel good under your hand.

I am curious. How does the neck affect the tone or sound of the bass?

@Al1885 answered the direct question but I want to go a different way. Having a well made neck can make or break an instrument. The hard part is finding out what you consider a well made neck. There are a lot of variations and figuring it out comes down to spending a lot of time in music stores trying everything you can get your hands on and seeing how it feels to you.

I was right where you are and I’ve jumped down so many Internet rabbit holes trying to figure all this out. This turned out really long. I hope it helps demystify some of all this. It’s a lot to navigate, particularly when you’re new.

Thank you @eric.kiser for your time and your patience answering each of my questions thoroughly, I really appreciate it