So, OK, this is NOT about the general (semi-philosophical) question on what the “correct” frequency of A4 is (or what the universe’s fundamental frequency is) - this is more about the consequence of using a certain tuning and what it means for playing along recordings…

OK, first things first: I tune my instruments with respect to A4 = 440 Hz as reference, mainly because that is the de facto standard (aka concert pitch) and most tuners are by default set to this tuning. At least, that is what I have been working from so far.

I had just mentioned Seal’s “Kiss from a Rose” in a different thread, and as it actually is a very beautiful pop song, I took my bass and wanted to noodle/play along. Hm, OK, it probably has G as its tonal center, but it sounded clearly out of tune. Neither G# or Gb would sound better. So, I checked the tuning of the bass again, but all was as it should be. Then, I tried to use a tuner to get the general “tuning” of the song, and to me it’s about 30 to 40 cents flat.
Here is the version I am talking about: If it doesn’t sound slightly out of tune when you play a G to most of the parts, then please let me know!

The relationship between Hz and cent isn’t strictly linear, but 1Hz is roughly 4 cent, so a difference of 30/35 cents puts it in the neighborhood of A4 = 432 Hz.

Hm, OK, why would they do that? For the singer? Perhaps… To be in tune with the universe?? I don’t know…

So, off I go and google about “Kiss from a Rose at 432 Hz” and find, among other things, these two links:
A recording that claims to present that song based on the 432 Hz tuning: 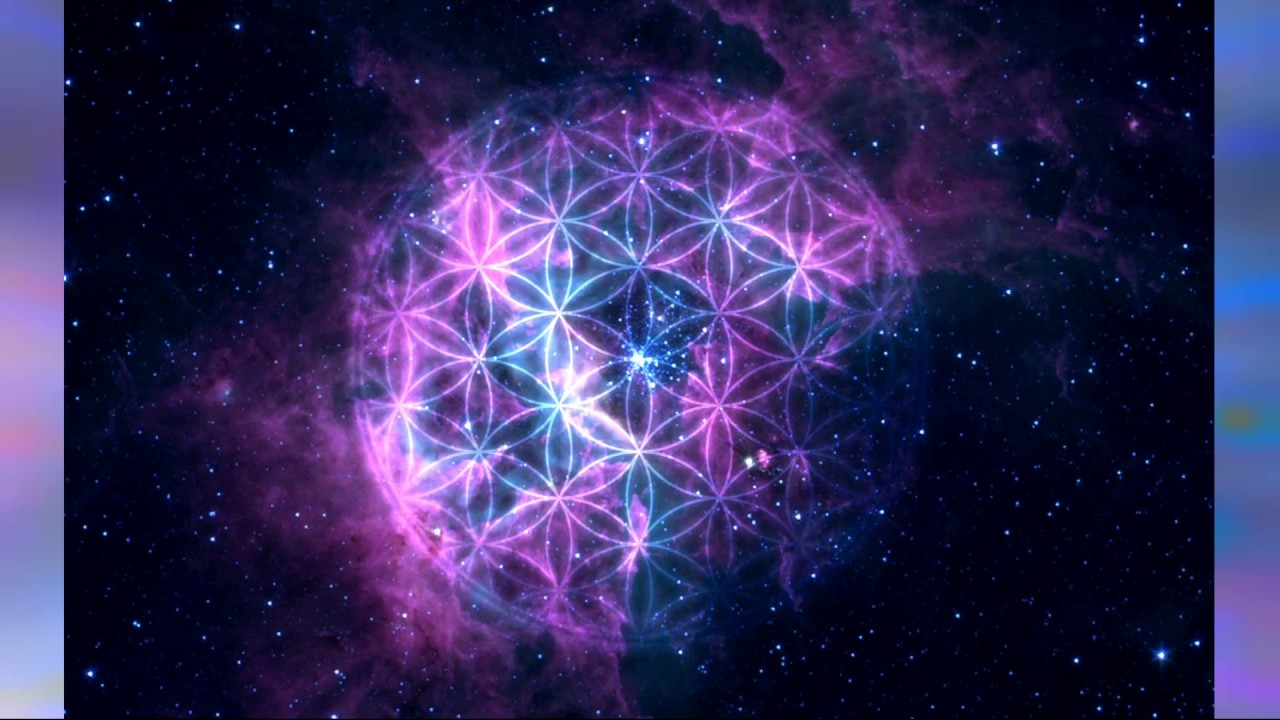 And the chords from Chordify for that song (also claimed to be with the 432 Hz tuning): 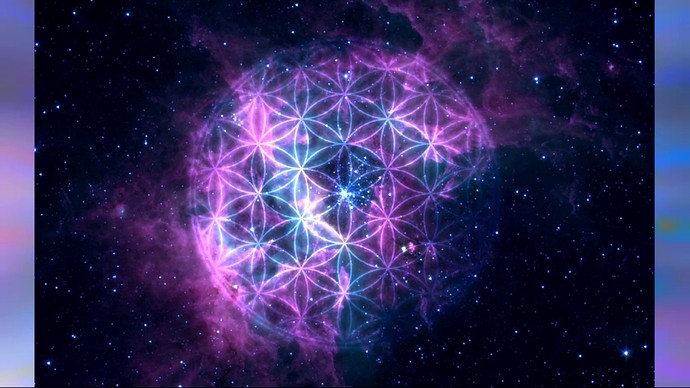 Now, both of these fit very nicely with my standard-tuned bass and the G’s sound very much in tune. Whereas, if I tune my bass according to A4 = 432 Hz, then both these version sound out of tune…

To summarize: the version I thought was in standard tuning is not - why? The two others that claim to be in 432 tuning are really not. Or are they? What am I missing??? This really has me non-plussed.

It’s also possible that Seal was out of tune

I always tune at 440 Hz to keep the standard. but actually there are a lot of songs with a slightly off tuning :

my personnal position is that I always tune in 440. if I want to do a cover of a song that is not in 440 (which is the case of my current cover by the way), I shift the original song to make it match the 440 tuning. the other solution would be to tune the bass by ear relatively to the record, but I don’t want to do this.

Yeah. Seal is primarily a vocalist and is the star; it’s even possible they tuned the instruments to his natural pitch

Thanks, @howard and @terb - yes, I can see what you are saying and concur. In my previous musical life, I didn’t use a tuner either… And, yes, I completely understand the need to adjust to the singer’s range or natural pitch.

So, yes, some of these explanations would explain why the song is not tuned according to 440 Hz.

PS: and by the way, the main video I linked is a re-mastered version… wouldn’t they move the pitch ever so slightly while they were doing the re-mastering?? It’s not the 90s anymore…

the universe can be facetious

Maybe the cosmic energy overloaded and sped the tempo up

What am I missing??? This really has me non-plussed.

Me too, Jörg @joergkutter . . . It’s something I’ve been wondering about but was too shy to ask

I always had a lousy ear for tuning. . . . we didn’t have tuners back in the olden days, so these things are a godsend to me! I’ve been using 440 on my two tuners (a headstock and an in-line). Although I see other settings, I had no clue as to why anyone would use them, so this is a really good topic . . .

Thanks also to @howard and @terb for their responses . . . It makes the most sense that there is some flexibility in tuning in order to match the natural pitch of the vocalist (or vice versa). I also did not realize that older records are often not in 440, so I learned something today! 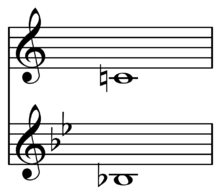 Concert pitch is the pitch reference to which a group of musical instruments are tuned for a performance. Concert pitch may vary from ensemble to ensemble, and has varied widely over music history. The most common modern tuning standard uses 440 Hz for A above middle C as a reference note, with other notes being set relative to it. In the literature this is also called international standard pitch. The term "concert pitch" is also used to distinguish between the "written" (or "nominal"), and "so...

Yes, this is all understandable and make sense (for the most part).

But, I still don’t get those other examples that claim to be tuned to 432 Hz, and, yet, they aren’t…

(in case you haven’t noticed, the whole 432Hz thing appears to be driven by some way out there conspiracy theorists

Oh, yeah, I totally get that (and also tried to poke fun at this throughout). But, what escapes me is that if you subscribe to such theories wouldn’t you make damn sure something is indeed in 432 Hz if you claim so, and avoid getting “caught” in an easy to prove lie??

Unless, of course, I am missing something here and my whole analysis is faulted… this is what triggered me to start this thread in the first place. (Paranoia creeping in

(And, yes, I am aware, as recent events show us, being caught in a lie is still no argument for die-hard conspiracy guys to drop whatever they believe in)

My suggestion Joerg @joergkutter,
Is they have tuned instruments to be in tune with his voice.
Cheers Brian

The two others that claim to be in 432 tuning are really not.

Maybe they forgot to reprogram the always on pitch corrector.

Oh blame me! What have I kicked off? Somehow I feel responsible for this!

OK, some more digging (and wading through a fair share of conspiracy theories involving the Nazis, Stonehenge, Pythagoras, chakras, Fibonacci numbers, the diameter of the Moon, and much more), it turns out that “A Kiss from a Rose” very likely was indeed recorded using the reference of A4 = 432 Hz as “concert pitch”.

The reason for it was not disclosed, but we have covered the most likely reasons here. In the end, it could have been a purely artistic choice, and that’s fine.

NB: using 432 Hz for A4 is basically just detuning everything down from the currently accepted “standard” of 440 Hz. It still uses the equal temperament tuning defining the frequencies of all notes in relation to each other. (It gets really weird when people use 432 Hz as the base and then other frequencies for the other notes that mostly look good (and apparently can be explained to stem from biological, spiritual or celestial sources), but don’t sound good - Adam Neely has a video on that (of course)).

Now, for the second part of my conundrum: it really seems that some knuckleheads trying to peddle 432 versions of songs as being “better” have somehow managed to convert a song that ALREADY was in 432 such that it ended up in 440

Still, you might find (for whatever hard to explain reason) that a lower pitch version sounds and feels more pleasant to you - that is OK, but it has nothing to do with a particular specific number for the reference frequency.

Thanks for staying with me

Thanks for staying with me

We’re always with you, Jörg!

Have to admit that I once too fell into this particular rabbit hole.

I even bought a book called Quadrivium about how everything is connected…all filled up on my conspiracy fluids I tuned my acoustic guitar to 432…expecting to be reconnected to the universe with the next strum of the strings.

“meh” is all I remember feeling. Interwebs makes everything sound so exciting.
YouTube algorithms used to be one black hole back in the day. One wrong video and your suggestions would be flooded with all sorts…somehow always ending up on the edge of flat earth it seems.

(and wading through a fair share of conspiracy theories involving the Nazis, Stonehenge, Pythagoras, chakras, Fibonacci numbers, the diameter of the Moon, and much more)

Ok, Ok, Ok . . . while recognizing that what you watched probably was ridiculously “out-there” I can’t let this go entirely without comment.

As someone who is not entirely untrained with respect to science and relies on physics for the successful application of their craft, I like the alternate perspective that the chakra energy model of the body provides. Even though it’s not literally accurate, it does have quite a few modern parallels that are now explained by research. I could go on and on about that, but what I really want to point out is that the body does respond to frequency. My observation has been that some things apply to a wide swath of people and some things are unique to the individual person. It’s one of the things I’d love to spend time researching the specifics.

I lead a breathing meditation practice where I almost always play the same music sequence. Over many years of playing the same piece and observing hundreds of people go through this process, if they’ve got crying to do I can tell you the exact note where they will break out and start. I don’t know the tuning of it. I don’t know if it’s the note itself or the progression or both. This is where I’d love to do research to find out what it is that gets people.

I do think part of it has to do with body resonance. Everyone are different sizes and shapes so there is variance, but I also think there may be some things that are possibly common to humans, at least on a standard distribution within a reasonable range.

I have a huge Tibetan singing bowl that’s so large I can turn it upside down over my head and hit it with a mallet. It settles me right down. I’ve heard lots of bowls and none have ever had quite the concentrated effect that this one has. This is one of those cases where it seems to match something with me. Others like it too, but it doesn’t seem to evoke the same overwhelming response from them.

We have a good number of examples of the therapeutic power of music. Even if it’s calming people enough that they can get sleep when they are ill. (https://lisalynne.com/about/lisa-lynne/)

I don’t know about 432 or any other specific number or conspiracy theory, but I do like . . .

“If you want to find the secrets of the universe, think in terms of energy, frequency and vibration.”