Hi,
I have a '91 Ibanez SR800 with a 3-point bridge like in the photo.
I’ve experimented with a few setups and definitely like low, soft, easy action. Don’t mind fret slap/ a little buzz when playing harder, especially now with flatwounds.
The factory setting is 0,3-0,5 mm clearance and action at E 2,5mm & at G 2,0mm.
I have my neck relief set so the clearance is very barely 0,3 mm (maybe even a bit less, it’s hard to tell with the flat feeler gauges between a round string and rounded fret), and I still can’t get the action lower than 2,5mm on G string. With the bridge screws loosened all the way out (bridge laid flat as low as could be) action is 2,5mm at both E and G string.
Because of this it’s noticeably harder to play higher than 12th fret. I gave up on the tapping exercise in one of the last lessons of the course, I just couldn’t get any good sound because of this.
The strings are standard gauge (45-105).
Am I missing something? I can’t really set any more neck relief, another 1/6 turn of the nut brings clearance to 0…
The neck doesn’t seem twisted, clearance is rather consistent on both strings.

Maybe your truss rod/neck needs to be flattened/adjusted. Or perhaps lower your string nut. @3:30 he begins to measure/adjust the nut. So there’s a few possibilities. One is nut height; you can measure that by fretting each string in the third fret on the opposite side, up against the second fret wire. It should barely clear the first fret with a tiny tappable gap, like 0.1mm. If the gap is large (say, 0.3-0.4mm) your nut is a little high. Much more than that and it’s a lot high. This is an easy fix, if it is a standard flat bottomed nut; just remove the nut and sand the bottom on a flat piece of sandpaper on a block (or table) until it is the correct height. You can then fine-tune if needed by slightly filing each slot if any are still high, but I have never needed this; sanding the bottom does just fine. (If you have a round bottomed nut, you can use sandpaper wrapped around the fretboard as a sanding block, but it is a little harder. In extremis you could also file each slot, but that’s by far the most error-prone way.)

If the nut is fine, you can also consider a replacement bridge that sits lower. The problem here is finding one that’s lower, and also potential issues with pickup clearance (though this will likely be fine).

If you’re unlucky and it’s not the nut and a bridge change can’t help, I would ask a luthier as you’re potentially going to need to shim the neck. While you can probably do this too, I don’t know about buying precut shims the right size for your bass.

Those are some solid tips.
A quick look at nut height reveals a tiny gap of around 0,1mm at G string and I’d say around 0,2 at E so no complaints there.
Also, I guess due to the headstock shape & “reverse” truss nut placement, the nut seems glued in (photo should explain why), filing might be the only option if the height wasn’t correct
I’ll look into shimming the neck, should be much cheaper than a new bridge. Pickups have a good range of adjustment. I can also just make a CAD drawing of shims and order a few.
Also, now I’m considering maybe taking out the “barrels” from under the strings and having the grooves turned a bit deeper (no groove correction for E, x correction for G and 1/3x and 2/3x for A and D to keep things linear).
Edit: a potential problem with that is the fact that, if I need the G string to sit 0,5mm lower at 12th fret, so half the length between nut and bridge, I’d need to reduce the radius by 1mm at the bridge. Not only it is a big change of bend radius at bridge, but also 2mm less in diameter is is a big dimension change for something that small. Maybe I’ll hold off on that.

the nut seems glued in (photo should explain why),

That’s normal, they still usually pop off easily. The string tension is what really holds them in place, not glue. Usually only small amoounts of glue are used to tack it in place while stringing.

I’ll look into shimming the neck, should be much cheaper than a new bridge.

Unlikely, Bridges run about $50USD or so. I mean you can spend as much as you want, but you ca get a Gotoh in that range that will be as good or better than most others.

Flats do not slap well…that may be your problem

You need a neck shim, there’s no other way around it.

I love Eddie but I won’t stand for insulting flat wounds. Round wounds belong in the bin

I love Eddie but I won’t stand for insulting flat wounds. Round wounds belong in the bin 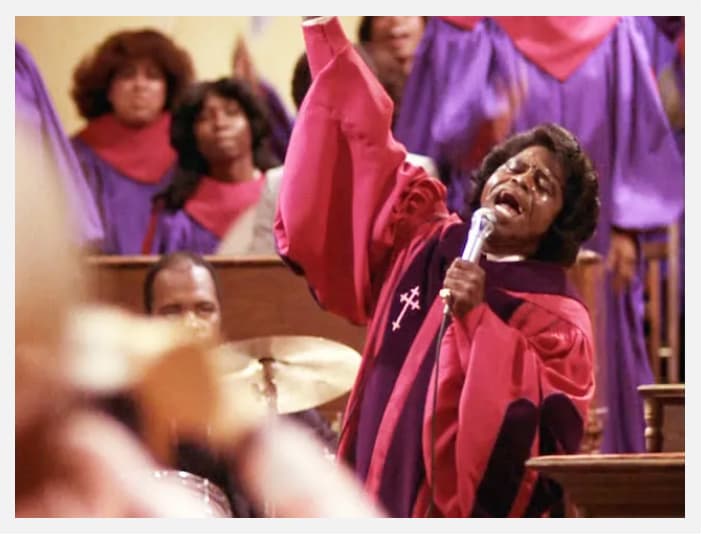 I drew you a fancy diagram. You can make one yourself easily out of hardwood veneer. Something the thickness of a credit card should get you where you want to be, maybe slightly thicker. I’ve had to make probably 15 of these in the past month or two. It’s completely common and is sometimes even handled at the factory. Only in extreme cases would you ever see a gap in the neck and neck pocket from a shim, and in that case you could a cut to fit preangled stewmac shim 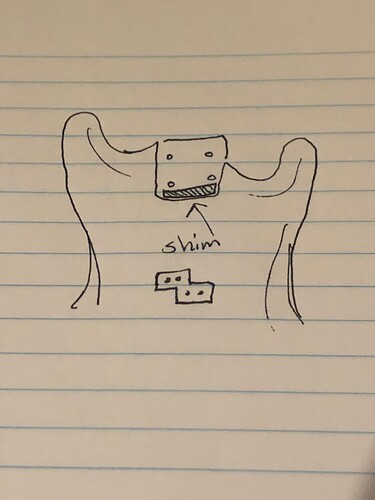 i am probably ruining my instruments and you shouldnt listen to me, but 3 of my basses have neck shims at the heel…just can’t seem to get low enough action without buzz otherwise. i use half cut business cards.

They actually do, not that I care

But the pickups in this bass are quite hot.

I drew you a fancy diagram. You can make one yourself easily out of hardwood veneer. Something the thickness of a credit card should get you where you want to be, maybe slightly thicker. I’ve had to make probably 15 of these in the past month or two. It’s completely common and is sometimes even handled at the factory. Only in extreme cases would you ever see a gap in the neck and neck pocket from a shim, and in that case you could a cut to fit preangled stewmac shim

No offense but I’d not suggest this. If you are gonna do a shim do a full sized one for your neck pocket. Issues with small shims are moisture over time (depending on you place, and if you travel alot with your bass), cause necks and bodies do not have protection at the neck pocket and you introduce air pocket between the two with edge shim, and stability.

Flats do not slap well…that may be your problem

Tell that to Louis Johnson.

@jakub.r.salata And yes finally in most cases when you straighten your neck totally, and your height of bridge saddles is at bottom, and you still don’t have low action, it’s issue that shim is gonna fix. I’d suggest against premade shims, unless you have no options.
Best thing would be if you have a luthier around, so he could measure what thickness shim would be the best for your bass.

There’s already an air pocket there without a shim. Are you going to go swimming with it?

If there is already an air pocket, it’s not very well built bass.

Are you going to go swimming with it?

You might, or sometimes a rain could catch you outside.

I’m just passing knowledge I obtained from my luthier, you can take it or ignore it, totally up to you.

it’s a solid body electric instrument, not the space shuttle

Is there an advantage to doing a partial shim? The only time I have seen that recommended was to correct for a bad neck angle.

Less time consuming that a full shim. Some people think they can cause the end of the fret broad to hump, and maybe they do after 15-30 years. But you’re talking about shims that are less than 1/16”; a 1/16” shim is huge, and can get you almost another 4/64” of action out of the saddles on a bass. The other advantage is you can learn to work on your own things instead of spending $100 and waiting 2 months for someone to do the same thing. There are still a ton of 70s fenders out there with the micro tilt necks which are a lot less stable than a full width partial shim.
You really just never know what you’re getting anymore. I’ve seen $2k american ultras need neck shims, I’ve seen $400 generic basses with neck pockets so tight you have to lever them out, I’ve seen $3k martins that won’t play out of the box.

Hmm. If you’re going to the rest of the effort, why not just cut a shim that fills the whole neck pocket? It doesn’t seem like much more work and doesn’t need to be completely exact. For the neck joint, it seems to me the more surface area, the better.

Best solution is just get a neck through bass.

70s fenders out there with the micro tilt necks which are a lot less stable than a full width partial shim.

Wonder why they gave up on them.

it’s a solid body electric instrument, not the space shuttle

I’m just passing whats better for longevity, take it or leave it, in the end you can use duck tape to shim you neck.

Yeah, I’d have to agree with you. A partial shim will change the set angle of your neck. While that’s sometimes needed, I can’t see it being a good thing in all cases. I have the neck tilt adjustment on two Peavey basses and I have never felt the need to dicker with it.