I hope I can communicate my question correctly.

So I recently purchased a Focusrite Scarlet Solo and I’m trying to figure out how to make this work how I want it to.

Basically, what I’m trying to do is be able to plug my guitar into the amp or interface, hear the sound from my Bass amp while playing, and still be able to record into Ableton or Rocksmith with no background noise. (this means, microphones are out of the question, too much noise in my home).

Before I mention what I’ve already tried, here’s what I’m working with as far as gear (will also mention the amps inputs to make this easy for anyone trying to help <3 ) :

What I tried so far is I bought a cable that is Dual TRS 1/4 to single TRS 1/4. Connected the end with 2 trs connections into the back of the interface (where you would usually plug in studio monitors) and connected the other end to the amp where i’d usually plug in the guitar. Ultimately, this did work, butttttttt it sounded like crap.

I don’t know if it will work. And I’m not sure the quality will be that great (not a big deal but would like it to be somewhat close to what the amp originally sounded like). I’m also worried about breaking stuff.

Does anyone have a better solution than this? The general idea I’m going for is, I’m trying to be able to record isolated instruments (in my case) from a live performance.

I think you want to plug your bass into the amp, and get an XLR cable to run from the amp into the Focusrite XLR input.
This will allow you to play your bass thru the amp and record a balanced signal to the focusrite.
Two ways you can do this.
If you have effects or pedalboard, you can plug the bass into the pedals, and the pedals to the amp.
This way, when you send the signal to the DAI, you will send the sound you created from the effects.
Or
If you rather, you can plug the bass into the amp, and the Xlr from the amp to the DAI, and plug your effects inot the FX loop (if you have one) and then you can mix your effects with your dry signal, and have the sound you create from your pedals to play thru the amp, BUT the signal from the amp to the DAI will be ONLY the bass signal, and you can mix the effects into the bass track.

Also, I am no where near an expert in this matter, so you may get better answers from others on the forum.

You can also use a 1/4" from the Amp to the Focusrite, However, you will probably need to go out of your Speaker Out on the amp, and it will not be balanced, and will be high impedance, meaning you will need to be careful with the incoming signal, needing to turn the gain way down so it does not clip.
The PAD or Instrument button on the front may help with this because it expects a higher line level than the XLR I believe, but this will nock around 10 to 12 dcb off the incoming signal. I may not be using all the proper terminology.

Connect your Fender Rumble LT25 via USB to your computer so you can record straight from your amp into your DAW. You don’t need the Focusrite DAI in this case.

The general idea I’m going for is, I’m trying to be able to record isolated instruments (in my case) from a live performance. 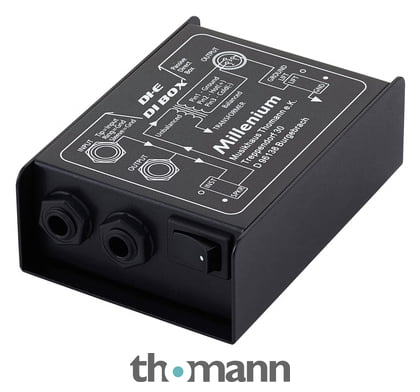 Gonna second what @Paul said…get DI box and connect it like this:

Thanks everybody for your responses. I really appreciate it

@Paul & @Noisembryo - will the DI box approach prevent use of the effects on the amplifier in recording/listening? This is one of those weird amps where I can just turn a knob and it adds delay effects and whatever else

Side note - Plugging the amp directly to the pc does work to record in Ableton (blew my mind). But, for whatever driver related reason, it isn’t working in other things like Rocksmith. Tried getting drivers (asio4all, etc) and configuring config files for the past 30 minutes and it couldn’t pick it up, so an interface is still needed it seems, unfortunately

…will the DI box approach prevent use of the effects on the amplifier in recording/listening?

You are splitting the signal with DI box so you won’t hear effects from your amp on recorded track. You will hear them from your amp.

That’s fine actually. The one you linked is in another country. Will this one suffice?

I would go for the one I linked below. It’s just a few dollars more but it has more & better reviews and seems to be the top seller. The Monoprice one you linked kinda bugs me that you don’t see the other side of the case. I think they use a XLR-mini port instead of a default XLR port.

Got it, thanks so much everybody.

It appears to be a standard XLR based on the top diagram, and the documentation mentions nothing about a mini port, which I would assume it would, if it had something non standard.
Monoprice has always been top notch gear for fraction of the price,
BUT, I have no experience with D.I. boxes, only their wires and patches.

If the other one is affordable, and available, all good, but if not it should work.
Here is the manual
They are cheaper directly from MonoPrice, but not sure about shipping.

Sorry if I wasn’t clear, it is standard XLR but the DI output on that Monoprice seems to be a balanced XLR jack (Amazon calls it XLR-M in the description which stands for mini apparently and refers to the jack connection). For a few more dollars you get a common XLR output connection which requires a standard XLR cable. This way you can also use your XLR cable on other DI outputs.

Just my 2 cents. Both work ofcourse.

Sorry if I wasn’t clear, it is standard XLR but the DI output on that Monoprice seems to be a balanced XLR jack (Amazon calls it XLR-M in the description which stands for mini apparently and refers to the jack connection)

I guess I don’t understand what you mean.
I understand the part about Amazon labeling it XLR-M and that would mean mini, but I think it could be Male, cuz of the pins, thats how the manual shows what looks like standard in / out XLR on the diagram.
TBH, they look like the same thing, with different color paint.

I am not trying to argue, I am trying to understand what I am not seeing.

and the price difference is so slight, you are right, maybe just get the one with better reviews.
I have come to rely on MonoPrice, and great return policy and warranty, so, me personally I would be comfortable with them rather than no name. Otherwise, I guess the Radial ones would be the top brand, correct?

Yeah Radial is top brand for sure.

I am not trying to argue, I am trying to understand what I am not seeing.

No worries, I’m purely talking about the connection and not the quality of the brand. I’m almost sure that the Monoprice DI output is a jack. Let me link the cables. The first one is with a jack and the second one is male/female XLR. I’m just stating that the last one is more common. That’s why I personally would go for a DI box which supports the more common one. 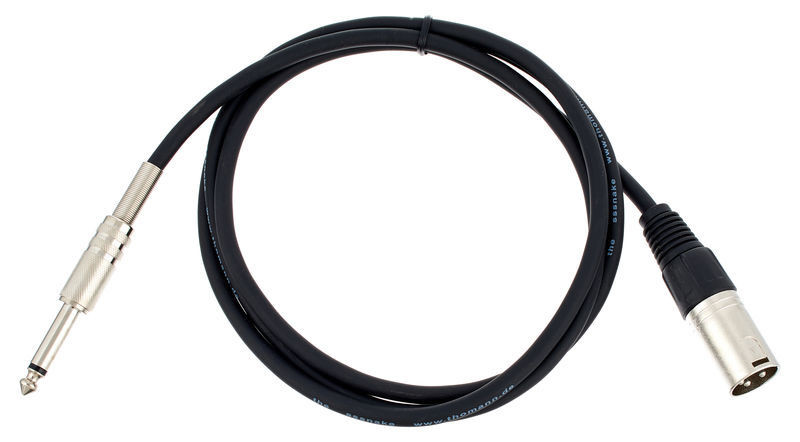 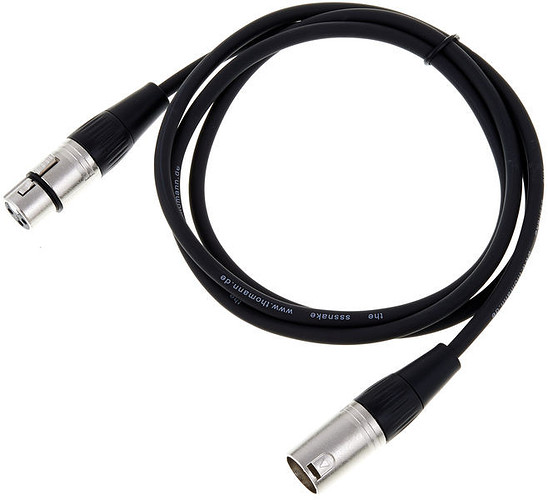 It’s not a big deal either way.

I went with the one you recommended @Paul. Went with short wires and i’m going to velcro the 2 boxes on to my amp and I should be able to make this setup portable and look relatively clean too. Thanks again everyone, I’m new to bass but am pretty tech savvy but this is a whole new world for me lol.

Believe it or not, all the stuff already came to my door. I’m not getting sound from the amp though. I tried connecting the 1/4" to the Input port and nothing happened, immediately disconnected it after i saw it didn’t do anything.

my question now is would the 1/4 inch cable would go from the headphone port of the DAI to the INPUT or AUX port of the amp? If it’s AUX, i’ll need to get a 1/4" to 3.5mm adapter.

Plz forgive the asking before trying, just don’t want to break stuff/and annoy the amazon returns department more than i already have

Are you using TS 1/4 cables? You can’t really use the TRS ones.

Your bass should go into the hi-z input of the DI box and the hi-z output should go into your amp but you need TS 1/4 cables for both (since it’s a mono signal). Also set the little switch to -0 db. Let’s try to fix this issue first.

After that you need a XLR cable male / female to plug from the DI box into your DAI. It looks like this: 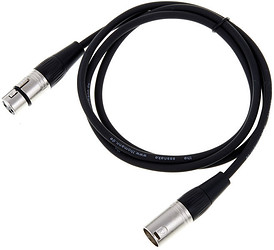 So my bass guitar cable is currently a TRS, should I get a TS cable for that as well?