I’ve always been a massive AC/DC fan since buying my first record ( yes I am that old ) in high school.
So learning the bass I thought would be an epic opportunity to play along with some of my favourite songs. To my amazement I’m able to bash out a lot of their most well known songs with very little trouble.
I know Josh mentions the use of effective simple bass riffs in the course but I don’t know wether to be pleased I can begin to emulate my lifelong heroes or a little disappointed

Just because it is easy to play doesn’t mean it’s not good anymore.
If it was good to your ears all those years why doubt it now that you know how to play it?
I kind of understand what you mean but that is something that annoyed me incredibly when I was playing guitar back in the day. “Everyone” of my peers was learning an instrument and there were certain people who stopped being able to enjoy music.
We sat there and listened to a song and the discussion starts dissecting and analyzing the piece. It was awful.

Don’t be, please. Or try not to. Reasons explained above and also…
I think most of the best sounding bass lines in finger style are playable for us B2B graduates but that’s why we went through the course, isn’t it?

You’re playing them. They came up with them.

Get back to us about being diappointed when you can come up with epic bass riffs for songs you collaborated on.

I get where you’re coming from @mac, but I agree with everything @juli0r said.

In my case, I’m still amazed with how simple basslines transform a piece completely. It’s still somewhat magic to me

It’s all magic until you know the trick

You’re so right @peterhuppertz ! I never thought of it like that . I wonder if Angus would reform the band for me

As are you @Tokyo_Rat and @gcancella. And @juli0r you’re spot on mate. Brought myself down to earth by trying a couple of later tracks,then some Motörhead and just shrugged at the Alter Bridge songs

Some of the best, most iconic basslines are simple. Simple does not mean ineffective

Music doesn’t need to be complex. I really like the Bon Scott ACDC. But musically, it’s just some bluesy rock. It’s about emotion, you don’t need the technique overkill.
I also think that some music is nothing more than adding up skilled musicians but lacking any emotion, like what Dream Theater has been doing for a long time now

but lacking any emotion

Do I even want to play it?
No. Not really.

@howard, I really do love their old stuff

Seen them live at a festival last year and was WTF

That is exactly the sentiment of my friend that is a big fan.

I like them (Myung and Rudess are great) but was never a huge fan, probably because I got in to them late.

The way to go is to look for bands Mike Portnoy plays in… Whinery Dogs, Sons of Apollo… and behold, who’s playing the bass? Billy Sheehan

Steve Vai did some pretty cool stuff. I’m no unconditional fan, but I enjoy at least some of his older stuff (Passion and Warfare/Sex & Religion)

Really? I completely lost interest in his music when I stopped playing.
Seems like there are at least some non guitar playing fans of him

What about Joe Satriani then? His music I kept liking even after I stopped playing myself.

But Allan Holdsworth is one of my three favourite musicians of all time.

Now you lost me. So I gotta check him out I guess.

Now you lost me 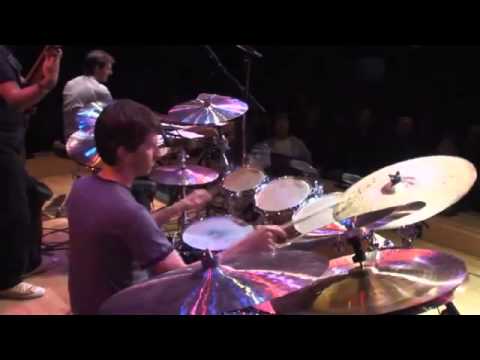 Here’s what Steve Vai had to say about Allan:
“I very rarely agree with the term best guitar player. It just seems so obscene to put something so subjective into a best category. But if I had to say there was one, I would pick Allan Holdsworth.

He was unique in ways that I don’t think have been discovered yet. Many musicians can be considered ahead of their time, but usually… they’re not. They’re mainly ahead of everyone else at that time.

“For example, Jimi Hendrix wasn’t ahead of his time; he was perfect for his time and ahead of everyone else. Allan Holdsworth was definitely ahead of his time because it’s hard to realise how great he is - not many people actually understand. It takes time for us to catch up with those that are ahead of their time.

I would not be surprised if in 100 years from now, if people are still even listening to guitar - which I suspect they will be - he’ll be singled out as ‘the one’ alone, so to speak.

“The way he uses the whole tone scale is like his own baby shoes - it’s so easy for him. His thought process was phenomenal. I can hear any guitar player and I know what they’re doing - I might not be able to play it - but I can see it in my mind’s eye. But I do not know what the fuck Holdsworth was doing at all…”

Hey Mac,
Look at it this way, you can now play all the stuff you enjoyed listening to as a teenager.
Now that’s a blast,

I love the dirty deeds Album, I remember listening to it over and over and over, when I was a teenager.
Cheers Brian