i use a clip on tc for my u-bass. very fast and accurate, i don’t even bother to remove it anymore, it just lives on my headstock. maybe because you have to tune ubass’s every 6 seconds.

Thank you all very much for the suggestions!
I didn’t know that clip ons can detect the vibrations without an amp and for sure didn’t know about what to avoid etc, didn’t know I can even tune with Voxamp into my phone lol
Thank you everyone. <3

Clip-on tuners work very well, and can be used with or without an amp, but may not be quite accurate enough for adjusting intonation, @NocturnalPulse

Hello Joe!
I am not very fluent with setup-ing my bass, except of adjusting my action once, after I got lighter gauge strings and got some buzz on my 3rd fret of the E string!
I am a noobie still, I just wish to tune without amp

Under $25, and super easy to use. When I’m playing along with songs for fun I sometimes just leave it on the headstock so I can quickly go to Drop D and back as songs come up in rotation

(I use Rocksmith a lot, purely because it’s crazy fun - I know it’s not a “serious” training or practice tool - but Rocksmith is the lure that gets the bass in my hands a lot).

Hey guys. I’m just starting to play the bass. I also play the guitar and generally use an app on my phone for tuning it. I was wanting to know if it was possible to use a phone tuner or would I need to purchase a separate tuner for a bass?

I also play guitar and ukulele and discovered my Snark tuner was not picking up the lower frequencies of the Bass reliably. I have a Behringer in-line tuner and it works just fine but I am not a pedal fan and so for home practice I just looked for an app for my Android phone.
I highly recommend the istrobosoft phone app, from Peterson, for iphone or Android, but would caution that although it works without the direct connection to the phone it works best with the interface cable and for $7 for the app + $40 for an irig2 interface I ended up with a great strobe tuner for a fraction of the cost of a standalone strobe tuner for hundreds of dollars.
Note: This was covered in a separate thread recently:

Do you set up your own bass(es)?

I’m asking because, although I’m new to the bass, I’m not new to DIY projects. I don’t mind having to buy a few tools that I don’t already have and I like the idea of learning to maintain and tweak my bass myself. Am I crazy?

Also, do we need to connect the bass to an amp while tuning or can we tune without an amp?

No, you do not need the amp to tune. I usually tune without the amp even being turned on

I’d stay away from Snark.

My Snark Super Tight tuner is very unreliable for my Bass but works perfectly for my 6-strings and ukuleles.

I use a TC electronics polytune 3. It runs on a power supply or 9 volt battery. Works well. Inexpensive.

I just tune mine by ear from my Steinway Grand Piano. I assumed that’s how everyone did it. 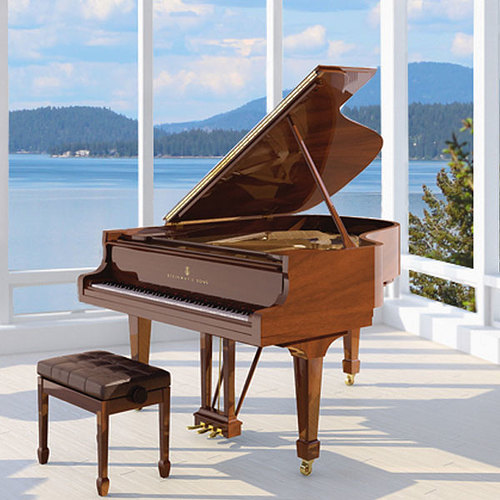 But you have to admit it’s a bugger to take to a jam or gig.
But then again, after this people would never complain about the weight of larger amps.

My Snark Super Tight tuner is very unreliable for my Bass but works perfectly for my 6-strings and ukuleles.

Yeah, I specifically meant for bass. I found it really struggles with the E string. I guess I should have been more specific.

But you have to admit it’s a bugger to take to a jam or gig.

That would be ridiculous. That’s why I take my Schoenhut mini upright. Heavier than a tuning pedal? Yes, but the tone is worth the extra weight. 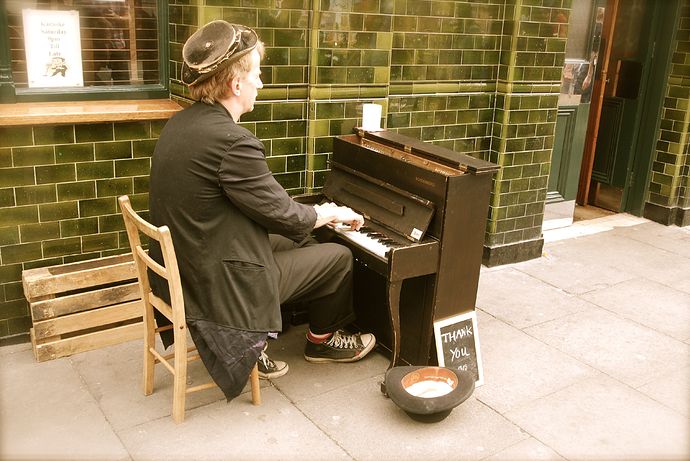 I found it really struggles with the E string

That is why I got the istrobosoft app and irig2 to connect to my phone directly.

Just using the app and the phone’s microphone the tuner also struggled with the E and A strings. But all is good now and an added benefit is that I have a strobe tuner I can use for my Bass, guitar and ukulele setups, especially for checking the intonation.

I think iStroboSoft is the best tuner I have ever used. Definitely beats my old Boss Tu-2, which was also good.

It’s basically a Peterson tuner with a much better display. Really needs the cable to shine, though (or an iRig).

I take my Schoenhut mini upright

I had no idea they made such small pianos.
Well looks like another solution for a portable tuner and this one looks like it might weigh less than some high powered amps and speaker cabs

I think iStroboSoft is the best tuner I have ever used.

I was thinking the same thing.
Never used a strobe tuner before, primarily because of the price, but I love the ease of use and accuracy.

It’s amazing how sometimes your purchases turn out to be so much better than you expected. This strobe tuner app + irig2 and the Zoom B1X 4 certainly fall into that category.
Note: The irig 2 also has apps it can work with for multi effects like the Zoom B1X 4 and works with Bandlab for recording. Bonus

I’m using a Snark tuner. The GAD strings tune easy enough, but I’ve broken 2 E strings because then tension is too strong to reach optimum level with the Snark. I THINK both strings were 100’s but I’m not sure since they were the originals.

I used a regular Snark on my 6 strings and Baritone Ukulele and never had a problem for many years.

When I purchased my Bass I bought a Snark 'Super Tight. tuner, as the regular Snark did not pick up the D and G strrings reliably. The Snark Supertight was just as unreliable so I got a Behringer in-line tuner and just recently the istroboSoft app and irig2 for my Android phone.
IMHO the istroboSoft app is the best of the bunch, and most convenient to use, when it is connected directly to my phone.

I have two snarks, a red one and a black, each came with a bass. The black snark is easier to use, I suspect more current firmware. Both work fine on my Fender’s. Both had a hard time picking up the E string on the Schecter.

I have Korg tuner as well but it doesn’t get a lot of use. The basses stay in tune pretty much

Both had a hard time picking up the E string

I had this issue with the Snarks, but it almost seems like it is a processing speed issue. They seem to get stuck on one note, and when you switch to the next one, it seems to hang up for a couple plucks until it tracks the next string. AND it hangs up longest going to the E string. Sometimes it even picks it up as a B.

I find with these tuners, that when you fnish one string, to fully mute all strings until the screen goes blank, then start back up on the next note.
I often had to do that anyway, when i was switching strings, so I just started muting all strings after tuning each string to cut to the chase.

That said, I have a red Snark…
Somewhere

I pretty much tune exclusively in Garage Band now, or pop open a phone tuner app if I am not near the computer.