Here’s what’s already in it:
Day Tripper
All My Loving
Strawberry Fields Forever
In My Life
Here Comes The Sun
Ob-La-Di, Ob-La-Da
Can’t Buy Me Love
Eight Days A Week
Ticket To Ride
Norwegian Wood (This Bird Has Flown)

I like “I Saw Her Standing There.” Here’s one bass cover of it, mit einem Höfner, no less!

“Hey Bulldog” has a great bass part, also. Although I like the song, it’s not in my top ten for Beatles.

So many great ones, but “I’ve Just Seen A Face” is easily my favorite Beatles tune.

It would be a much shorter list if you had asked for Beatle’s songs I DON’T like, but it would hard to think of any.

Let it Be is up there for me. And I’ve always liked Rocky Raccoon

+1 With @skydvr and Rocky Racoon and my submission to the playlist is Taxman. Pam, for me I can live without the token songs they gave over to Ringo to sing on. Octopus Garden, Yellow submarine, Don’t Pass Me By. I can just about live with ‘with a little help from my friends’ but that’s mainly because I can listen to Joe Cocker’s version in my head

Those Ringo songs aren’t at the top of my list either, but I can tolerate them…

Last night I watched Danny Boyle’s movie “Yesterday“ in which a singer songwriter has a car accident and wakes up to a world in which nobody has heard of the Beatles and then starts to make a career of performing their music… The film reminded me how beautiful “The long and winding road” really is. There’s a solo piano performance of this tune by the lead actor with all the orchestral sugar stripped away which reveals how strong the songwriting is. 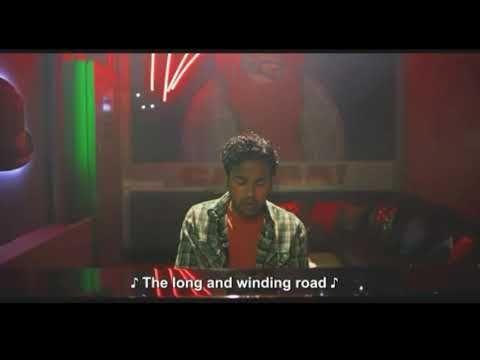 Like a lot of you, I’d not be able to pick any one song because I love them all, but if any new bassists are on here this morning, “Help!” was one of the first songs I jammed with friends to on bass. And though it’s a Wings song and not The Beatles proper, “Jet” was the first song I was able to sing while playing bass to. Ol’ Macca’s got to be involved with all my bass milestones in some way!

I prefer the original thrash version of Eleanor Rigby, not the more sedate cover that The Beatles did. Side 1 of “Abbey Road” (yes, even “Octopuss’s Garden”)
“Back In The U.S.S.R.”
“Eleanor Rigby”
“The Long and Winding Road” (untouched by Phil Spector)
“All You Need Is Love”
…and many more.

Of all their solo work, I definitely like his the best…

Just watched an interesting video, “10 Beatles Hits That ‘Rip Off’ Other Songs,” which for one example shows how the bassline for “I Saw Her Standing There”* was taken from Chuck Berry’s song “I’m Talking About You,” which the Beatles had played in their Hamburg days. Paul used a different chord progression, according to the video.

Ya learn something new every day!

The part about the opening of “Revolution” being the same as part of “Do Unto Others” by Pee Wee Crayton reminds me of a personal anecdote. Long ago, in a decade far, far away, I used my parents’ stereo to play my records. One day, after obtaining the “White Album,” I put on “Revolution,” with that distorted, frenzied guitar opening, causing my father to rush into the living room very concerned. He thought there was something wrong with the electronics, so I had to explain that no, that’s how the song goes. At the next gift-giving occasion (either my birthday or Christmas), I received a nice set of closed headphones.

*“Well, my heart went “boom”
When I crossed that room
And I held her hand
in my-eeeeeeeee-eeeeen!”

Hi All. I’m trying to learn eight days a week and all the YouTube videos I can find play it an octave too high. Does anyone have a version they can share that is true to the song?