Just looking for advice on the best fuzz pedal to use with a 6-string bass - specifically, I want something that will give nice creamy sustained tones high up on the top strings (C/G/D). And yes, I’ve tried the EHX Bass Big Muff (Nano), and those top strings warble / break up no matter how much I tweak the settings. (Works okay on the lower strings, but that’s not what I specifically need.) Anyone had experience with a good fuzz on a 6-string?

This plugin (link below) has 4 EQ bands with fuzz which can be applied separately to each band, which should get you close to what you need. I use it to get effects on snare drums when I don’t want the same effect on the kick drum (and vice-versa):

PS. This reply is mainly to give your post a boost … I know you’ve asked for a pedal (but … sorry, I don’t use pedals).

A guitar fuzz pedal might be a better option?

A guitar fuzz pedal might be a better option? 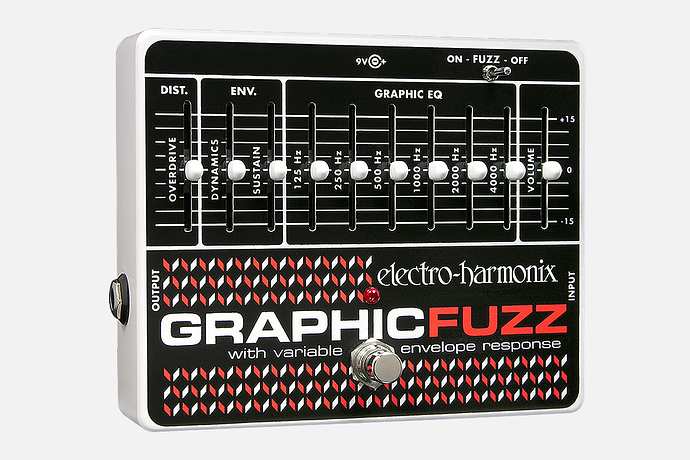 A unique distortion tool with 6-band EQ that is sensitive to the dynamics of your playing!

Adding a separate EQ after the Fuzz pedal might also fix your issues.
The MXR M108S might fit the bill, its 10 bands go as low as 31 Hz and up to 64 kHz.
You would want to get the higher bands down a bit (or maybe even a lot).

With an dedicated EQ, you also can experiment, see what happens if you add the EQ before the Fuzz. But usually, behind the Fuzz is a good place to EQ.

Problem with guitar fuzzes can be that they might kill the low end.
If you are shopping for a Fuzz, look out for sentences like “tightens up the low end”.
That is a euphemism for “killing the low end”.

You can still save your low end by splitting your signal chain with for example a Boss LS-2.

I dig the sound of the Orange Fur coat. It even has an octave (up) option which could be handy in your case? 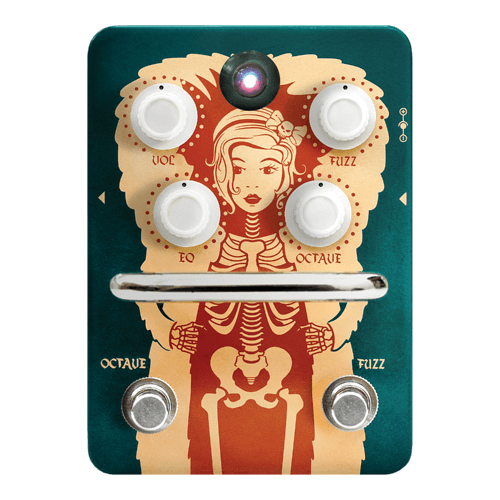 I also agree with @Malyngo. Having a blend option is really nice for bass.

Thank you all for your suggestions. Still experimenting to see what might work. The problem here in Australia is that, unlike the U.S., I can’t just buy pedals to try out — once you purchase, then, unless it’s faulty, they won’t take it back! I’m a long way from any decent guitar store that stocks a good range, so selection of the right pedal is risky!

Try checking out these videos.
the bass channel fuzz - YouTube

Specifically, this video.
THE BIGGEST BASS FUZZ COMPARISON EVER at #TGU19 - YouTube

And this guy testing out various fuzz pedals on a Bass VI.
HIGH GAIN, FUZZ And The BASS VI - what to use? - YouTube

One other thing I just thought about while trying out a new fuzz myself:
Where in the chain have you tried the Big Muff? Fuzzes tend to be quite sensitive, most of the time they are best used very early in the chain. They don’t like boosted signals (though muffs aren’t quite as sensitive as other fuzzes). So maybe try from your bass right into the Muff.

I am trying out a Catalinbread Katzenkönig right now, and could clean up the breaking up on higher strings quite well by turning down the output of the previous pedal.

I did have it first in chain (well, immediately after my tuner). Actually, that was a Big Muff Nano, and I later had success with a standard Big Muff (i.e. non-Nano), which didn’t have the same break-up issues. On paper, those two pedals should be pretty much the same, but for some reason the Nano was just glitchy, whereas the non-Nano is much more civilised with identical settings. Thanks for your input.

I had a nano and it was fine, not glitchy at all. Had it in the usual place in the pedal chain for distortion, after tuner, compression and octaver but before modulation. Worked fine.