I have never played a stringed instrument until 2 weeks ago. I had always heard the stories of blisters on my fingers. 14 days, at least an hour (even if part of that time is watching Josh), I feel a little at the tips of my fingers, but no blisters. Am I not plucking/fretting hard enough, am I just lucky, they’re coming soon? What’s your experience.

I feel a little at the tips of my fingers, but no blisters.

When you first start out, your fingers can become quite sore . . . but it can be different for each person. It took me a few months before I developed calluses, but I never got any “blisters” . . .

Just do a little practice each each day, and your fingertips will adapt.

Thanks Joe. I assume the tips of your fingers callus and flatten out a bit. Years ago even with the little bit of piano playing I did, when you do it every day your hands and fingers change (muscles where you never knew you had them

Never got blisters playing any instrument. From my experience with guitar though, those thinner strings hurt my fingertips more than bass. With bass, it’s more about my forearm and hand muscles getting sore from pushing bigger strings around. Nothing unexpected though.

Blisters mostly come from slapping and popping, in my experience. Fretting and normal plucking are less likely to cause blisters, you’re more likely to just get sore until your calluses build up.

Can’t say I’ve even got mild callouses - thanks to flat wound strings.

I actually have gotten blisters. DO NOT play a party after you’ve been swimming all day and your fingers are pruned. Hyped up, playing harder than normal… recipe for disaster I tell ya! 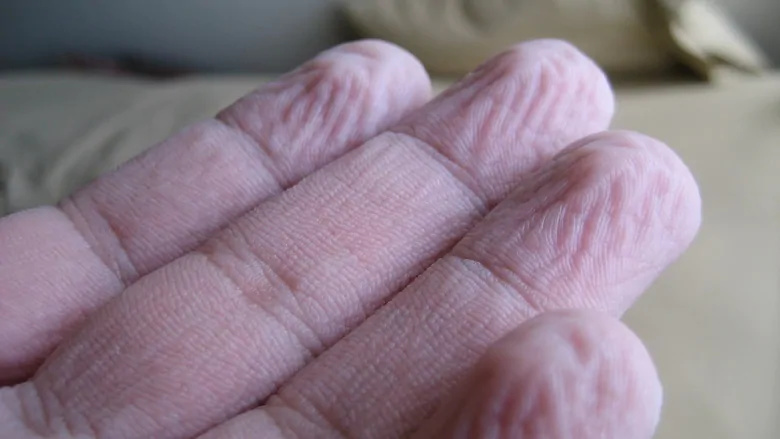 I’ve not had blisters, I’m Two months in now I’ve had a break because my fingertips became ‘tender’ or should I say spent less time playing. Nothing to do with Billie Jean lol That just messed me up in a whole different way.
But being serious my tips now feel a bit numb, just wish they would grow longer.
Have fun

I haven’t had a problem with blisters. I don’t even have callouses that I know of. When I first started playing, I played on round wound strings, but I hated the way they felt on my fingertips. I switched to much smoother flat wounds, and then later to tape wounds. Maybe that’s the reason I don’t get blisters, I don’t know.

Love my round wounds and they have never given me blisters. However I can see how they happen with double-thumbing and popping.

Still, bass is not guitar. Our strings are nice and big, not these little finger-shredding garrottes.

I got some minor blisters when I first started only because I had a death grip with my fretting hand. Since then I have learned to only apply enough pressure to fret the strings.

Now when I get into a REALLY fast or difficult groove (looking at you Billie Jean)…I did start to get blisters UNDER my calluses that I have built up! That was my clue to RELAX and not tense up!!

Also while trying to learn the Steve Harris style of plucking I have developed some small blisters on my plucking fingers…but that is to be expected with the tempo that guy plays at!

I have never had blisters, but even after only a couple of weeks after I started playing my callouses started developing.

And to be honest, there was a sort of weird pleasure as my fingertips were sore because I knew that was normal and I could tell that meant I was practicing and improving, but above all, it just felt so good to be adapting to my bass

Updating myself here: I’ve been practicing slapping a lot more in the last couple of weeks and did get a blister

I was alternating the pop between index and middle fingers, and my middle finger ended up sore, with a blister. It’s actually annoying as if hurts me to do regular plucking too.

I was able to find a band aid that is very small and covers the blister, which makes playing OK… but not perfect. Does anybody have an idea on how to keep playing with bruises/blisters on their fingers?

I’m an expert on what to do when you bust up your hands while playing.
I used to play in a super loud and rocking project that was all slap, and I would routinely bust my thumb open.
Not advisable.

There are a couple tricks I tried. None of them were great, but they work.
You already found the first one - get a pad. Make a pad. Bandaid, electrical tape (that’s what I used), anything. As long as it doesn’t interfere too much with the shape of your finger, you should be OK.

Someone recommended super glue to me for blisters / wound repair, so I started using that. The prescription for blisters was: drain the blister, cover and seal with super glue. I never had a blister, but I would break the skin, and I’d seal it up with super glue.
This worked… but I played so hard, that I ended up slamming the plastic-y shard of dried super glue into my thumb. So, I stopped doing that, and went with the pad idea.

Then, years later, I just stopped playing so hard.

There was a time when Flea would squirt super glue directly in the wound between songs because he would shred his fingers so much. Particularly his thumb.

Once, I saw a video of him, on stage, yelling out from the burn of the super glue!

and I would routinely bust my thumb open.

Pretty gnarly wounds just from playing bass!! Don’t know if it’s the badge of a hardcore bass-playing manaic, or if it just hurts and gets in the way of playing. And it seems like it wouldn’t have time to heal if you just keep playing daily! But if your bass ever hangs in a Hard Rock Cafe somewhere, because you hit it big, it’ll be worth all the more having your dried bloodstains there under the strings