I’ve been annoyed at using an Aux cable all the time into my amp. I’ve just discovered these things exists. Not sure why I didn’t think of this before! Going to give one a try, but curious if anyone has tried this solution out? BTW, I know things like the NUX exists. I want to play backing tracks into my amp without an Aux cable. There are quite a few of these to choose from, but going to try the Anker as they seem good quality from what I’ve had from theirs in the past. Only around £20 (can get cheaper ones for £10 that might be just as good). 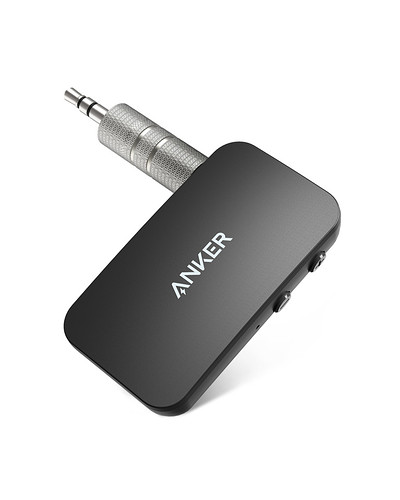 I have a NUX and for streaming just music, it works fine. If you try to use it to play along with the lessons/videos, it has a latency issue of about 200 milliseconds (guesstimate).

Yeah, I know about those, but that’s not what I want. I want something my wife can hear me playing through the amp.

Bluetooth is ok if you want to listen to music, however I think that there might be latency issues if you use it to connect to your amp

To explain better, the solution I want is to send a backing track (like a YouTube video) into my amp via Bluetooth to play along to. My bass will be plugged into the amp direct with a standard instrument cable into the standard input.

It’s to replace me using an AUX cable from my laptop or phone and sending through Bluetooth instead.

Well, latency might not be much of an issue then

I’ve considered one of these as well, but in the end decided that having to recharge the battery all the time would be a bigger annoyance than the aux cable

I’m thinking of just leaving it plugged in all the time. Though some have an auto-on and some you have to press a switch on to turn them on. Should still be more convenient overall if left plugged into power all the time.

I’ve used theses in my cars prior to Bluetooth being built in. They work well and all have their little quirks (one of them would announce incoming phone numbers in Chinese with no way to bypass).
The maker one is solid.

It’s actually a good idea you stumbled on.

Good idea and this should work fine. I do this with my DG Element too.
Bluetooth 5 seems like the way to go.

I have used a similar bluetooth transmitter / receiver for a few years on an old home theatre / surround sound amp. USB power from a mains adapter and audio cable to an input on the amp. Playback eg Spotify from the phone through the big speakers. That is the “receiver” function. My one also has a transmitter function, which allows you to transmit from a non-blue tooth device, eg use bluetooth headphones with a non-bluetooth amp or source.

I have also used it as a receiver at my son’s primary school when he was doing a drum cover during a talent show ( I think it was “Thunder” by Imagine Dragons). I was in the audience and used the bluetooth connection to stream the backing track to an aux in on the stage amp for his piece… it worked well!

I haven’t used the Anker one, and I just went looking for the one I got from Amazon a few years ago but it is no longer listed… so I cannot help on a specific one. 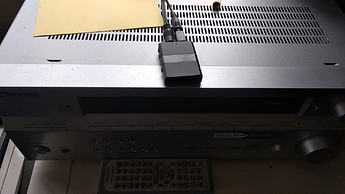