Being a newb I wasn’t sure where to post this, so I just put it here.

I have been a subscriber of BassBuzz on YouTube for a while now but I finally decided I needed some real instruction to get any better. I finally bit the bullet and bought the Beginner to Badass Program with Josh and started on Sunday. This is my fifth day on the program and I finished my lesson a little early tonight but still wanted to play. I love playing the bass, I’m not good at it (yet) but I still love playing. Anyway, I found Josh’s video he posted on !2/26 Boring Bass Lines Fixed and started watching. Normally I kind of struggle (lets be honest, I totally struggle) with hitting notes and timing on things. Tonight was a little bit different. After stopping the video and going very slow over the fingering I was actually able to play the measures along with Josh on the video. It for sure wasn’t perfect, but I was probably closer to getting it than on any other time I have tried. Super excited that I was able to play along. My fingers are a little numb and will most likely hurt tomorrow but it was well worth it. I had such a good time just playing tonight… I can’t wait to jam with others.

Not trying to be a suck up, but THANKS Josh… so glad I bought the program. I believe it is really helping my playing.

so glad I bought the program. I believe it is really helping my playing.

I never was as enthusiastic about a purchase and recommend it as wholeheartedly as the B2B course.
I was there too and since I got my U-Bass I was able to get my girlfriend to try the course. I am so happy we are now taking lessons together. She is convinced that she is “un”-musical in every way and I am so happy the course will show her otherwise. There is no such thing as an unmusical human in my opinion.

I already graduated but it’s also good to do the course again.

One further tip: If Josh recommends to practice the whole song I suggest to take the time and do it. That was the one thing I was missing after graduating the course. I was able to play all the different parts but to put all of them together and remember the form and get the transitions between the parts right I struggled with after graduating because I did not.

It for sure wasn’t perfect, but I was probably closer to getting it than on any other time I have tried. Super excited that I was able to play along.

@BigRichieO, @JoshFossgreen is super sneaky in his teaching technique. It’s not like he says “practice this over and over” and then you slowly grind until you get it… He shows you some new stuff then says “play this with me”. It’s fun and you never really feel like he’s “schooling” you and don’t feel that grind. The knowledge and skills creep up ever so slightly and incrementally that you don’t notice until you go back and try playing something you used to struggle with and you suddenly find it easy to play. You’re gonna find this ride a lot of fun and personally, I’m glad Josh is super sneaky…

finally bit the bullet and bought the Beginner to Badass

Welcome to B2B @BigRichieO. You will be amazed at how helpful the course is.

THANKS Josh… so glad I bought the program.

You’re welcome @BigRichieO, glad you’re digging it so much!

She is convinced that she is “un”-musical in every way and I am so happy the course will show her otherwise.

That’s awesome! Keep us posted on her progress, excited to hear the end of the story where she realizes she was musical all along.

Keep us posted on her progress

Small correction: I said I convinced her but it was more along the lines that she said “I really like the sound of that ukulele bass.” “Do you wanna learn to play it and do the course?” “yeah, why not?” and I was blown away, because it’s not the first time I asked if she wanted to do the course herself and the answer wasn’t a definite no but I could see it would go nowhere because there was no motivation coming from her. I could have tried to convince her but then she would have done it for me and not for her and that would not be helpful.

The first 3 days she got really into it and enjoyed it more than she expected herself and then by midweek the fatigue of working daily kicked in and she did not have the energy in the evening to play. I encourage her but am careful not to step over the threshold that I annoy her or even worse - doing the course would becomes a chore for her.

I think she does not realize it yet but I can already tell there’s progress. I rarely give any tips or corrections and let the videos teach. I mostly just play along. The one thing I corrected was her pushing her palm into the neck but apart from that I just let her do her thing and tell her not to worry if she misses a note or starts too early.
“It’s all good. As long as you enjoy yourself you’re doing awesome.”

She uses her pinky, alternate picking and her sense of rythm already got better.
At first, like the first day of the course, she wanted to play as soon as “4” was over, not when “1” starts - if that makes sense? She noticed herself and was a bit embarassed. Again:
“Don’t worry. It’ll get better and as long as you enjoy yourself and don’t feel completely lost it’s all good.”

This weekend she will most likely finish module 2.
Today she did Lesson 5 of module 2 and she nailed the rythm and muted the notes up to the medium workout. I think she would have done so too for the fast, but she wanted to stop there.

Just proceed with what you’re doing, sounds all about right. I am going through the same with my significant other where I feel like the most important job for us is to encourage and tell them (in my wifes case) that one does not need to nail 60 chord changes (on guitar) per minute with having a guitar played for let’s say 3h.
I feel like both of our partners are just expecting to much where it is completely normal for a new skill to develop and fail at start, isnt it?

Gosh, I just recently learned crotching and dont you think I succeeded the first good mesh before maybe the 50th attempt, maybe even more. Failing is part of the process, as well as starting at 0, not at 50.

btw.: picture or didn’t happen right? It’s not much but it’s honest work 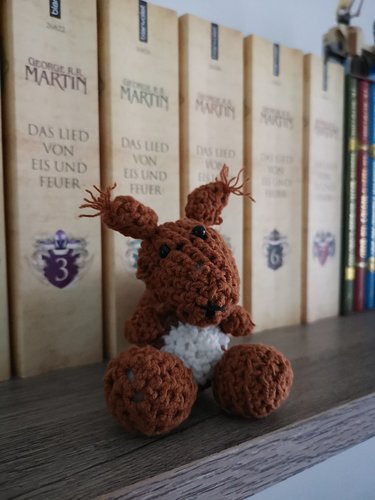 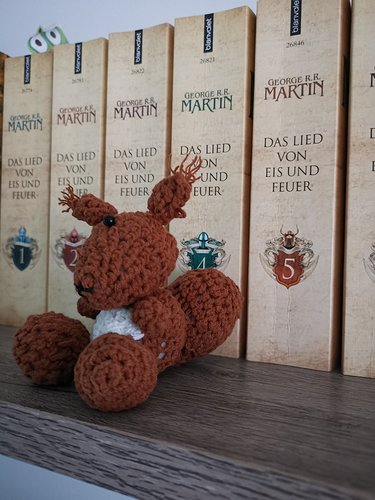