There’s a new BBC feature about Carol Kaye, presented by Suzi Quatro! I haven’t listened to it yet but I’m pretty sure it’s gonna be good!

Carol Kaye: Queen of the Bass

The extraordinary career of rock’n’roll royalty Carol Kaye, one of the most highly-skilled and sought after studio musicians of all time. 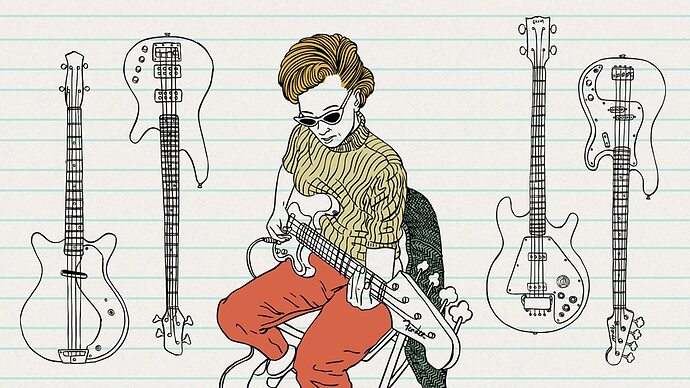 The Documentary - Carol Kaye: Queen of the bass - BBC Sounds

Interesting overview. Some parts seemed almost impressionistic, some had distracting overlapping music. Much of it was information found in other places such as websites and videos, but not all. I liked it, but thought there would be more. They did not get into the later part of her career when she taught, although it is mentioned in the description. I suppose Suzy and BBC could only cover whatever Carol wanted to be included.

It was encouraging at the end, where Carol mentioned she thought she could possibly return to playing again by moving to the desert. I believe she only recently had to stop playing due to shoulder issues, making it impossible for her to lift a bass. Because of that statement, this seems to have been recorded fairly recently, so kudos to Carol, still great recall about many people and things, at age 87.

Yes, I had a similar impression. Not quite what I expected to be released under the BBC label to be honest. However, Carol Kaye rarely gives interviews and seems to be very imperative about what‘s released. So it was interesting to hear some new interview bites (even if the story was meandering and the montage and mixing left quite some room for improvement…)

It’s very accurate one of the few I agreed to do lately, as so many are inaccurate these days and/or with those who have little experience as journalists. The only inaccurate thing is the picture, I never played a 4-string Dano bass guitar, it was a 6-string long-horn, the only one used by Studio Musicians in the early 1960s. Normal bass was Fender Precision with flatwounds and of course picking as requested by all producers of the 1960s Hollywood, capital of recording then…you have to have proper muting too as well as clean technique, years of abilities earned in big-bands and/or Jazz groups before ever doing studio work…I’m grateful for such a nice film, one of about 3 due out soon. Thank-you BBC, […]

As she talks about a film we might have to search for a video of this! Maybe it works better in picture. She also writes there will be three more parts!

@alex.s Thanks for the information from FB. I have foresaken it (99.9999% of the time), and haven’t seen her Facebook page. Unfortunately, she has given up her forum at her own website, and only posts on FB now. A film would be great, if it goes more in-depth.