How do I watch the lesson videos on my smart TV? I only have my android phone and lesson videos don’t open like a YouTube or other site videos which I can share to my TV using playto.

If your Smart TV has a web browser app, use it to open the B2B lessons. Of course, make sure the TV is connected to the internet.

I use the Chromecast to cast all my lessons from whatever source. I enjoyed seeing Josh’s handsome face on my 50 inch TV

I’m currently doing quite a few TalkingBass courses and it’s nice to be able to watch Mark on the TV instead of on my 17 inch laptop monitor.
The Chromecast device is well worth the money. You can cast to your TV from cell phone or laptop.

Do I need an app on my Roku smart TV to use Chromecast?

Chrome cast? Web browser on my smart TV, its a roku smart tv.

No web browser on my Roku smart tv.

Do I need an app on my Roku smart TV to use Chromecast?

No, you just plug it into one of the ports

Excuse my old and dense mind lol, plug what in?

No apology necessary. You plug the Chromecast into one of the HDMI ports on the back of your TV.

@Bassman55 it’s a dongle that plugs into the back of your TV, like a Roku or firestick or ……

Interesting, @PamPurrs! On my Android phone, I don’t see the usual “cast” button in the Vimeo player Josh uses for his videos. Do you just use screen mirroring, or is there another trick I’m not aware of?

On my Android phone, I don’t see the usual “cast” button

There’s an app for the Android that I often used to cast the B2B lessons when I was confined to the recliner for that period of time. It’s called Cast Web Video and you can find it in the Play Store. There’s another app called Chromecast Z and yet another app called Web Video Caster. It’s been a couple years since I’ve used any of them, so I can’t tell you much about any of them. Now that I’m no longer recovering in the recliner, I watch and cast lesson mainly from the Edge or Chrome browser on my laptop.
I have a Roku TV also, but since I don’t care much for Ruku, I use a FireTV cube, which is plugged into one of the HDMI ports on the TV. FireTV has 2 web browsers which you can use to watch the B2B lessons on your TV. It’s been awhile since I last checked, but I recall that Roku doesn’t have a web browser.
I wish I could be more helpful, but I hope that little bit helps.

@Mike_NL as a follow up to my last post, I just casted the B2B lessons to my Chromecast on the TV from my Android using the Web Video Caster app and it works fine. There’s Josh’s handsome face on my 55" TV.
Yes, I highly recommend the Chromecast for casting lessons, movies, web pages, photos, whatever you want from your phone, tablet, or laptop to your TV. 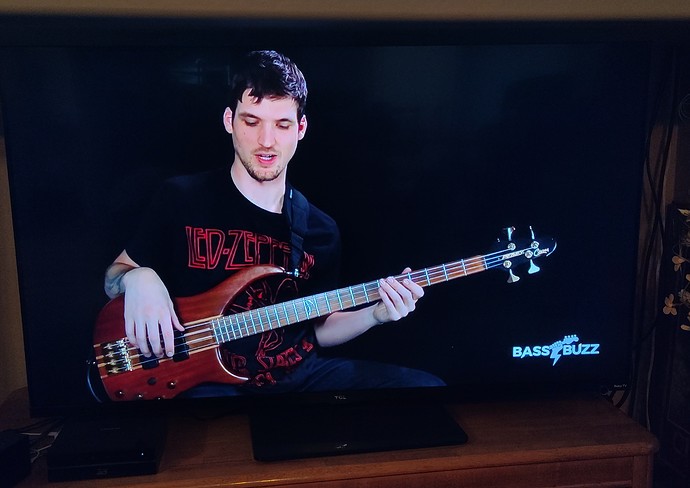 I have Chromecast and use it all the time like this. Pretty sure casting your screen using the drop down menu is the same as using those apps Pam is using. I think they are just doing that action for you.

I also sometimes use my laptop to TV using a simple HDMI cord if I’m connecting to a TV without Chromecast (or equivalent). That works perfectly fine too.

Thanks for your reply. I have a Chromecast and use it all the time, for YouTube videos, F1 TV etc. Will give screen mirroring or the app you mentioned a try sometime for content without native Chromecast support.