This naming is indeed confusing.

That is not C Dorian. That is D Dorian.

This is confusing because D Dorian is a mode of the C Major scale.

The use of the C Major scale’s notes to illustrate the modes is a really visual and useful teaching device on keyboards, but each of the modes you learn that way are the mode in the key of the root note. D Dorian, G Mixolydian, A Aeolian, etc. While these are all modes of the C Major scale, they are rooted and referred to by the root note of the mode.

It’s the intervals that matter. To get the C Dorian mode, you need to apply the Dorian mode interval pattern starting at the root note C.

This is immediately apparent when you think of C Minor. Aeolian and Natural Minor mean the same thing; the C Minor scale (and thus, C Aeolian) is C, D, Eb, F, G, Ab, Bb - not the C scale starting from A. That’s A Minor, or A Aeolian.

IMO, the really useful things to get out of the way the modes are taught as different starting interval offsets into a major scale are that the modes are a simple rotation of the major scale intervals from each other (and thus are all interrelated); and that leads to further understanding of chord progressions in the base scales. In other words, one (simple and incomplete) answer to the question of “for a chord progression that goes to a V chord, what are the notes that are “legit” for you to play?” would be the Mixolydian mode of the root note at the V position of the key you are in. Neat!

It’s just cool how they all fit together.

So…take a random note and mode…F# Mixo…i have no clue how to build that scale unless i know the underlying major scale it relates to…how do I figure that out?

i have no clue how to build that scale unless i know the underlying major scale it relates to…how do I figure that out?

The way I would approach this is not to try and find the underlying Major scale, but rather to apply the interval pattern for Mixolydian to F#.

So you then apply that interval pattern starting at F#. This gives you:

If you really want to know the major scale that F# Mixolydian is a mode for, you could also look for the root note which F# is a perfect fifth from, to get B Major. Which is:

This would obviously work for all the modes. Dorian mode is the mode that starts at the ii position of the underlying Major scale; thus the Major scale for which F# Dorian is the Dorian mode would be E Major, because F# is the note at the ii interval of E Major.

Does that make sense?

Is this because Mixo is the 5th mode? And Dorian is the 2nd mode, so D Dorian would be relative to C Major since D is the 2nd of C?

I mean, it’s B something since B and F are 5 apart, but B? Bb? B#? (OK, kidding about that one) I haven’t memorized every note in every major/minor scale…

I think you edited and answered my question while I was typing it.

I think you edited and answered my question while I was typing it.

Yeah sorry about the edits, this is confusing from a naming perspecive and I want to be clear

Finding notes at scale intervals from each other is also a good use of understanding the interval patterns involved. A perfect fifth is a major third stacked with a minor third, or seven half-steps. You can use this to find the root note; B is seven half steps below F#.

It’s really useful to start thinking of scales in terms of intervals, not by memorizing discrete notes.

Yeah sorry about the edits

You did nothing wrong - I just looked back after posting, saw the essential answer to my question and thought “did I not read his whole post”?

Thanks…That makes sense. . I reckon I have a lot of memorizing to do.

So, follow-up here. Tell me if I am wrong. The modes are scales unto themselves. They happen to correlate to different iterations of the intervalic construction of a major scale, but they are not necessarily derived FROM a major scale. That is, they are sui generis.

For instance, knowing that the Lydian mode is the 4th degree of a major scale doesn’t tell me anything about how to construct the scale if I am doing an exercises of playing a variety of scales from the same tonic, right? So for instance, if I take G as the tonic and then proceed to play Ionian, Dorian, Phrygian, etc. The knowledge that Dorian starts on the second degree of major scale is useless in this context. Because I am not playing a G-major scale starting on the second note, I am playing a Dorian scale starting on the G as the tonic. So, I need to know how to construct the mode independently from the parent major scale it relates to.

In other words, taking my exercise, if I start on G for each mode, I need to have memorized the different intervals for each mode in able to do the exercise.

Which, if true reiterates my initial question. Why are the modes NOT taught as separate scales in the first place instead of saying they are just a “version” of the major scale?

The fact that a mode happens to correlate to major scale starting on a different note doesn’t do me any good in and of itself.

That’s a good question. I’m not sure I have a good answer.

It’s kind of another way of describing A Minor as the relative minor to C Major. Different scales, but all the notes are the same; the two are related, but sound different due to the modal root position difference between Ionian and Aeolian.

I wish I had a better answer, sorry

The fact that a mode happens to correlate to major scale starting on a different note doesn’t do me any good in and of itself.

For me this is how I remember the intervals, by picturing the layout of the C major scale on a piano keyboard. If I want to construct a dorian mode scale, I can run up the white keys from D and notice the half/whole step pattern. I don’t know why they teach things the way they do, but this context is useful for me, otherwise I’d never get to memorizing all the different patterns and keeping them straight.

I’m currently here. I may join you much much later 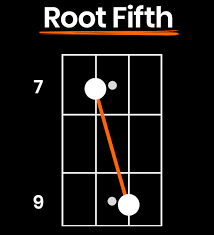 In that case, I am gonna blow you mind because the fifth is also found one string directly below the root on the same fret. But if you start on that note and then go a string up on the same fret, its only a fourth.

I recommend you forget all about modes for about 3 years and then consider if you really need them for anything.

I recommend you forget all about modes for about 3 years and then consider if you really need them for anything.

I posted a video I watched yesterday where he goes over the 2 reasons why people would want to used modes and why most people don’t need modes.

I constantly see people saying that they learned the modes but don’t. know what to do with them. A solution without a problem is not a good way to learn things.

I’ve been meaning to write a big post on modes for a while but it just isn’t a big priority for me… but what I see is that there are a few different ways that people teach modes and they’re all “correct” but they’re not really helpful so I wanted to put them all together so people would have a better understanding.

This guy has some great videos on modes and he also talks about things in a similar way to what I was going to write. https://www.youtube.com/c/LearningMusicSkills

IF I am correct on that, then WHY do all of the educational materials and stuff on youtube DEFINE them as if they are just variations of the major scale?

Personally, I prefer to look at the modes compared to the most similar major or. minor scales because that helps people think of what they’re going to sound like. I think it’s much easier to think of dorian as a minor scale with the 6th raised a ST than it is to think of it as a major b3, b7 scale.

As far as them being scales, they are scales because a scale is a progression of notes. Some of the confusion comes in when you start talking about keys of major/minor scales. All the modes of C major have the same key signature of no sharps or flats but only 2 of the modes have their own special names ie major (Ionian) and minor (aeolian) scales.

Modes just aren’t that common or important (outside of jazz) and the people who need modes know enough about theory to use them.

You can also define them as the tone/semi-tone relationships.

This is generally how I think of all scales.

Personally, I prefer to look at the modes compared to the most similar major or. minor scales because that helps people think of what they’re going to sound like.

This is really kind of the same thing, just with an easy reference