Cube style amps? anyone have experience with these?

I have an old Behringer BXL450 practice amp. nothing wrong with it but i am thinking about getting an newer amp with the “aux” input. There are two of the “cube” style amps for sale in my area, a Roland 20XL, and also an Orange CR25BX. Both seem to get good reviews, apparently even with low watts they supposedly sound good and get pretty loud. I play mostly in an empty bedroom, so i have no need for anything big, i mostly use headphones. anyone have experience with these small amps? Its between these or a Rumble 40.

If the main thing is to align having both an aux and headphone connection, this might be more helpful. It even has a rudimentary drum machine built in. Also, it’s under $50. 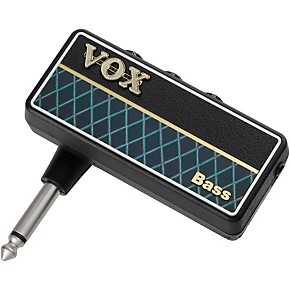 Shop for the Vox amPlug 2 Bass Headphone Amp and receive free shipping on your order and the guaranteed lowest price.

thanks, i have tried that and didn’t really like it, really looking to upgrade the amp.

Roger that. They’re more about convenience than anything else.

As to the amps you mentioned, it’s really hard to beat Fender when it comes to the quality they provide at the price they sell their bass amps. There are, depending on your taste, better bass amps out there but they come with a price to match. So, my top recommendation would be the Fender 40. The headphone out on the Fender amps I’ve listened to have been really good. (By comparison, the headphone out used by Acoustic and Ampeg were surprisingly bad across multiple units)

I would put the Orange at number two. Not because there’s anything wrong with it (Orange is a well loved amp company) but because their lower end stuff, to my ears, doesn’t offer enough to justify the price difference. Particularly here, where we’re looking at the difference between 25 watts and 40 watts.

That puts the Roland in third. It might be a great amp but I’ve never seen one to be able to try it and I’ve never heard anybody say how much they like their Roland bass amp. Which is kind of a bummer since it definitely has the most features.

Yeah, the Fender Rumble series makes a nice baseline. There’s nothing really special about them, but they sound good and are inexpensive.

The Rumble Studio (basically like the normal amp but with built-in effects) is a cute upgrade from the normal Rumble as well - it’s not optimal to have all your effects tied to a specific amp, but it certainly doesn’t hurt the amp to have them there on the amp either. I could also see using amp/cab sims on the amp (and likely reverb) even with a normal pedalboard or multi-effector. I’d personally prefer a normal amp and external effects, but if you want it all on the combo, then that seems a good path.

Which brings us to the Roland cubes. I have never heard one in real life myself but I know people seem to like them. They also have built-in effects, and are relatively pricey. $240 for a 20W amp is pretty steep, and that’s the cheap one. You can get a Rumble 40 V3 for about the same price new. On the other hand Roland makes really high quality stuff.

Still, given the price, I would suggest going with a Fender or Orange and buying the effects separately if you want.

Check out the Rumble 40 Studio

Plus USB and other extra connections, WiFi for new tone downloads and firmware updates, and bluetooth connectivity to your smartphone for ease of use.

@admacdo Welcome to BassBuzz! Thanks for chiming in with some first hand experience.

UPDATE. went with the advice above, just got a rumble 40v3 yesterday, at a pawn shop of all places. so far really impressed. very light and sounds awesome. thanks for the advice.

I have a micro bass Cube. It good for traveling or back yard practice. I actually got it on Craigslist list for $80.00 but not worth retail price. Better off getting plug in amp. I also have an very old cube 60 watt that I retired. Got back in the day when I was young. I got me a markbass also used very happy with that clear and poweful. Probably all the power I will ever need.

I have a micro bass Cube.

Is it the one with a single speaker, or the one with the 4 mini speakers in it, that has all the effects for Bass?
I agree, no way worth $300, but its Roland, and they like to price things high.
I have seen them for around $75 to $100. I tried to pick one up for $75, cut sold before I could get over there.
Just to check it out, I don’t really need it. I have most of what I will ever need and more, but toys is toys

Agreed, I would like to have one, just because.