The singer had a stage name as “Chinawoman” back then but now she seems to be using her own name: 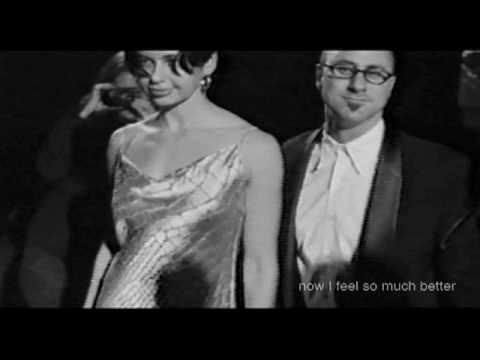 It was just after the period when @JoshFossgreen was looking for bass lines to improve so I took my time to think about putting together a bass line for this kinda dark feeling song which is performed only by voice over guitar.

This is what I came up with

This my literally first time playing over a song and recording on Ableton live so sorry for any low quality on production part.

I would love to hear any ideas to make this bass line more ‘gloomy’
-Effects?
-Rests

Any changes on main line? Any fills ?

I am a bit curious about how to make a darkish/sad bass line over all. It was mentioned that most darker songs have minor key scales which this song has (C#minor)

I’m pretty sure the original song is voice over bass guitar.
If you want to create a bass line, you’ll be competing with the guy playing chords. I would stick to root, minor third and fifth, to stay out of his way.

How do you mean? That there is already someone playing chords on bass? I don’t think so mate…

Yes… this is a completely different rendition, in a different key even.

When you listen to the version in the original post, what do you think? Baritone guitar or bass?

Yes… this is a completely different rendition, in a different key even.

Wow, I suck at this baad…

Here is another version. Maybe as you said. It is a guitar tuned down. Like in Seven Nations Army

Here is another recording

Wow, I suck at this baad…

So do I, so let’s have a beer.
This one is still a third up from the version in the original post.

But yeah, it may be a guitar tuned down.
Having said all that, I tend to think that the version that started this all (the one at the top of this thread) is played in a register that’s low enough to compete with our basses.

@peterhuppertz did you listen to the sound cloud link mate. I’ve played that one over original… You think it is competing?

I have to admit the SoundCloud link was the first thing I listened to, before I played anything else.
I also had to admit that the first thought I had was that the bass line overwhelmed the chords rather than competing with them, which, for me, was the reason to think "maybe we should stay out of the chords’ way, and stick to a pattern of root-minor thirds-fifths. I’m also tempted to mix the bassline a bit less prominently.

Please note that this is not a damning critique, but merely a difference of opinion. The one cover I posted here drew the critique of having the bass line mixed too modestly, so I guess that’s just me.

The one cover I posted here drew the critique of having the bass line mixed too modestly, so I guess that’s just me.

I am listening to it right now and in my opinion it sits exactly right in the mix! Anything more would not fit the style/genre of the song.

Then again I share your opinion in this thread too so maybe we just have the same taste regarding where bass should sit in the mix.

in my opinion it sits exactly right in the mix!

You’re in the same minority as me.

@peterhuppertz and @juli0r I was actually hoping to have a discussion about how to make a sad bass line… That’s why I did not post this onto the “post your covers” thread.

how to make a sad bass line…

Mh that’s a tough one to me.
You can make a sad/gloomy song with a fitting bass line.

But getting the gloomy in there without the rest? And if the rest fits it’s just a bass line that fits musically.

For example a slow melancholic song in F# minor I would just play full or half root notes. Anything that brings in a bass line with different pitches would make the song less sad and gloomy in my opinion.

I am also not sure - I think I hear a bass in the original apart from those chords playing. Very low, slow and boomy. Maybe I’m wrong and it’s part of the chords - but then again that’s what I would play for the song as bass. Just slow roots for the chords.

That bass line works fine for me! I’m not a ‘gloom’ expert (besides having the occasional mood swing), but maybe trying some more pedal point-y stuff would help things feel more static/mournful.

Since the guitar is already playing that ascending line you’re doubling, you could just sit on C# for 4 bars, then F# for 4 bars, to contrast the melodic line rather than double it. Just an alternative idea!

how to make a sad bass line

Oh man, you got me out of my depth here.
As far as I can figure out, the answer to this question would be “listen carefully to the music you’re going to play over, and then decide”.

In this particular case:
| think @JoshFossgreen is on to something here: your bass line is following the melody rather than the harmony. I’ve been sitting down thinking about this for over an hour now… and I think that the bass line should leave the melody to the guitar and take care of the harmony.

In this particular case, there is already plenty gloominess in the guitar melody, so playing root notes, or roots and fifths, or roots and octaves (which could be major as well as minor) would do no harm. If you have a song in which the bass line needs to add to the gloominess, make sure to include thirds, as it is invariably the third that determines whether or not a chord or sequence is minor or major.

Having said that, I have found that it is perfectly doable to create a “gloomy” atmosphere in a major key.
I am currently struggling to create an interesting bass line for a very gloomy ballad that has quite a few key changes, between major and minor keys. Up to now, the approach I’ve found to work best is to use a lot of whole notes – anything more than that sounds like “overplaying”.
Maybe the bass line should be supportive rather than interesting.

I’ve found to work best is to use a lot of whole notes – anything more than that sounds like “overplaying”.

I think I get what you mean. Maybe I chose the wrong song for this but I have noticed it was much more enjoyable to listen to this song while playing my instrument…

After a bit of experimentation I can heartily recommend mixing in about 50% wet tone on an octaver, going through a light chorus, and into a nice medium reverb to get a nice dark gloomy sound. Then throw in a little mid scoop on the amp/EQ.

Still sounds cool IMO, even playing something not so gloomy:

It’s weird you mention this because I’m trying to create something gloomy at the moment for one of the songs we do in our practice. The singer likes to go quite high sometimes, so I have a basic bass line that covers the 2 chord progressions (B and G for me on bass, and I think the guitarist is doing the G minor). and I sort of have a shuffle going between these two notes and also introduce another one as a sort of…I can’t think of the word…leading note between the first and second notes.

Once that’s going, I listen to the singer and when he goes high, I still do the B and the G but the leading changes to be a 5th up from the B and I bring it down all the way to the G again, mimicking the singers high voice coming back down again.

Hang on, I’ll have to record it, because just talking about it isn’t helping - give me a bit of time

Edit - it’s quite gloomy though, so might provide some ideas for you, not sure - worth a go

Once that’s going, I listen to the singer and when he goes high, I still do the B and the G but the leading changes to be a 5th up from the B and I bring it down all the way to the G again, mimicking the singers high voice coming back down again.

Staying down while they go up sounds like a good way to keep it kind of darker and add some tension, yeah.

Oh no! That is also a great approach obviously. I am a bit deprived of good tone settings. All I have is what is there on my bass (bass mid and trebble knobs). I am ampless with only DAI. I have tried some AMP Simulators but couldn’t find something that works well.

Hang on, I’ll have to record it, because just talking about it isn’t helping - give me a bit of time

Oh yes please do record it if you find the time! I was hoping that this thread starts this kind of discussion…