Hi @tina.judy1
What impedance is the cabinet?
8ohms?

From there, the answer is…depends on the rating for the head at that impedance.
If it is a fairly common head with the ‘max’ rating at 4ohms, then all the options you list would power it, however, you would basically cut the head wattage in half give or take that would be going to your 8 ohm cab, and that is what the max would be that you would get with that one cab.

From there, its a ‘depends on what you want to do’.
Just play super loud in your house? - any will do.
Play with friends? - might again any will do.
Play with friends in a backyard gig or bar etc - you may want a bit more headroom in the head to go louder.
Play REALLY loud and add another cab? - again, any would do, 500W is a LOT of sound, the others are A LOT more - Big venue worthy.
Simply piss off your neighbors as effectively as possible - 1000W head!

There is, usually, either a metal plate on the back or some information written near the connections. If you could post a picture of that, we can offer more information.

The entire subject of ohms law can be confusing, unless you’re a sound engineer or some such thing. You might want to take a peek at this thread which helps to simplify this very mystifying topic.
Welcome to the forum @tina.judy1

It can be at first.
Think about it like this…marketers want to use the biggest wattage number possible, so, they use the wattage at 4ohms to sell the head.
Most people however, who buy one cab, are buying a cab that is 8ohms.
Damn marketeers! How dare they!

Due to ohm’s law etc (which you don’t really have to worry about why, unless you really want to dig in) it basically makes the amp half as ‘efficient’ as it could be, as a general rule.

The confusing part is ohm math, and that 8ohms + 8 ohms = 4 ohms total (in parallel), which is how you would attach a second cab for maximum loudness.

So with your cab, and your amp choices, you will get 250/400/500 watts respectively at your disposal, and the ability to double that if you add another cab later.

Which brings us back to … how loud is loud for what you want to do.
Some say 250W wont cut it in a band enviornment. Some say its ‘ok’. Depends on type of music. Venues are different than practice areas too. etc.

You would have to really work at it to blow that speaker cab up with any mere mortal amp head.

Because it’s 8 Ohms, it’s usually the case that you divide the power rating of the amp by 2. If you want 100 Watts into your cabinet, that means buying a 200 Watt amp.

How loud / big of an environment will you be playing in?

Don’t sweat small increments. A 250W amp is about the same as a 300W amp. You have to double a power number before you get any real difference.

850w Ampeg 4x10 with 8ohms? Not sure what Ampeg was thinking with that one. You need a beast of an amp for that. Especially if you gonna divide power rating which is typical for 8ohms cabs.

Not sure what Ampeg was thinking with that one.

Seems like they were thinking Texas style - Bigger is Better! 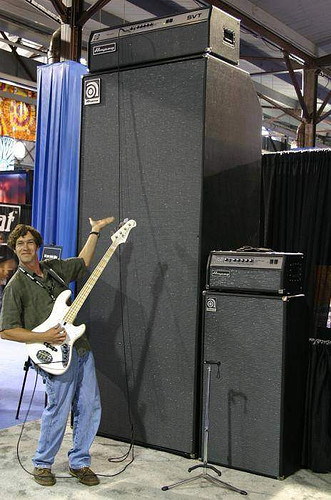 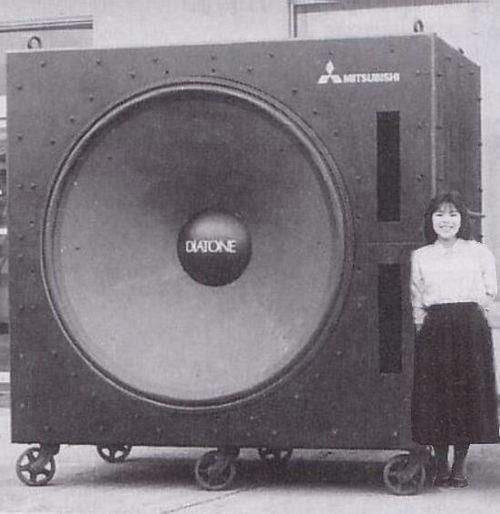 You need a beast of an amp for that.

Yeah, and even 100W into that is going to be moving a lot of air.

You only need a beast of an amp to make it go as loud as it possibly can.

Yeah, and even 100W into that is going to be moving a lot of air.

True, but I would go bigger if you want more headroom. It’s not like those class-D amps are that expensive compared to the full tube ones.

Oh yeah, for sure. Nice use of a Microtubes 900

Think about it like this…marketers want to use the biggest wattage number possible, so, they use the wattage at 4ohms to sell the head.

Is there such a product as an add on 8 ohm load resistor that could added in parallel to an 8 ohm cab to drop it to 4 ohms rather than buying a second cab?

Sure but then the other half of the power is going through it. Depending what you put there, you could make toast, heat your home, run some light etc (jokingly) but you will still only get the same power through the first cab.

Was gonna say. Your best 8-ohm load there would be another cab

but you will still only get the same power through the first cab.

Gotcha.
A 450 watt amp’s output power is split between the main speaker and either the parallel resistor I mentioned or second 8 ohm cabinet. The resistor would not make sense because it would only be generating heat.

I have always been taught that the source (the amp) and load impedance (the speaker cab) should match for maximum power transfer.

If it is 4 ohms, with a single 8 ohm cabinet where is the additional power being dissipated because of the mismatch in impedances?

Based on the spec sheet you’d need to hook an additional cab to get all 450 watts. Again. Marketing “magic”.