I find it annoying to type in the bassbuzz url and login every time I want to access the forum. Just now, already knowing that there is no bassbuzz app, I decided to look for an iOS application that would let me quickly open and already be logged in to bassbuzz. After a quick App Store search, I have found these two apps which both seem to work perfectly. 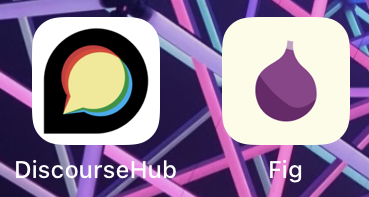 DiscourseHub and Fig.
I don’t want to lose what I have typed, so I am going to reply to this post with individual instructions on how to add BassBuzz forum to these apps.

Discourse Hub:
Open the app and allow notifications, photo access, and camera.
Click “add your first site”
In the text box, type forum.bassbuzz.com (you must put forum or it will not work).
Click connect, and authorize application access. You may be required to sign in to the forum. After clicking “authorize” a few times, you will end up on the bassbuzz forum homepage. Easy!

Fig for Discourse:
I deleted the app so I could go through the steps again but it saved my login. Adding bassbuzz should go something like this:
Click the + in the top right corner.
Type in forum.bassbuzz.com (again you need the forum part)
Click “add”. You’ll have to sign in, and then you’re done!

FYI:
DiscourseHub is going to look and act like bassbuzz in a different browser. Fig has a completely different interface.

Cool! I’m not familiar with iPhones, but for those of you who are using Chrome on Android, there’s an option that allows you to add any website to your start screen. Just open said website, tap the three dots in the top right of your Chrome browser and tap “Add to start screen”. Works like a charm and is almost the same as an actual app.

Although I’m a desktop user, this could be very useful if you use your phone a lot.

You can also just create a shortcut to the site and put it as an icon along with all your others. No app needed.

Yes you could, but if you use private mode you will still have to log in. I also think you may be able to get notifications from these apps although I’m not sure

There was a Bassbuzz app in the Google store. I use that. I would expect one in the Apple store as well, but don’t have any Apple stuff to check.

Bassbuzz app in the Google store

None show for me… is searching “bassbuzz” not the way to find it?

I don’t see it in the store, but it’s on my phone and it says installed from Play Store.

@JoshFossgreen is the bassbuzz app no longer in the play store?

I think the store doesn’t show apps that aren’t known to work on your hardware, so if the app hasn’t been updated in a while, then my hardware might be considered “incompatible”… Just a guess…

I would expect that as well, except I’ve heard that it’s very hard to get apps approved on the app store. I tried to find a handy chart comparing the differences and how long it generally takes to get an app approved, but I couldn’t, so here’s what I found from Lifewire:

When developing for the iOS App Store, the biggest problem developers face is getting their app approved. It’s not easy to get an app into the App Store. Apps can be rejected for slight errors, which can be frustrating for developers who have specific ideas about how their apps should look and function. Developers have to take a great deal of time and care to make sure their apps fit Apple’s standards and rules.

Many apps get rejected on the first try, but this isn’t necessarily a bad thing. The App Store’s efficient app review team gives the developer clear feedback about why their app didn’t make the cut. Developers might be frustrated in the short term, but ultimately become more skilled at mobile app creation.

Getting an app into the Google Play Store is an easier process. Apps have a low chance of being rejected on the Android app platform. This avoids the frustration App Store developers face and leaves developers free to experiment with their ideas.

The only downside to this freedom is that it boosts the chances of buggy apps heading out to users, causing frustration on their end, as well as security concerns. It’s also hard to stand out in a field of so many apps, and since apps aren’t getting the kind of feedback the App Store provides, apps with a lesser chance of success go live and don’t always succeed.

There was a Bassbuzz app in the Google store.

Nope, must have been some other imposter BassBuzz! We’ve never developed an app.

Interesting. It connects right up to the forum. 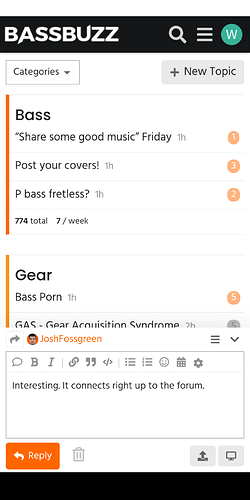 Probably just a wrapper for the website/forum… A lot of apps are nothing more than that. Yours looks identical to my “pinned to the start screen website app”.

A long time ago…

When I first accessed the site something auto created the link on my phone. If I go into app details on that link, it says it was downloaded from the Google Play Store.

I know for a fact, I never downloaded it from the Google Play Store. There was a discussion about this a couple (?) of years ago but I can’t seem to find it.

You are right @eric.kiser… The info for the “app” I created by pinning the forum to my start screen using Google Chrome also says it was installed from the Play Store. Mystery solved!

Of course, we had this discussion about a potential BassBuzz app not too long ago:

Hey forum family! High up in the highest tower of BassBuzz castle, we at the round table are discussing possibly creating a BassBuzz App. And I need your thoughts and suggestions! Two questions - Would you benefit (or have benefited) from being able to view your B2B lessons in an app rather than having them in-browser only? What other app features do you think would enhance your experience of the B2B course? What other features would you love in a BassBuzz app? Practice reminder notific…