JHS has released seven new pedals. All are priced at $99 US. Josh Scott says in the video they are all either new designs or the JHS take on an old design.

I haven’t found any reviews with bass but I would think the chorus, reverb, and delay would work without an issue. As I find any bass reviews with these pedals I’ll add them to this thread.

i always thought it would be cool to make an entire pedalboard out of matching pedals, i really wanted to do this with all the little micro robot hotones.

They look good @eric.kiser but I’d end up putting a big DI for distortion, F for fuzz etc on them because my appalling eyesight wouldn’t pick out what each pedal was easily 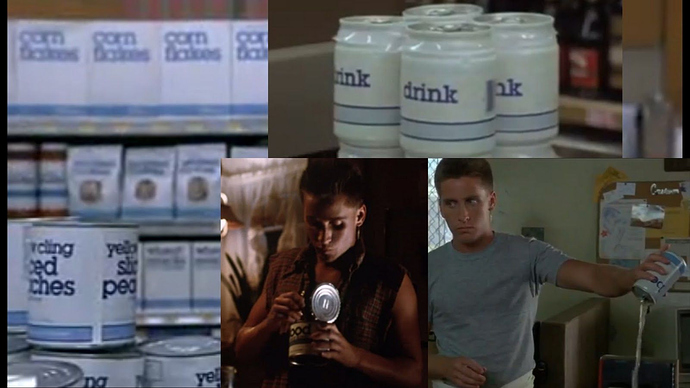 Ha! That’s actually what the generic brand looked like in supermarkets when I was a kid, except those actually have more color. Before they decided to make them cute.

I’m curious to understand what the trade offs are for the price (with the JHS pedals).

Yeah Repo Man was making fun of both society itself and the Generic labels at the time, which were a nice proxy for bland consumerism.

I’d end up putting a big DI for distortion, F for fuzz etc on them because my appalling eyesight wouldn’t pick out what each pedal was easily

Lots of people have commented about the same thing. The best suggestion I heard was to look at all that white space as an opportunity to decorate however you like.

A lot of others have been making this same connection. I really like the esthetic of them.

He shows the schematic for all of them and welcomes anyone who wants to copy the designs.

None of them take batteries. All of them are true bypass.

Josh comments at 1:13:00 that he thinks they are all great for bass. I’m guessing that’s because he’s selling them. The bass player in the video says the chorus is great for bass but doesn’t comment on the others. As usual it’s all very subjective.

Everything below this line is not my commentary. It all comes from what is said in the video. I’m just trying to sum it up since the video is almost an hour and a half.

Overdrive
Analog. It’s based on the HAO Rumble ODS that is no longer being made. Symmetrical soft clipping with a weird tone control called Body that changes both EQ and gain of how it clips. The clipping switch goes between silicon or LEDs. He shows the schematic and welcomes anyone to copy it.

Fuzz
Analog. Two transistor mid 60’s topology. Modded version of a Silicon Fuzz Face with bias control and fat switch to add more low end (He says this makes it great for bass). They called it a Fuzz Face for 2020 and said it was very different from the JHS Muffuletta.

Compressor
Analog. Ross/Dyna Comp circuit. Josh says there’s no groundbreaking engineering here. It was built based on classic mods to the Ross version of the Dyna Comp. He also says that all of their previous compressors were based on the Orange Squeeze topology which is a much more subtle compression effect. He also makes the statement that noisy compressors are usually because of a cheap power supply somewhere in the chain of pedals.

Reverb, Delay, Chorus
All are digital and based on the FV-1 chipset. They all use the same PCB with different code loaded into the chip allowing for a big cost savings. He commented that this chipset is used by tons of companies; Keeley, EarthQuaker, Line 6, etc. All three are inspired by vintage pedals and built with 2020 sensibilities.

At 1:17:12 Josh talks about expanding the line considerably including creating bass specific models. But don’t expect anything with midi or tap tempo since you can’t do those things at this price.

At 1:21:40 He talks about what they’ve done to be able to make these pedals affordable and still maintain quality.

The chorus and reverb actually sounded great to me on the guitar. Would be cool to hear them on bass.

Compressor is yet another dynacomp clone? Too bad (just get a dynacomp!)

don’t know how much compressors are dyna clones …

An update from JHS with all the pedals and Bass…

Wow. Sounded much better on guitar than bass. My opinion:

Overdrive: killed the low end, not good. Hard no on that one.
Fuzz: sounded ok, not nearly as harmonically rich as a big muff though, didn’t wow me.
Chorus: kind of the same, it worked fine but wasn’t anything special. Lost some low end but not terrible. Surprised because on guitar it sounded amazing.
Delay: sounded fine.
Reverb: probably my favorite of the bunch, totally serviceable reverb. Not overly warm or shimmery. Thumbs up!
Distortion: another one that was just ok. I wouldn’t go with this personally.

Yep. I listened and thought, “I’ll wait for round two and see if we get anything designed with bass in mind.”

I’m not real hopeful as bass doesn’t seem like it’s much of a focus for JHS.