Prowling about online tonight I stumbled upon these… 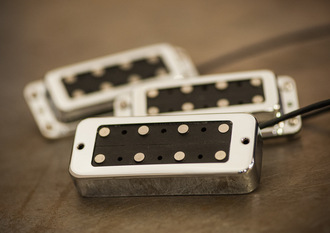 The Seymour Duncan Custom Shop has been creating custom guitar pickups since 1976. If you dream it, we can build it.

Now that’s going to end up costing me

There goes the LACE pick ups for the Ray4. LOL

I get it, I get it. Lemmy first, fully understandable.

Oh no I’m going to be doing the Ray first.
Just filling my cart as I go

I like your priorities, but I would have let that one slide

Hmm maybe only the bridge pickup? I’m thinking of upgrading my pups sometime to get rid of the hum but 175 dollars is a bit rich for my blood at the moment …

How big part of Rick’s sound are the pickups?

Good question. I’ve heard it’s more down to the placement of the pickups but I’d personally love the kill the hum that comes with them.

I’d bet that pickups are 80% of the pre-EQ sound of any bass. Maybe more.

I’m pretty sure as @howard said pickups contribute a large percentage of the basses sound. If that wasn’t the case what would really be the point of “upgrading “ pickups?

Im still waiting for delivery of these signature pickups. The order is still awaiting fulfilment according to the custom shop info and can take up to 6 weeks for delivery. We’re just over 4 weeks in now

I would also guess (If this has been discussed, just slam the door on my face), buut I would like to guess that Lemmy did a trick that Cliff Burton did on his Rick, and I would go even further to say Cliff learned this rom Lemmy.

Cliff his a 6 string guitar amp set up right in front and under his bridge.
Got him that great lead guitar on bass sound, along with much distortion.
But Lemmy always said he was a guitar player that played a bass and sung, so, there you go.

Sure would be cool to know if Cliff got it from Lemmy, or did it himself, he was pretty into changing and tying out new shit all the time.

Well, when yoyu get them @Mac , look and see if one of the bridges pick ups looks lke a converted 6 pole hot stck???.

I certainly will when they eventually arrive @T_dub .
7 weeks in and no update! Not bad when the order confirmation states a maximum of 6 weeks for delivery

Maybe another way to look at it to get better results would be to look up online for Rickenbacker bass Pick up wiring diagrams WITH guitar pick ups, and see if it was done much, or if it were just a Cliff Burton anomaly.

I bet you find some, but who credit if given too, could be interesting too as well.

I would, but, I still hate my set up for typing, and do as little of it as possible, til I get it right.

I do know that Lemmy did wire a Thunderbird pickup to one of his Ricks as a neck pickup and that he was renowned for modding his own basses but I’ve never read anything about using guitar pickups.
I’m sure there was a video on YouTube about Lemmy’s basses throughout his career or was it an article in an online magazine ? Damn I can’t remember!
You’ve started me on the hunt for the lowdown @T_dub 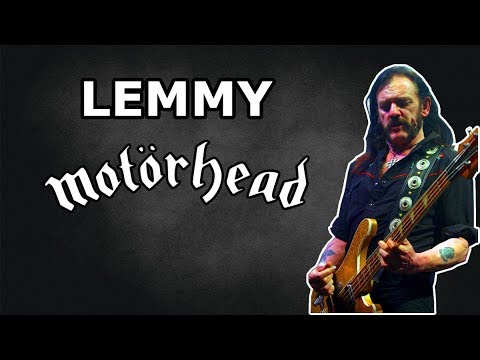 This is the one I was thinking of.
Can’t remember it’s content so I’ll have to watch it again

And this article linked to the video

The ledgend of the Lemmy bass rig is finally revealled. You know him Rickenbackers and Marshall amplifiers but what about his other basses?