Can someone give me a measurement center to center (or front to front or back to back) of a stingray MM HH pickup set?

It’s for placement of SIMS pickups but figure the MM is as good a guide as any. I asked the guy at SIMS, who responded “put them anywhere you want”. *helpful

That was actually a pretty reasonable answer. It’s not like putting them where the MM’s are will be advantageous in any way - that’s just a placement that works (with MM’s) to get the specific sound of a HH Stingray. Putting the Sims there will not give any necessary advantage or disadvantage tone wise - because it’s not going to sound like a HH Stingray anyway

Ok. So how the heck do I know where I want them?

That I don’t know. Just saying that the pickup placement is going to depend on what kind of tone you want, not a hard and fast rule, so their answer was reasonable; and that emulating the MM’s HH isn’t necessarily any better than any other placement there. It will give you a tone, but not necessarily a better or worse one than other placements.

This is something you should talk to a luthier about. I know rough guidelines (closer to the neck on the neck will be deeper, rounder, and boomier; closer to the bridge on the bridge will be more trebly and growly, etc). But no idea about exacts.

You have the Gibson extremes with the pickups pushed almost all the way either way; the Fender middle ground, etc. But with the Sims I don’t know.

A solid guide might be to estimate from Mark’s, though that’s also a different bass. You could also ask him why he did his that way, which seems like a reasonable idea, and I bet he would reply. 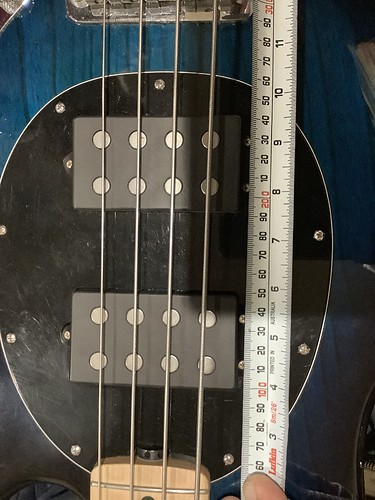 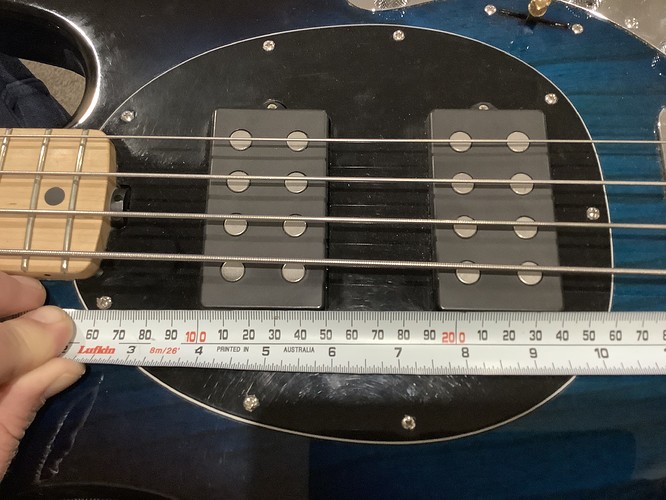 It’s interesting - on Mark’s Ibanez, they are closer together than that, and biased a bit towards the bridge. But the MM spacing there might actually work better in giving a different tone per pickup. 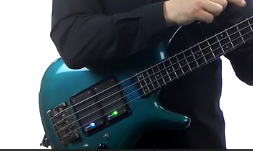 and on his Enfield they look a little farther apart: 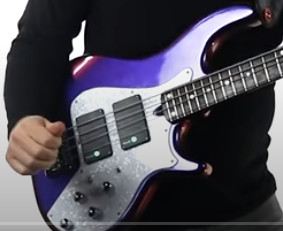 Ya I noticed that on Mark’s too.

There’s not a lot of real estate on the Ibanez for sure so maybe that’s why they are so close.
On their site they look a little further apart than the Enfield, about an inch or so.

So maybe SIMs puts them wherever they want too

I think I will space them like MM just to see. Can always move them round.