Here guys,
Everyone has put their gear up,
Here is some of my gear, I haven’t added my drums but will add in the future 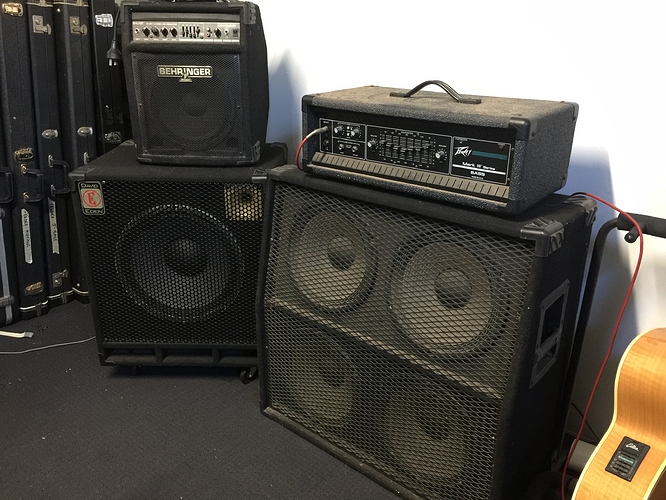 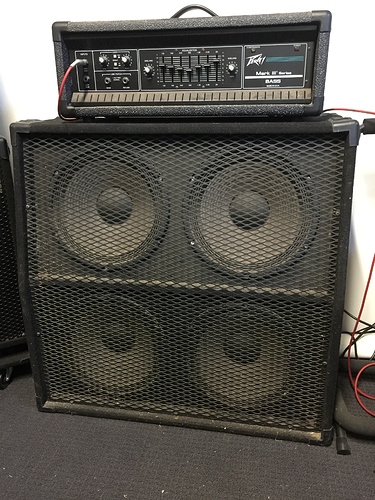 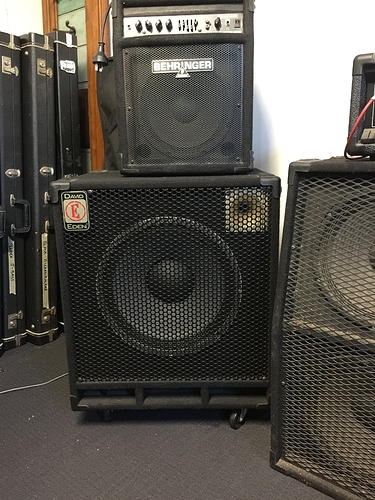 Back when I was still considering keeping an amp, I was looking at Eden 1x12s as a cab. 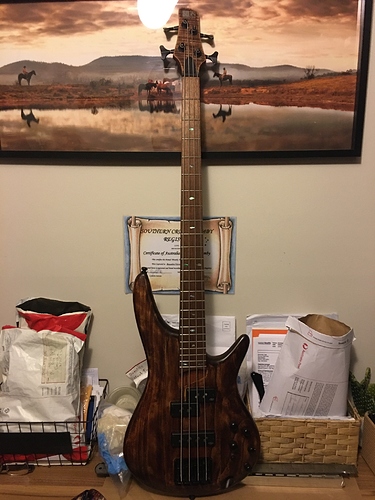 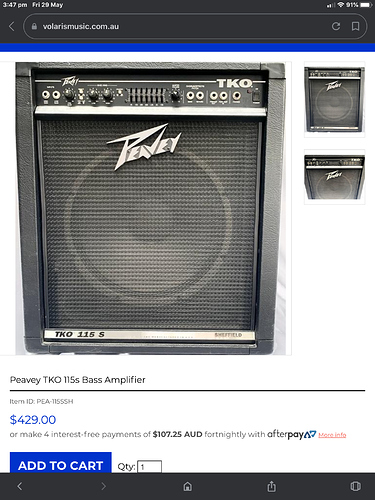 This is my present set up and I’m loving it

And no I didn’t pay that much for my amp.Im just too lazy to take a photo of it

Wow, sweet SR, what is it? I am still trying to buy this SR500 off the LET GO post, but the guy keeps flaking out on me, says only available late at night when I am not allowed to go. Yours is nicer, but for the $175 asking price, unless the neck is garbage, or the frets need to be redone (maybe I turn it into. Fretless if that’s the case), it’s a hard deal to pass.

Again, this is not as nice as yours. It is a step up from my SR300, so I am excited to compare them side by side. 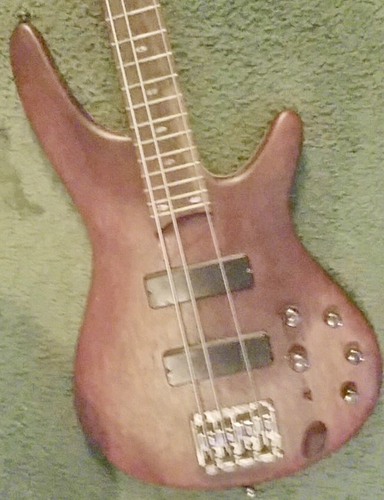 Ohhhh! @b.s.excavations, that Peavey is nice looking, mass EQ on her.
The Behringer looks like it’s got a nice lil GEQ on her too. How does the Behringer sound?
When I very first started looking at Bass Amps, I was thinking of getting their 300w head to run with the HARTKE 8x10 stack I recently sold.
I changed. Y mind, and was more into the TC Electronics BH250 with Tone Print. Ultimately I opted to go SWR, because I love what I got, I had looked at and played the same model at the local guitar and Pawn many times. I always had it as an option in the back of my mind, and at $149 there, it was budget friendly.
All in all, I found. Way better deal on the apps, and got that same SWR WorkingMan 15 combo for $100, AND the mTching 4x10 cab for an additional $100.
Very budget friendly.
Then I lucked out and got a working 250w backline GK head for $25 ( well, for $12.50 really since it came with a semi functional Fender BZR 300w head

) that I CAN use alone with the SWR 4x10 Cab.
Again budget friendly. So much so, I been playing with a lot of pedals. And I got one yesterday, that makes me want to revisit the TC Electronics BH250, and at sometime in the far off future, I am going to for sure.
Why?
Because I been playing with TONEPRINT and am finding that I really like it. “I Like It A lot”

and on the amp, it is a great feature. On other amps that have the multi effects built in, like the Fender Studio 40 ( I like this a lot too) I beleive, are similar to having my Zoom B1-four inside the amp.
You select a desired effect, and when it’s on, you are playing that effect (single effect, or preset for a combo of effects pre built) and you just play it, and the volume adjusts up and down, and there you go.

Well, when you beam a TonePrint up (really freaking cool to do), you have a preset for a single TC pedal, or an artists signature settings on the effect, or other standard and artist presets (of course you can edit and sVe your own, and it works with Bluetooth (not WiFi like Studio 40 tho)

So when you are playing, you still have your volume, gain, and 3band EQ (IIRC) and the TonePrint dial, which works like a WET signal, so you can blend the TonePrint into your AMP settings

I may be off by thinking this feature is kind of one TC Electronics has in this product, and others like5ge Studio 40 do this as well, but since I was looking at them before, this feature and how it works has spiked mi interest again.

I really wanted to know…

Hey @T_dub,
It’s been that long since I last used it I honestly can’t even remember what it’s sounds like.
Maybe I should get of my butt and plug it in.
It’s Saturday arvo here so I will give it a run tomorrow and let you know.

Maybe I should get of my butt and plug it in.
It’s Saturday arvo here so I will give it a run tomorrow and let you know.

Yeah, hey off yer duff mate! Lol, just playing, but yeah, no real rush, I was just curious, I do not beleive I have ever heard one before.

I hear that. Although I am a Rude Boy, I am not that rude.

Hey @mac,
Where are you in Melbourne.?

@b.s.excavations
I’m in the eastern suburbs , Kilsyth to be exact

So, how close are you to each other?

Probably about an hour

Like Torrance and Costa Mesa in mild California traffic. Lol

Yep, are things quiet in Costa Mesa, we are just seeing the riots etc on the evening news here.

Yeah it’s a good old hike out there from here