Here’s an ideas for everyone, but especially good for, “burned out hippies:” Join a ukulele club. Ukuleles are enjoying global popularity, I belong to two clubs in Southern California. Bass players really enhance a uke group, and most clubs would gladly welcome a bass player if they don’t already have one. Trust me, you’d be the star! I am learning bass with my new Gretsch Jet, but also have a Kala Ubass, which plays exactly like a full size bass, and it plays nicely though my Rumble amp. It seems to go better with a uke group, appearance wise, but not necessary, as a regular bass is also fantastic. They both put out the same sound. Give it a try, it’s better than always playing alone. Google uke clubs in your area, there are lots of them around!

Sorry, but every time I think of ukulele, visions of Tiny Tim pop into my brain. I’m in therapy for it, and hope to be cured soon.

Yeah, we all know about TT. Like your therapist probably already told you, you have to let go of those nasty thoughts!

@PamPurrs I cant get that horrible screach out of my head and I last heard it 50 years ago.

I actually bought a uke when I was in Hawaii a very long time ago. I’ll check for groups here in Palm Springs.

I actually thought about a bass or baritone uke to carry on my MC. Figured in the uke club a bass player would be a god. but alas I am moving to southern Utah and the the only uke they know is a a humongous radioactive ore carrying truck. Somehow the rumble ain’t the same SIGH

I actually thought about a bass or baritone uke to carry on my MC.

Check this one out

I looked up the song, the comments and then movie version. Glad I’m not prone to nightmares or such: https://www.youtube.com/watch?v=tEp-XtGOp0s&loop=0

I belong to two clubs in Southern California.

Where in Southern California?

Thinking of Ukulele, I always have those 2 fellow germans in my mind… 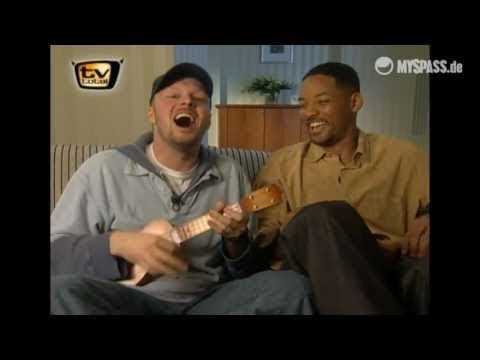 Thinking of Ukulele, I always have those 2 fellow germans in my mind…

I don’t like the TV Total show.
I liked the guy when he was still a relatively unknown VIVA host.

That said: The so called “Raabigrams” are epic and just part of German culture by now in my opinion. And the guts it sometimes took. The clip of the Raabigramm for the Klitschko brothers: Imagine sitting between those two and basically telling them in song: “Your incredibly strong but… ugly.” Okay - he didn’t say it but the open rhyme was there and it was obvious.

For all the non German speaking people or simply people who don’t know the show or the guy: Stefan Raab is a TV show host and he made short songs taking the mickey out of celebs. The format of his most known show is making fun of bloopers and mistakes that happened on TV. My personal favorite is them reenacting a janitor cleaning up during a news show. They had to reenact because the original channel threatened to sue if they show it!

And Otto Waalkes is and always has been a treasure. A rare diamond of comedy genius. Although the clip you posted doesn’t convey that properly.
The mix between slapstick and intelligent humour of him is great in my opinion. Although I liked him better when he was younger.

Thanks a lot @juli0r. Now Tiptoe through the Tulips is stuck in my head again. I had to call my therapist to see if she could get me in for an emergency session.

Lucky you, your mention of tip toe through the tulips has me shopping for a pre frontal lobotomy using a cutting torch, a circular saw and a hammer drill…thanks for the flashbacks Pam… right after reading your comment a friend showed up and I answered the door still strapped to my P bass… and he said “Oh is that like a big ukulele ?” It seemed like days till the chopper arrived to transport me to the trama center…just so you know there aren’t enough drugs erase that from your memory…last thing I can remember had something to do with a wood chipper and a mountain stream…

Descendents’ Milo Aukerman Is Still Punk on the Ukulele