After some research and wanting to buy something available here as I didn’t want to wait I opted for an Obsidian wiring and pot upgrade for the P bass.
I eagerly parted with my $85 and waited on the mail.
Well it arrived today and I fitted it tonight. No soldering required is a bonus although I did end up cutting and soldering the original earth wire for convenience.
A quick test shows quite a difference in tone from a dull thud to quite a zing with the tone switch turned up full.
As for the volume it’s a big improvement. I now have a useable switch instead of what seemed like an on/off with the original wiring. 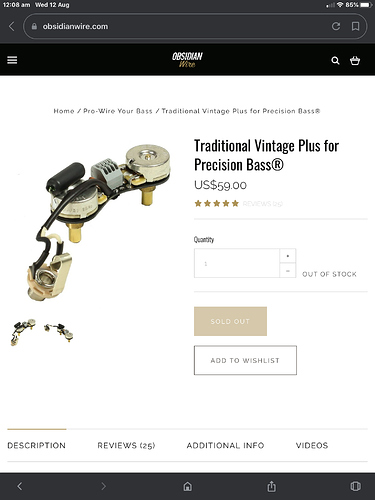 Hmmm, not sure I slipped that in so it was not so obvious…?

Yes
Yes, once I work out how do do it as I can put the original set up in the Chinese P
And no but you have made me look at Sterlings recently

but you have made me look at Sterlings recently

We’ve got these for sale over here. Wondering if they are something along the lines of a cheap Chinese copy? 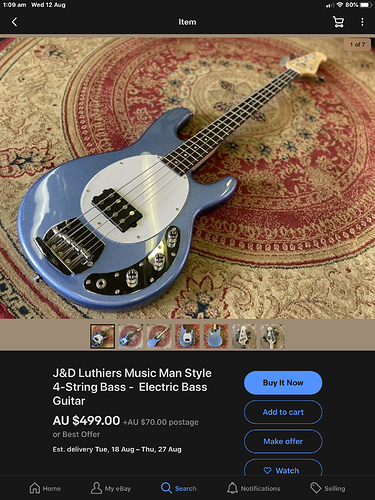 Looks like the real thing, headstock and all.
It is most likely that they have a licensing agreement with Sterling or Music Man. Much like the brand OLP which technically stands for Officially Licensed Products.
Boils down to, it is probably made from parts from the same factories as the parts for the Sterling Sub Ray (4 and 24) are made, quite possibly assembled right there too. For that price, I would hop on one. if the pickup is cheapo like mine, you can put an Agiular of Seymor Duncan in it for just a bit more.

I found a post by a Luthier here in the states in “Offer Up”
He posted this bass for sale and to show a picture of the quality of his work. 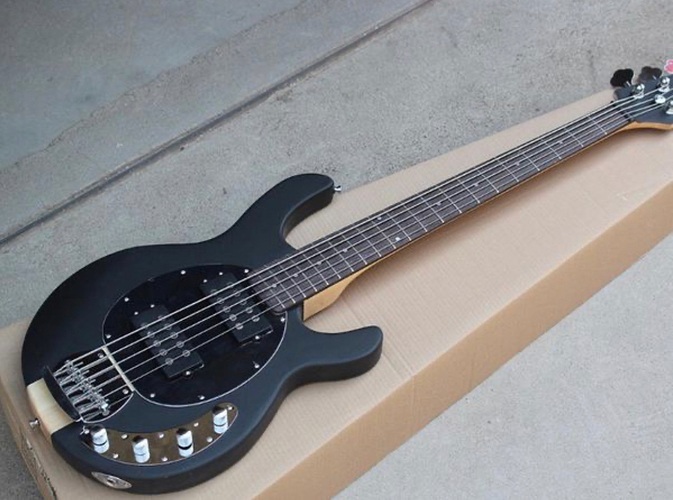 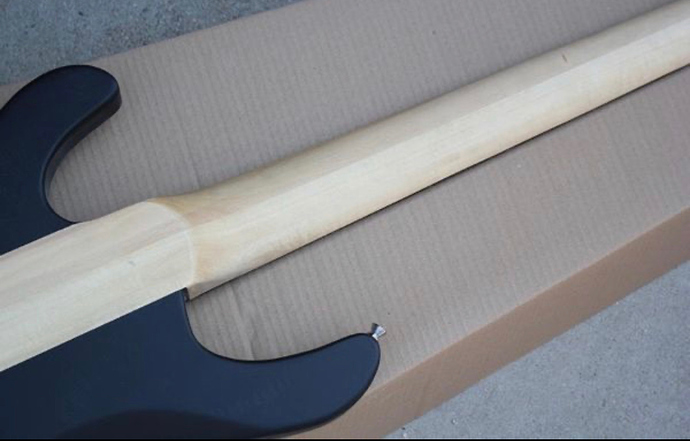 I spoke with him, very nice guy. I was asking him how much to make a 4 striating version of this same bass, that was before I got any stingray’s, and I fell in love with this bass, and the fact it was a Neck Thru stingray, PLUS it was a Stingray 5 HH, but with the 4 HH style pick gurad, and not that other look, that many Stingray 5’s have where the pickgurad turns into the control plate.
He told me we would have to talk more about exact specs before he could quote it, like if I wanted high end electronics, tuners, controls, what design I wanted, etc…

I have not gotten back to him, but I am intrigued by his work and can see ordering an orange stingray neck thru copy someday.

FYI, if anybody has any interest, He lives in the Cincinnati OH area in the USA. I have a way to get to him thru the add, and here is what his advertisements says about him an his work. 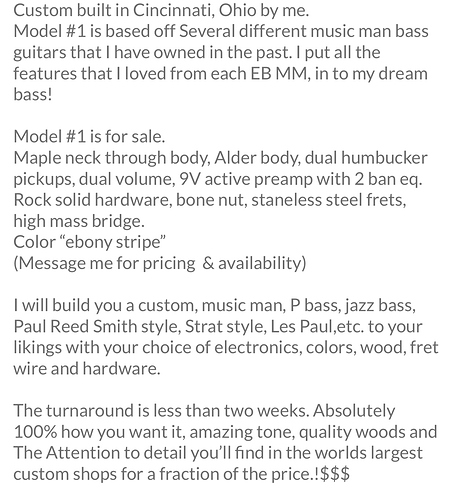 @T_dub a nice custom built to your specs. Now that wood be something special
Jamie

That is AUD right? so its about $275 - $300 USD right?
Thats about the price of a Sterling Stingray Ray 4, or even an OLB Sub Stingray.
Seems ok to me

But I could have that guy build you one @Mac, and ship it to you.
He only wanted $400 for that one in the Pic, but I think it might be to get his name out there, might be more for a built to order vs. the one he already has.

Of course, I could tell him its going to Australia and that it will get his name out on the other side of the globe, and he will cut a sweet deal???

I was talking about the pots

Might be something I’d consider in the near future @T_dub

I was being pretty lazy to be honest @terb. I know I could have sourced the items for a lot less and done the soldering but my heart wasn’t in it so I took the easy way out.