Pam and the Piper

This is waaaaaaaay off the topic of bass guitar, so I apologize…

Today we (American Legion Riders) rode in a parade and were behind a Highlander bagpipe and drum group. As we rode along, I enjoyed the music immensely, despite being partially drowned out by the roar of our motorcycles. After the parade, we all wound up at the American Legion, where we enjoyed some libations. I got into a conversation with one of the pipers, and told him that I had been learning to play bass for the past 6 months. One thing led to another, and we have arranged to get together and let me play bass with him and some of the other pipers at a practice. Who knows where that could lead.
I realize bass guitar doesn’t necessarily lend itself to bagpipe music, but it sounds like it could be fun… and since my phone isn’t exactly ringing off the hook, it’s the best offer I’ve had so far.
@PeteP I know you will enjoy this, because I know how much you love bagpipe music [snicker] 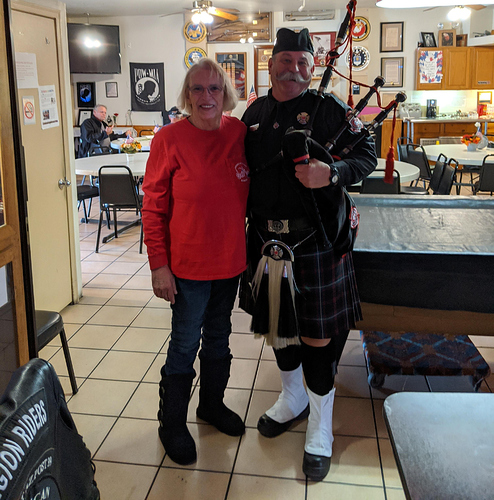 I did verify that he WAS commando!

If not, it’s just a skirt

You are such a badass! You go, girl!

@PamPurrs, much as I, erm, ‘have issues with’ bagpipes, I also humbly bow before superior musicianship.

What I’m not sharing at the moment are phots of the two occasions I was kilted in the last month; once with Jacobite shirt, once with Argyle jaiket & waistie. I may be a little rusty with the bass at the moment, but I more than make up for it by rockin’ the kilt.

He’s a little retropic of me in full Prince Charlie outfit for my own wedding - a few years ago. This’ll test your taste for kilted men. 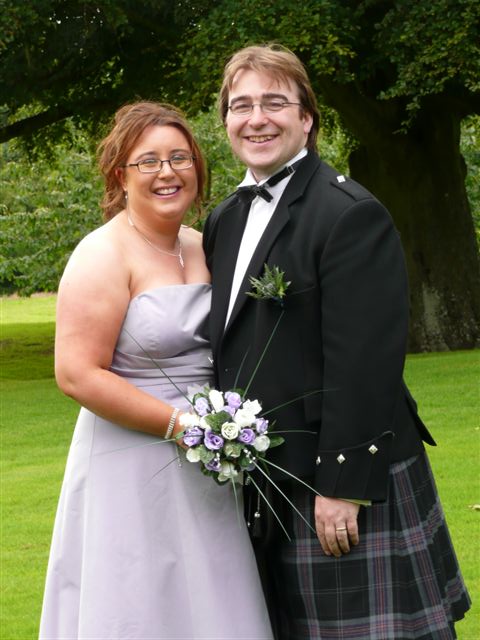 [edit] that’s not my own wedding so it must be significantly later - not sure when, but no less than 10 years ago.

That warmed the cockles of my heart! What a wonderful thing to behold, brought tears to my eyes, must be those Barclays and MacClellans in my genes!