I like how Josh is able to start tracks with a pedal. I just finished the course and would like to have a setup to play songs or the practice tracks through my amp and start with a pedal. Suggestions on an inexpensive basic setup?

Hey Dan! I’m gonna spill all my secrets of how I do that…

Method #1: For the Beginner to Badass course, and most of my Youtube videos until recently, the extremely fancy pedal I used was… hitting the spacebar on my laptop with my foot. Since I was also recording my bass on said laptop, I had to do some fancy internal routing, like this:
Channel 1: Bass -> audio interface -> Logic (recording software)
Channel 2: Ableton Live (where I kept the play-along tracks) -> Soundflower (internal routing program) -> Logic

But if you’re just playing along with stuff and not recording, it’s easy to just hit play on the computer, and voilà.

Method #2: Because that fancy internal routing stuff caused some frustrating digital clock/sync buggy stuff, I switched to Method 2, which is just using a Boss RC-3. 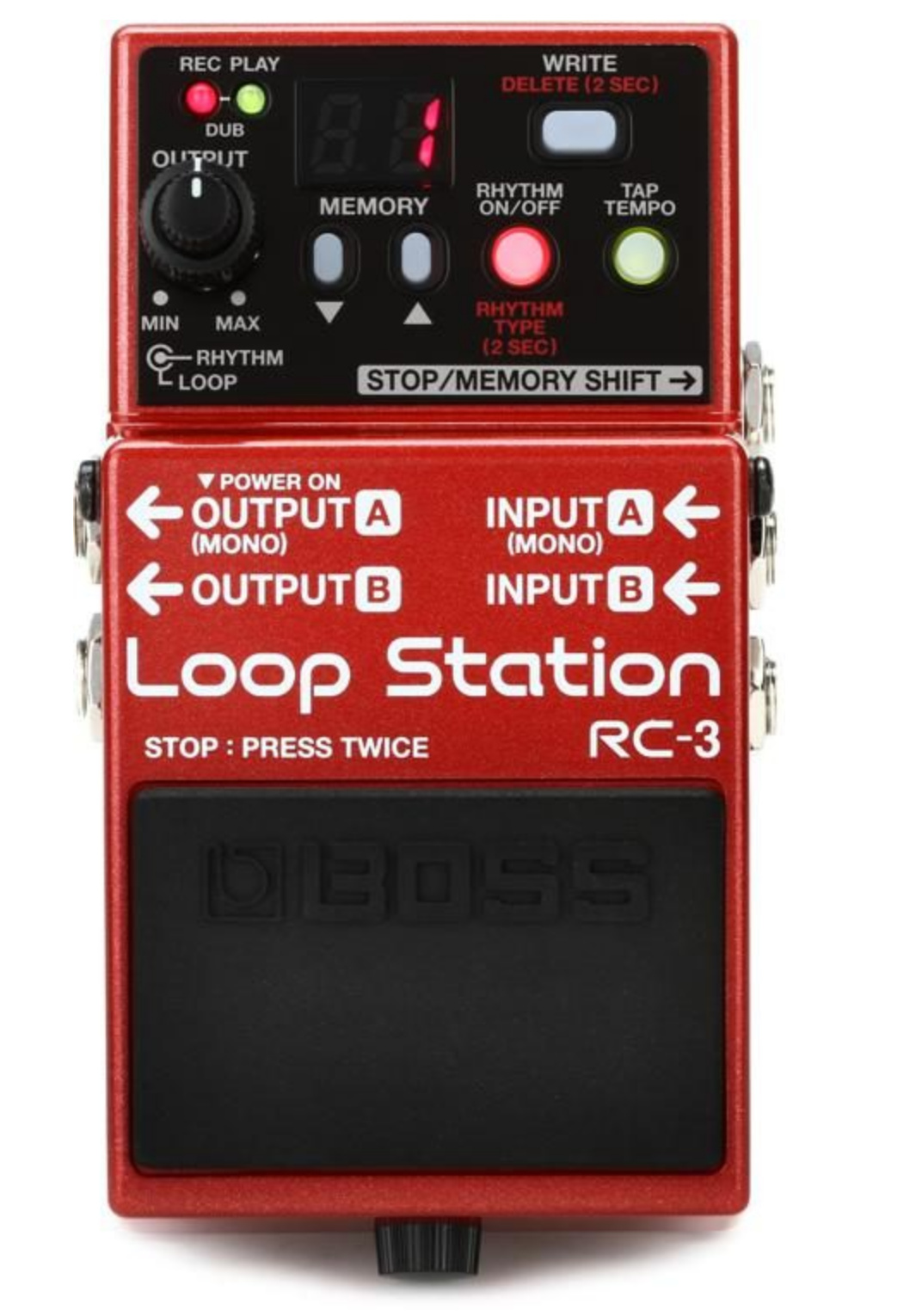 You can load tracks onto the RC-3 from your computer via USB fairly easily, although they MUST be formatted as 44.1kHz .WAV files or they won’t read. But once they’re on there, you can tweak levels, and set it to either loop (doesn’t work great with loaded tracks but good enough for practice) or “one-shot” trigger where it stops after one repetition.

I chose the RC-3 because it has plenty of memory slots and storage space for storing lots of minutes-long tracks at once.

Those are all my moves! Anybody else have a setup like this?

That RC-3 looks really cool and I didn’t knew that loopers could actually store that much data.

I just connect my computer or smartphone to my amp aux input to play along with songs/tracks or drum apps.

Method #1 sounds like a plan to me. You could even get a cheap full size keyboard to plug into said laptop (to prevent putting the foot directly on the laptop) to provide a larger target.

Thanks for the tips!

Back in 2005 or so, I played in a band called Kernel Panic (as the guitar player) and we needed to launch tracks from a computer during our gigs. We didn’t had a drum player, and we played our songs with tracks we made with drum machines so I had to find a way to launch and switch the tracks at the beginning of each song.

I built a cute little pedal for this purpose. After all these years I still have it so I can show you the beast : 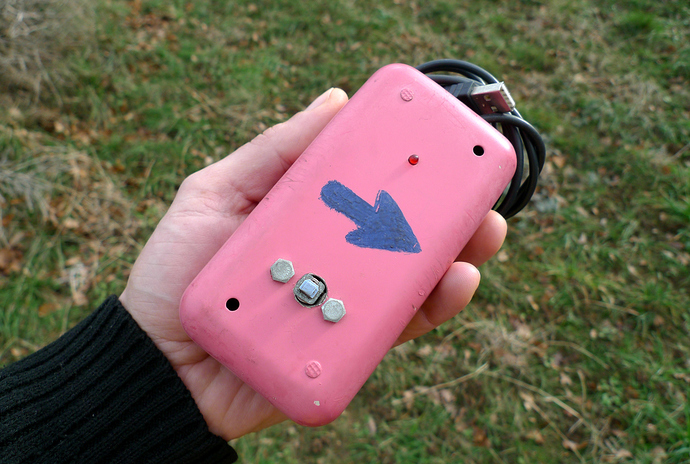 basically it’s a footswitch with a USB connectivity. there is a mouse circuitry inside the box, only the left button is wired and it’s activated by the footswitch ; so the pedal is seen like a mouse by the computer, and the signal transmitted by USB is obviously a left click when the footswitch is pressed.

So, what I did during the gig is that I placed the mouse cursor over the play/pause button with the touchpad of the laptop (of which the audio output was connected to the PA), and then I could launch and pause the tracks with the USB pedal. I had a playlist with all the drum tracks in the order we played the songs during the concert, so I could control all the setlist with this pink cutie. I’ve been asked a lot of questions concerning this strange pedal

(I also used the same setup during the rehersals. It has always worked perfectly. I tested it again today and it still works like a charm.)

I didn’t use this pedal for years (except for the quick test today) but I’m glad I kept this thing, that’s a pretty unique relic from my musical past