with most active pickups there is a recommended matching preamp. is there any rules about mixing these? example buying an aguilar pickup and matching it to a darkglass preamp. i’m asking out of curiosity, because in a recent lobster youtube video he liked a seymor duncan pickup but thought that their preamp was cheaply made, and i was thinking, just use a different preamp.

Never heard about any mixing rules. All I can say is that I like my passive Aguilar pickup combined with any preamp pedal. On the HX Stomp I really liked the Aguilar preamp sim with any of my basses, passive or active.

Darkglass preamp is imho one of the most clean sounding preamps out there. So you can pretty much mix it with any pickup?

woops sorry i should have been more specific. i was speaking about changing the active preamp and pickup in an active bass. not a stand alone preamp pedal. my bad. 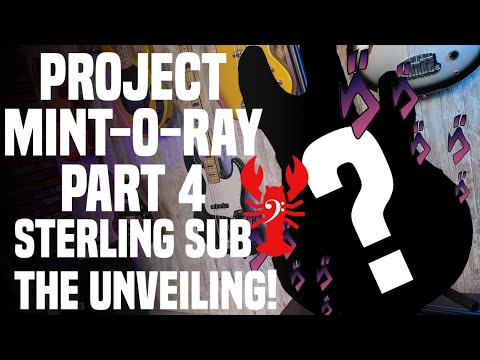 there is no problem with this.
If you watch all his videos, particularly the Mint-O-Ray, Mold Smoothie and all the Ray4 Mods he does, he mixes and matches. The Mint-O-Ray and Mold Smoothie, he was working within a budget. First on the Mint-o-Ray, to try to pimp out a Ray, and second, on the Mold Smoothie, to try to replicate a EBMM Old Smoothie out of a Ray 4. On both of those, he did mix pick up and pre-amp, and he did the DarkGlass ToneCapsule on the Mint-O-Ray with I believe Delano pickups.
Mint-O-Ray sounds and looks Awesome (even tho it is Mint), but it doesn’t sound anything like a Stingray anymore, although it has a HUGE range of tone.
Mold Smoothie, uses a replica clone pre-amp of the 77 or 78 Music Man 2 band pre-amp, and he used it with a Cheaper chinese pick up (with a 5 string pick up, as the Old Smoothie uses a custom pick up that looks like a 5 string), the name I don’t recall OTTOMH, but I am familiar with it as a cheaper decent option for a Ray 4 upgrade (however, for about the same price you can get a hand wound Kent Armstrong, so that would have been my choice). He has the EBMM that he was trying to replicate. He got the look down, and the Ray4 Mold Smoothie did sound great, but it did not quite hold up to the EBMM. Possibly with a better pick up (and going over the $500 budget, bass included in that price, then he might have gotten closer to the real thing. it was very impressive none the less.

Most of the Ray4 upgrades were matched, but one or two were not. I know he used a Tone Monster pre-amp in one of them, and not sure if that company makes a pick up. (I also see Johnny long put Tone Monster Pre-amps in all sorts of basses, and loves them. Lobster put one in the Harley Benton Stingray clone).

So your real answer is yes, you can mix and match. EMG in particular is solder-less, as other kits may be. If you mix, you are probably gonna have to just cut off all the connectors and solder it yourself. At minimum, the pick up connection to the preamp connection, the preamp may still be solder-less by itself.

good info, thanks. I personally don’t have a need to do this, more just curious.

I personally don’t have a need to do this

What the hell does that have to do with anything