I really like the bass player for Gouge Away and most of their stuff is post-hardcore. you could probably listen to Converge. the bass player is Nate Newton, who also plays the guitar in Doomriders and Old Man Gloom. 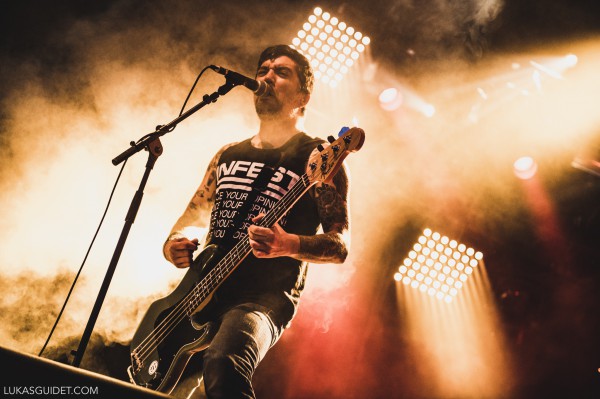 I’m an old school guy, but the descendents are still around and have an all time great player (actually a few over the years). Oh yeah and this guy covered them Oh if we open this up to old school punk, there’s plenty of examples

It’s too bad Greg Norton gave up music for his cooking.

His restaurant closed a loonnggg time ago. Last I heard he was a wine and booze buyer for a big minny restaurant.

Oh seriously? I didn’t know that. Too bad about his place.

@howard
That first song they played reminded me a lot of MeWithoutYou which was one of the first bands of the genre I was exposed to. https://youtu.be/MtxxGnOoctw
Thanks for the recommendation. I’m going to find some more of their stuff.

There’s probably several bands on their label (Deathwish) that might interest you. Though it is mostly metal/blackmetal/metalcore. Still, a lot of good stuff there - I really like Oathbreaker and Deafheaven.

Bomer ( Richard Manzullio) and then Joe Raposo from RKL (Rich Kids on LSD) are possibly the best and most influential punk rock bass players ever.
Bomer is dead
Joe Raposo is now with Lagwagon

Fat Mike is really good too, and those are his two biggest influences, they are who he wants to be.

I would never argue that Tony Lombardo of the Dependents did not write top punk rock basslines too.

It was “Human” (Steve Plauter) from the Vandals (on the album “Peace Thru Vandalism”) that made me want to be a bass player when I first heard it, back when I was 10 or 11 years old

BTW, I hate anything called POST or CORE other then HARDCORE PUNK
if it is good, it is Punk, if not, it sucks, period. I don’t care if it is Rock, Thrash, Metal, Southern rock, some Rap and very little electronic music, if its good, its all PUNK to me. Examples -
Beastie Boys, Sublime, Johnny Cash, Motorhead, Black Sabbath, Slayer, House of Pain, NWA, PE, Pantera, Die Antwoord. All punk in my book.