Public covers - which one gets the most attention?

I was looking at my YouTube channel and not that anything is going viral or anything, but I was quite surprised by the one that so far has gotten the most unsolicited views, feedback etc.

So, what gets the most attention on your channels (if public)?
Curious now.

My initial video for Down In The Park went semi-viral on facebook and got a few hundred views and some comments. It was my first attempt at mixing and was mixed pretty poorly; I have since replaced it. No comments at all on the new one After that’ it’s Disorder, sitting at just over 200 views. And then Temptation and Procession after that, basically tied at about 140 each. Procession was interesting for me because I played second guitar on it too, the only one I did any 6-string work on. Was still carried there by my bandmate though. I’m probably going to remaster all of these again as I have earned a lot since then, esp around vocal processing and stereo expansion.

Interesting question, I just looked at my stats. Most of my covers in the 50 song challenge are between 20 to 50 views. But for some reason:

It isn’t a particularly good cover. I have no idea why it’s viewed 10 times more.

People love the Man in Black?

Interesting question…I’ve never paid much attention to that stat until you brought it up.

Beds are Burning is by far number one in views.
Bitch is second
All the others are closely behind

P.S. A great many of my videos are on Vimeo (due to copyright claims on YT), but I’m unable to get the stats without becoming a paid member.

Folsom Prison Blues & La Grange are tied on mine at 36 each.
Bad Moon Rising is at 34.
I have a VERY small circle of peeps who I send the links other than here on BassBuzz, so I do not expect to go viral ever.
I have the comments turned off (not by conscious choice, I guess it was the default - but glad I did as I can’t handle the rejection! LoL). 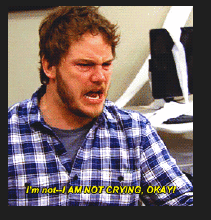 I have the comments turned off (not by conscious choice

FYI, If you check the box “Made for kids” YT automatically turns off commenting. If you uncheck that, your comments may be turned on.

I have the comments turned off (not by conscious choice

FYI, If you check the box “Made for kids” YT automatically turns off commenting. If you uncheck that, your comments may be turned on.

I did this at first then changed them all so that folks could comment. I am very pleasantly surprised at the positive comments I get. I am not too worried about any negatives that might come, I am a noob, I am ok with it.

It is really really nice when a stranger leaves a nice comment, lots of motivation to keep going.

It is really really nice when a stranger leaves a nice comment, lots of motivation to keep going.

Hmmm, I could really give a rip what others think (outside of BassBuzz) but I like that logic @John_E and might consider changing my settings on future covers to see if anyone “outside our circle” does leave a comment.

@PamPurrs is right, I was checking the box “made for kids,” not sure why I was, I think to make them viewable to everyone.