Although I’m not crazy about the style of binding.

Love the color tho.

some short scales are better at it and some are worse, but I find this just really disproportionate and weird looking.

I always though ricks are weird looking, but this one takes the weirdness crown.

I dunno. I have to actually see one. Somehow a 3" picture on my 'puter screen doesn’t tell me anything. Although a short scale, (30.5") and 24 frets, makes me wonder.

It looks more like one of their guitars. Wonder if they just put a bass bridge on a guitar and change the hole pattern in the headstock?

Here is a link to a short write up by Guitar world.
https://www.guitarworld.com/news/rickenbacker-reveals-limited-edition-90th-anniversary-480xc-and-4005xc-models?fbclid=IwAR07ddfqPQCT4HSeazgPvCmClJ2hT_aHCJs522AGg4YdsgIRjKwKRZK2xCg

Hmm I think I wil need @terb for second opinion here, but that burst is not doing it for me.

Not totally hideous but not nearly as good as they have done before.

Pity too because I really love the orange/red color it bursts in to.

The burst is not great. I think bursts should have the darker color around the edge and get lighter as it goes in, making it like an explosion (or burst of energy). This is almost a reverse burst, like an implosion, where it is really thick on the edges, and showing less of WHATS INSIDE.

That said, I do like the colors, but would prefer it more like that cherry burst that Davie 504 plays in his last video (and many others). The Ray34 that is like mine, but mine has more of a honey burst in honey color on the edges, then a cherry burst, in red color on the edges, and mine has a maple fretboard, his is a rosewood.
The older Ray34’s were well done bursts, as far as bursts go.

Hmm I think I wil need @terb for second opinion here, but that burst is not doing it for me.

agree, of course. it’s not really hideous but not far. 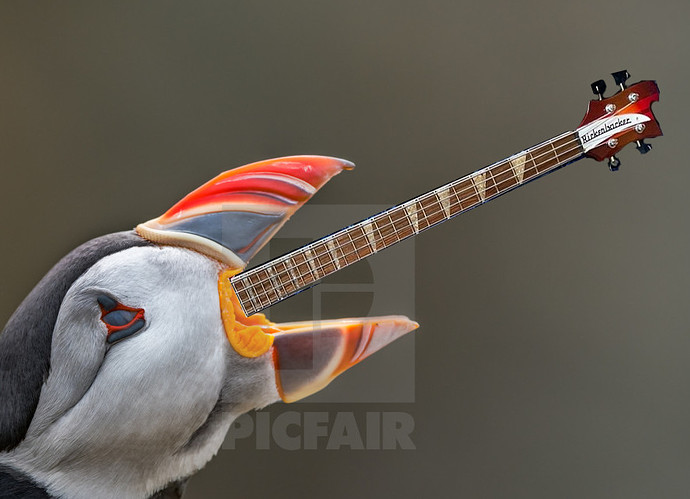 Thanks, you just made my day

For what exactly? A good chuckle?
Please, be sorry more.

What has been seen cannot be unseen.