Guys, I need help. So after about a month of fighting the immortal bow in the neck of my bass I decided to take it to a shop. I made sure to tell them the neck had bowed from the recent freeze in Feburary (even though it decided to not bow until the first day of spring) and that I’ve tightened the truss rod to its max with no results. Before ever taking it to them I had messed with the saddle heights and intonation to where it was as flat as it could be without bowing or buzzing. Of course, that left me with a very dead sound that would still take a goldilocks touch to keep it from buzzing. That would be why I gave up and took it to this shop. Having just got it back today I noticed they didn’t get rid of the bow, but they did bring back the sound it once had. In other words, I could play all the notes without any buzz even though the neck still looks like a skateboard ramp when in tune. I have yet to see if the truss rod can move any further (or they did anything to it at all) and hope for the best. Ultimately it still looks tight as ever at the first fret and spacious enough at the bridge side to hold one of those pink erasers. Annoyingly enough, loosening the strings to an unplayable point gets rid of the bow but one couldn’t take the strings out of their nut slots without resistance (so it’s still tight at the nut). I’m pretty sure this bass has a two way truss rod in it, which might explain why I couldn’t solve this issue by taking the nut out and setting washers underneath. As of now there are two options that stand out to me but I don’t know if either will work. First one would be to raise the nut height or buy a new one. Second one would be to stick something beneath the bridge side of the neck where it’s screwed into the body so it lifts the neck up. I’m also thinking of buying a new neck, but where would I get one that’s compatible with a Squier affinity jazz and isn’t a hunk of garbage? Plus I’m not sure that the neck is too far gone at this point, in fact I’m not sure of anything. Yes, it’s a cheap bass but it’s all I have and it was a Christmas gift. Just kinda sucks to have waited two weeks because their repair guy was on vacation only to have half the problem solved. Still, I haven’t tried to tighten the truss rod yet which I’m sure is a detail someone had to notice. The fact I mentioned it to the first guy to see me and the fact he was certain it needed a “setup”. There’s just no way that was overlooked

but idk I’ll update you guys again once I make an adjustment attempt or take y’alls considerations.

Dilema. Hope you get it sorted.Looking at ebay you can buy a new bass for not much more than the price of a neck

I’m not a fan of quitting just yet but thanks for the suggestion.

Well, on the receipt it says they adjusted the neck, nut, and bridge to minimize buzzing while staying with factory style playbliltiy. But- but the neck still looks like a crowbar

The picture where you can see the whole neck is what it looks like “detuned”. I tuned it again but not plugged into anything (basically holding my phone closer to the pickups haha). It’s not as bad this time around but the unevenness is still there. 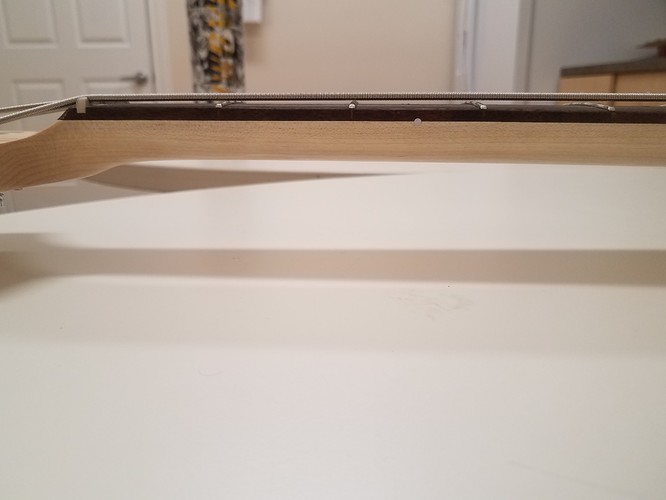 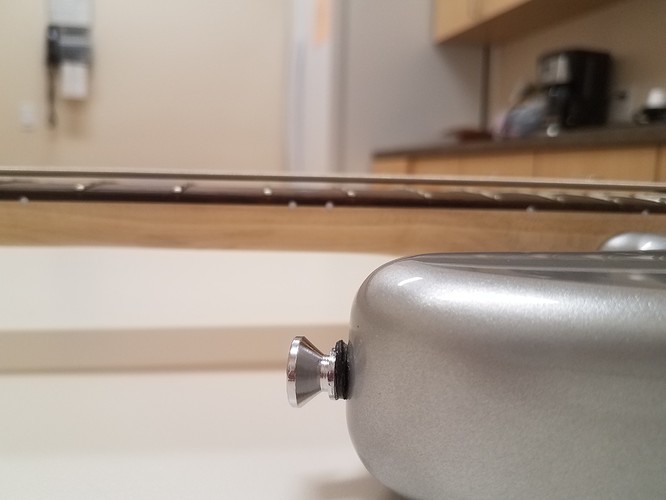 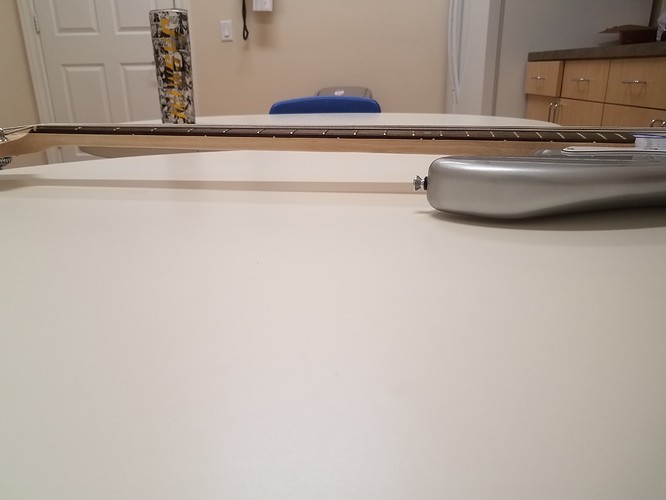 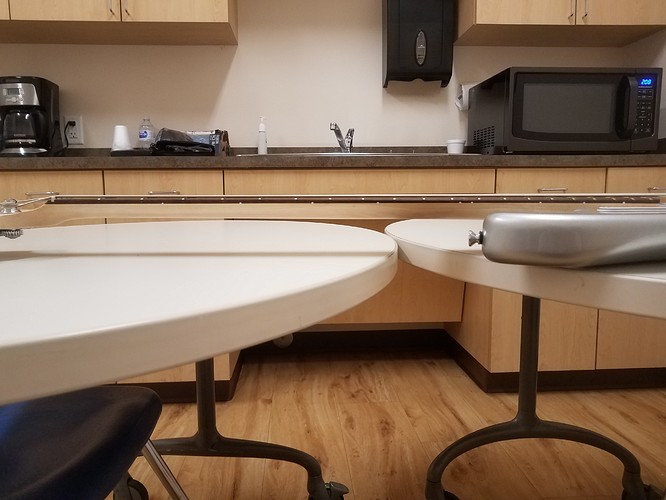 If the neck is warped or just low quality, the solve is high action. The straighter/flatter etc your neck is the lower you can go without buzzing issues.

Did you ask the tech what he thought about the neck and if there were issues? Is it a good and reputable tech?

I’ve raised the action before but only one end was affected by the adjustments. There isn’t any reputable technicians around here, only shops that do repairs. When I came to pick up the guy who handed it to me claimed have worked on part of it while a majority was done by someone else. I couldn’t make it there yesterday when it was done so I couldn’t ask the questions I wanted to, not this guy anyway.

Update: I took the neck off and tried the clamping method but no dice, and now the truss rod is loose as ever.

I’m choosing to not mess with the intonation but the action is inexcusable, so I tweaked it again. At least now it sounds good and looks like a bass and not a skateboard ramp

Thanks! I’ll look at it now!