Could hardly read the tiny print 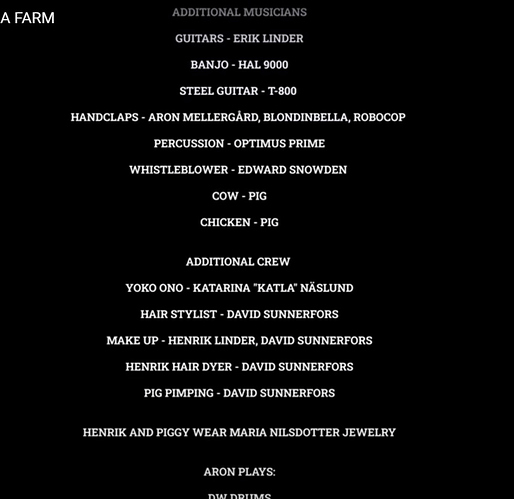 Woa, that brings back memories, I used to play wipeout on the PS1 and it’s ps3 remake a little bit! great OST!

Well it’s Sunday morning, I’m drinking freshly brewed black coffee to wake me up, and listening to this Love me some Clutch!!

one of the classic american bands, the official band of LA (seriously, the mayor bestowed it earlier this year) and released their first new album in 35 YEARS!!!

and it kicks ass. ladies and germs, X

Love that their style is the same now as it was in '85. That could have been off the same album as “Los Angeles.”

yep. it fits right in, it’s both old and new at the same time.

Yep, they are still Punk AF.
John Doe is a bad ass, great bass player, good singer and pretty good actor too.
There was this indie film in the early 90’s called Roadside Prophets.
It starred
John Doe
Adam “Adrock” Horowitz
Think
Dennis Hopper and David Caradine were in it also.
It’s been a long time, I vaguely remember the movie, but Adrock, sees John Doe riding a Hog, and buys a bike so he can follow him across country.
Like follow him, not ride with him, until John Doe calls him out, then they ride together.

A few weeks ago he was playing live in his apartment on acoustic guitar doing mostly old country songs, amazing. If the knitters ever tour again, go see them, they’re great too (basically X without Billy doing bluegrass songs).

Yeah, that would be a good show.
Reminds me of a blues show I went to 8-9 years ago.
Lee Ving’s Blues Invasion
I have not seen him do that again, but I would go every time he played his blues band. He was great, he did do a Blues cover of a FEAR song. I was trying to pick a song to choose (I posted Chartered Trips before) but really this whole album is just phenomenal. So here it is. i think pink turns to blue is my fave. bob said they did that entire album (double album) in one take, except they had to do one song a second time because they started it too fast. one of the greatest bands ever.

My fave there is definitely either Pink Turns to Blue or Chartered Trips, yeah. So good.

Amazing band live too. Barely remember the last time I saw them (for multiple reasons).

Like most Peel Sessions, these are excellent and different versions of these songs: Four of my favorite Cure songs as well, score

Both Play for Today and A Forest have killer basslines that are actually not too hard to play.