Sharp vs Flat in Keys Epiphany

Considering I’m classically trained, you’d think I would have realized this a long time ago, but only learned it in the past year. Feel free to correct me if I’m wrong on this, but this is my new understanding. When I was in a certain key, I sometimes didn’t know whether a note was a C-Sharp or a D-Flat.

Josh may explain this in a video, but I haven’t gotten that far yet.

I saw a good music theory video on YouTube and it explained that you know this because each note letter in a key is only used once.

Take something like the key of D. It has the notes D/E/F-Sharp/G/A/B/C-Sharp. 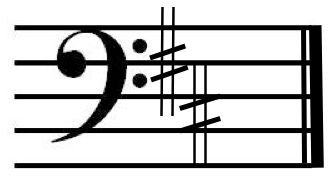 In a key signature, each of the 12 notes are labeled as a natural, sharp, or flat. So if you had something as a G-Flat and a G in a key, you couldn’t really represent that in a key signature.

That bit wasn’t in the video, but it makes logical sense to me, so I’m assuming it to be true.

Anyway, I was excited to figure this out.

Here are the major keys so you can see no letter repeats twice: 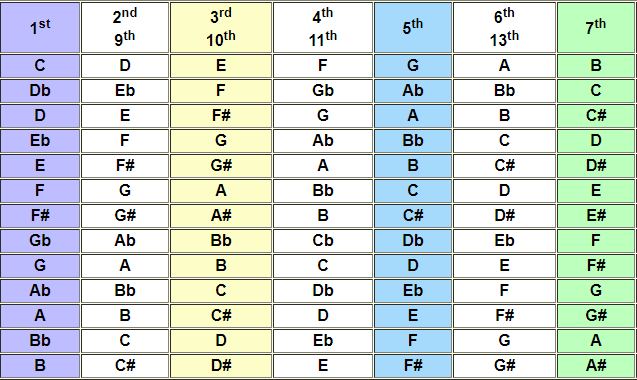 Well, there is also an aspect of practicality there… If you have a piece in the key of D major, then there will (very likely) be a bunch of F# notes. Since we have a key signature at the beginning of the piece and at the beginning of every line, we know that when we see a note sitting on the second line from the top (in bass clef), it is actually an F#. You could dispense with the key signature and write every time the # sign before each F - that would work, but be less practical. Even less practical, imagine you’d write Gb instead every time where there should be an F#, then you’d have to most likely also use a bunch of “natural” signs to undo that flattening again, as there certainly also are a lot of natural G notes in your song. So, the whole thing would be much more messy to write, but even more so to read.

Also, all this is connected to the circle of fifths - might be worth checking out if you are not familiar with it already!

But, really neat to see someone asking these questions - this is something I learned a long time ago, and never really questioned it or thought more about it

I am doing a collage level music theory course at the moment and I am constantly having these revelations. It is great. I think I could study music theory for the rest of my life and still get those Ah Ha moments.
At the moment I understand about 5% of what Rick Beato or Adam Neely are saying on a given day.

I know a bit about the circle of fifths, but am still learning. Tended to just glaze over whenever music theory was being discussed with me, but wish I’d paid more attention now.

Sometimes I wish all the notes had the signs on them in a song, but I’ll get used to just calculating that from the key signature.

Yeah, for sure, this was an aha moment for me a few months ago. It’s helped me to (try to!) ask, “what key is this?”, before naming a sharp or flat note.