My most recent obsession is Amon Amarth… and it happens to come at a time when I want a new bass. Does anyone know what basses Ted plays- or which his “main” is?
Thanks!

p.s. after a quick google before this post I believe it is an esp surveyor 5. But I’m not quite sure!

A quick perusal of Ted in concert seems he plays 5 strings, Musician Man with dual humbuckers, or ESP, Surveyors or F models. 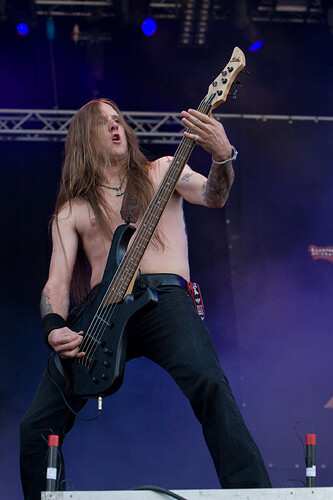 I can’t quite read what it says on the headstock, but I swear I’ve seen those horns before. (I want to say it’s an ESP design no longer made, but I’m not sure)

I downloaded one of those photos, and I could make an E and an S, and not what followed. It looks like an F body minus some bumps, but there is a cutout where the strap attached to the body that’s characteristic asymmetric and this bass has it.

ESP changes contouring over the years. My 2014 and 2020 stream 204s have the same shape, but the contours couldn’t be more different. 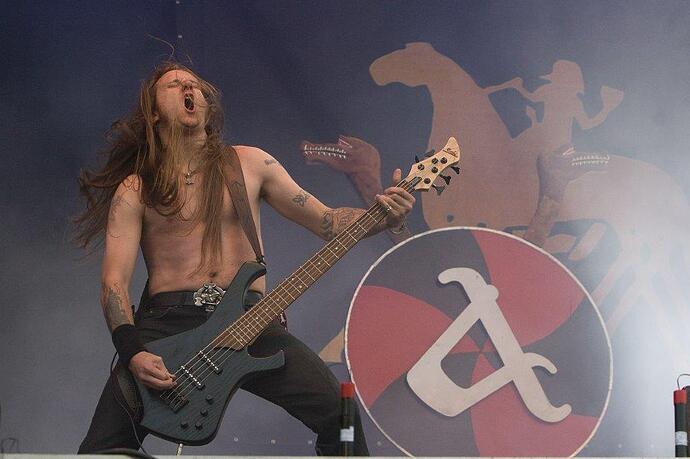 That’s what gets me, the rear is very “F like” but the horns are nothing like it. I know I’ve seen them somewhere though. The headstock isn’t the one used on the F or any picture of an F I can find, either.

And that second pic is better, that’s definitely not an ESP F. I found another of him with that bass, but it’s only 800x600 and I still can’t read what’s on the headstock

But the general body shape is an F, and the headstock could be on my stream. ESP plays these mind games with contours. Check out my streams, same models 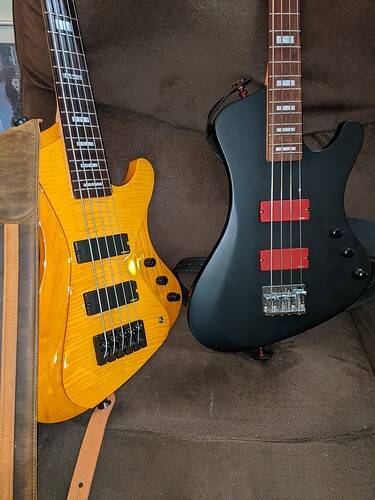 It could be one of their Japanese models. That shape by the bridge and strap attachment screams ESP 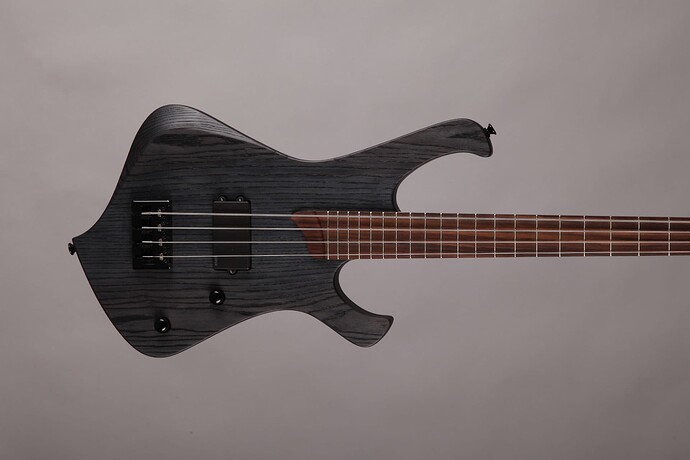 Peter Steele played one, I knew I saw that thing somewhere lol

Nice. You’re better than I

The Esh bass seems to be mostly on older pictures. The recent ones show a MusicMan Stingray 5 (?). 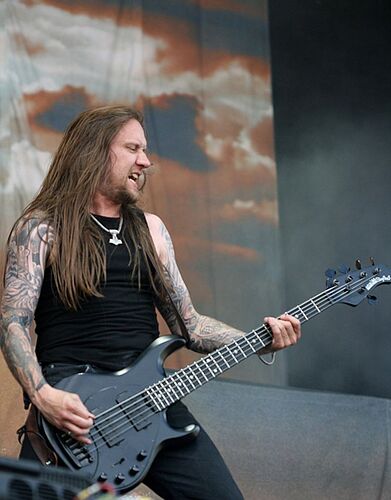 751×960 81 KB
Some websites make reference to an ESP Surveyor as well, found a picture of that one as well. 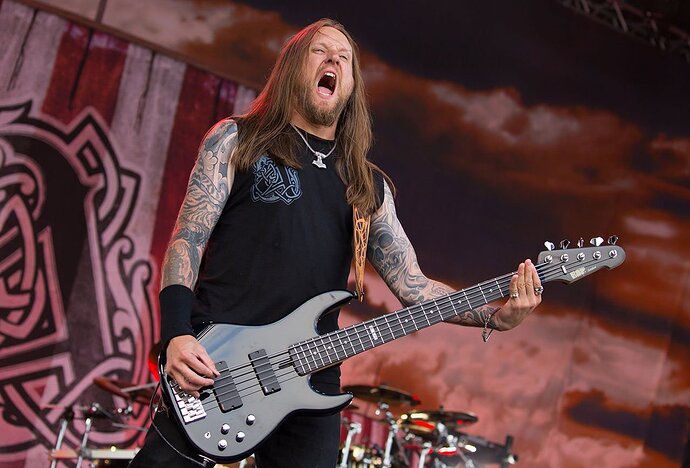 I saw some pictures of Ted playing an EBMM with a tear drop pickguard, so that’s a non Stingray I believe. Put me in mind a Sterling by Music Man Ray5 HH might do the trick 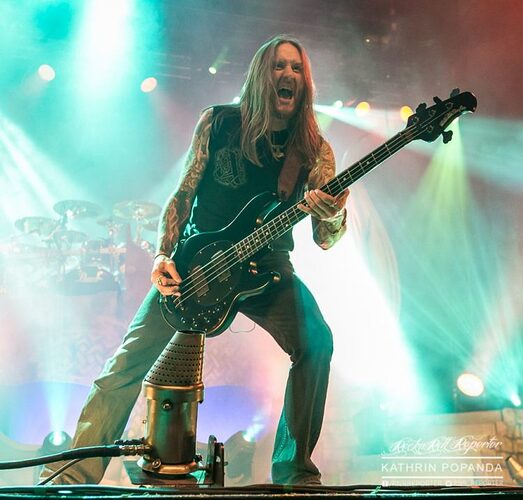 Though on reflection this is a 4 string

The Esh bass seems to be mostly on older pictures. The recent ones show a MusicMan Stingray 5 (?).

I believe you are fairly correct. When I found Esh it was mentioned in 2007. As an aside I would love a Peter Steel tribute Stinger but I am not paying the price those go for XD

Wow! this “blew up”- thank you for all the replies and info!

Awesome! Thanks so much ! 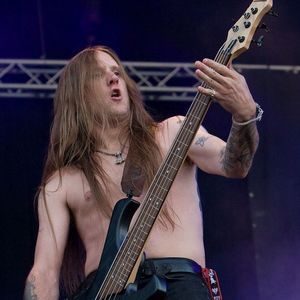 Yeah, saw that too when looking. Really handy site it seems! But bassists usually have a “fave” and I wasn’t sure if it was listed there

Well, the Esh certainly wasn’t there when I was hunting it down, and stuff on there had already been said (for the most part).