My Gretsch junior jet was the second bass I bought when I started playing. I got it because 1) I was having issues stretching on a big boy bass (not so much an issue anymore); 2) wanted something a little smaller for travel (don’t really travel much since covid); and 3) I was really into Royal Blood at the time.

I am really thinking of selling it, but torn about doing so. Reasons why I would sell are a combination of 1) being soured by the whole humbucker-gate thing (I never applied for the compensation); 2) I find I rarely play it; 3) I recently had to pay $50 to replace a faulty selector switch after that crapped out (technically still under warranty, but closest “authorized repair center” from Sweetwater was 2 hours away and after paperwork, etc., would have been 3-4 weeks; 4) the finish is wearing off the fretboard, leaving it splotchy looking (to be fair, I sweat alot and have rather acidic sweat–the nickel plating on top-end pro-grade clarinet keys wore off due to it); 5) it lacks sustain; and 6) it feels like playing a guitar–and kind of throws off my playing when switching back to a full scale.

Reasons to keep it are 1) I love the low-end thumpy tone–it works great for reggae and old motown-type thumpy walking bass lines; 2) super easy and fast to play; 3) doesn’t weigh a whole lot; 4) is fun to play; 5) bridge pickup gives a nice trebly rock tone–sounds sick when combined with a muff/distortion pedal; 6) I tend to noodle on it; and 7) I love the red finish and it looks cool

If I sold it, I would probably use the funds to either get a decent amp (only have a fender rumble 40) or put towards either an Embassy Pro or a Gibson Les Paul Junior Tribute DC Bass–neither of which I have had the opportunity to play. Now, I am not strapped for cash, so I don’t need to sell before I buy, but there is a space issue and n+1 thing with my wife. (N being the maximum number of musical instruments my wife will tolerate).

Basically, I don’t use it much and the pickups and selector switch thing have me wondering what will go wrong next. But, when I see it on the wall, I feel bad for not playing it, like I neglected my cat for too long or something. So, I will probably feel bad selling it…maybe.

Sorry for the long rant.

Keep it. Just resolve that it’s not a daily driver and keep it handy for noodling, its thump, its looks, etc.

It’s inexpensive new and, with the wear and tear you describe, it won’t fetch much. Probably not worth the hassle of trying to sell it.

I can see why you bought it originally. All valid reasons. A 2220 was the first bass I bought to do B2B, too. The big difference is that I knew within a couple of weeks that its ergos were definitely not for me, and I returned it to Sweetwater for a full refund.

Some players swear by them, others swear at them. It seems like you like yours enough to keep it and be good with that. Good luck.

Well, can’t argue with that logic.

As someone that frequently sells gear they are not using, I thought I would offer my opinions - obviously this is all subjective and YMMV.

I wouldn’t worry about this at all, since later you said you love the tone. Would it have factored in to your initial buying decision if you knew they were single coils? All that really matters is the sound.

This alone would be reason enough for me to sell. Again, YMMV.

This sucks but honestly when looking at the entry level models, even the best brands can have issues. Yamaha is well known for being high quality, and a few people here have had parts issues even with them, for example.

That’s really strange. What kind of finish are we talking about here?

I find this odd, especially since you like Ska. How has this affected your playing?

It’s also quite possible swapping the bridge would fix this.

This one is interesting to me. I think that this may actually be beneficial in the long run - playing on a variety of instruments might be good training long term. I guess it just depends on how much it bugs you.

Based on your list, I would absolutely sell, but YMMV.

For me this is reason enough in itself to justify keeping it.

These days my Aerodyne Jazz bass gets most of my playing time, but it has never occurred to me to get rid of my Junior Jet.

And yes, installing a high mass bridge will improve sustain.

I would keep it just because it is in good working order now, and its not as if you are going to be able to recoupe a large sum of money to put towards new instrument or new equipment.

How much would you honestly get for it?
Is it really worth it?
There are mint used ones on reverb for $225.
Since yours is not, I would imagine you would end up with $150 best case?
If you can buy an amp with the funds, then get rid of it.

being soured by the whole humbucker-gate thing

Except the fact that the product page on the website was lying about the specs, I don’t really see this as a problem. A humbucker is not “better” than a single coil, and some single coils sound very good (actually, a lot of them).

About fake humbucker, I’m pretty happy with mine 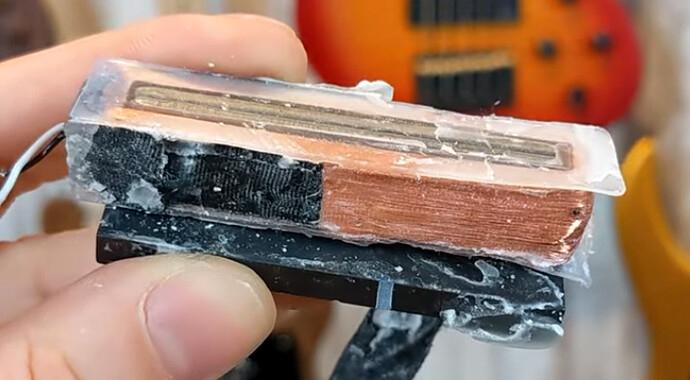 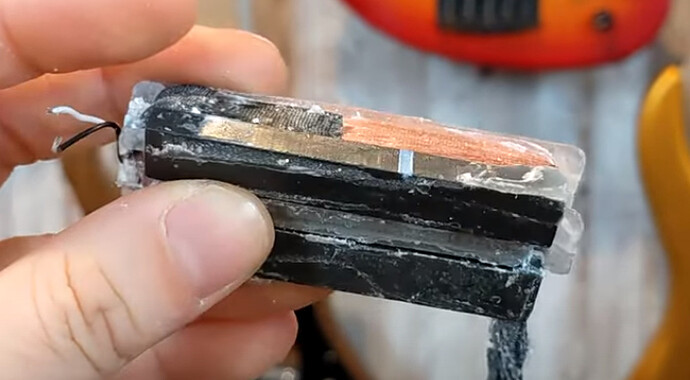 by the way, Lobster is wrong when it says the two grey plates are ceramic magnets. those are just iron plates that transmit the magnetisms from the two bottom black ceramic bars, to the front of the pickup. 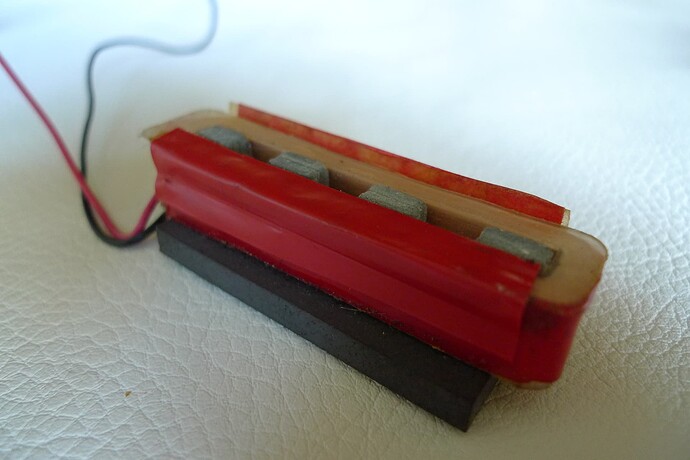 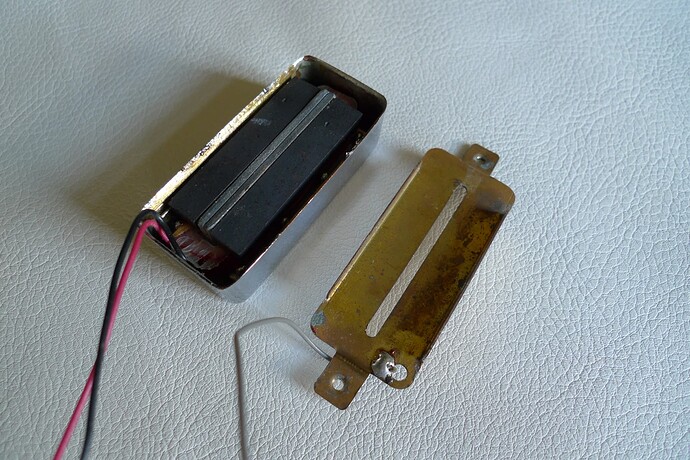 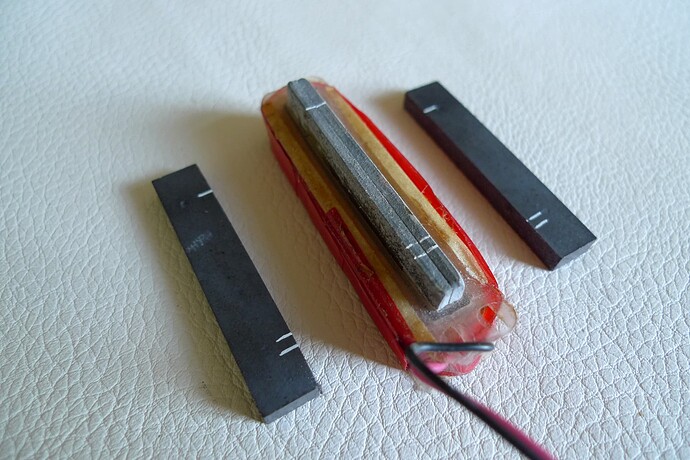 I just want to say, this is what I think I see with your new your profile pic @terb 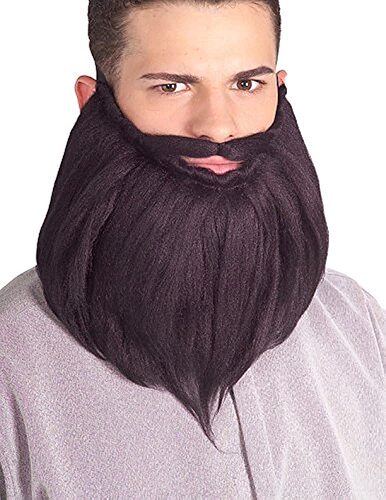 this can’t be unseen, so I just changed it again !

All that really matters is the sound.

Definitely this. Humbuckergate is sort of a non-issue in terms of the instrument itself. (I acknowledge the potential counter-arguments to this line of reasoning; in fact, maybe I disagree with myself!

) It sort of sucks, and yeah, probably a lot less of them would’ve been sold had it stated that they are singles. On the other hand, they are what they are, and they sound pretty good!

I don’t know how to add another quote, but secondly, I’d say yes, that many paragraphs about the 2220 might indicate that you like it. You see its shortcomings or limitations, but you also value it in some sense — a lot of which is probably emotional since you bought it at/near the beginning of your bass journey.

If you have money for whatever else you might want, I’d say keep and add. (I’m receiving a Squier CV Jag bass this weekend and am definitely keeping my beloved 2220, as well.) Flip side of that, though, is that the Gretsch may be harboring bad qi and should be released into the wild.

I’m all over the place, aren’t I? So, here’s my final thought: If you sell, sell it on something like FB Marketplace for cheap, in person, hopefully to someone just getting started. Or, here on BB — again cheaply, almost like a “sacrifice” or donation. (It’s an act of blessing to release it, and an act of trust that the “right” thing will be provided.)

Actually, you may need to sell it in order to pay the exorbitant fee you owe me for that on-demand psychological and spiritual counseling session. The bill is already in the mail.

Sorry @terb, I didnt mean to cause a ruckus, it’s just my eyes playing tricks on me.

Is it your only short scale?

depends on how you define ‘short.’ I have a ibanez gaxb 150 32 scale with a wide neck that feels like a slightly smaller bass vs the 30 scale junior jet which feels like an oversized guitar.

ahh, the hell with this, might as well work on cover with it now. …