I don’t know what to say 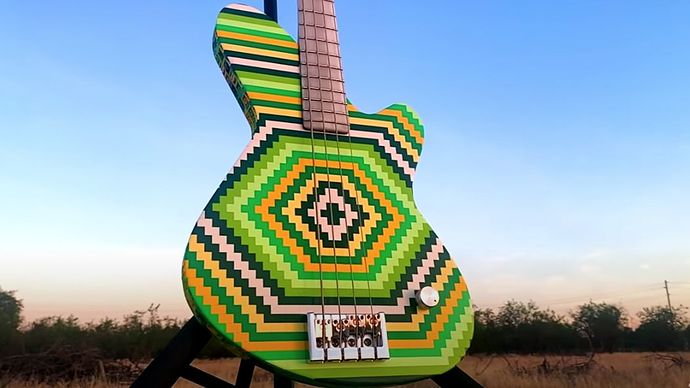 YouTuber Burls Art is at it again with another stunning build

Very cool.
I would play that.

Sweet, is this the same guy that made the basses out of pouring epoxy resin onto other stuff like crayons and coffee beans? Very cool.

Sweet, is this the same guy that made the basses out of pouring epoxy resin onto other stuff like crayons and coffee beans? Very cool.

His Skateboard one turned out COOL AF!!!

I can’t stop watching this guys videos now that I started with that one.

His YT channel is not full of a million videos, maybe 20, and he doesn’t make long drawn out videos, showing every part of it in real time. He speeds thru it with lots of good visual clips to see what he is actually doing, and goes to real time to explain things that are not just standard common practice, and tells the viewer what he is thinking, then back to some fast forward video to the end, then he weighs it and plays it for a few minutes, and done.

There are lots of really cool build videos, but, since I am not a luthier or woodworker, I don’t need to see a 30 minute video with every build detail, sometimes 2 or 3 or 4 videos in the series, all over 20 min. Don’t get me wrong, lots of people with lots of talent to document, but many of those videos, as awesome as they are, are just too long to watch. “Of course this compromises the tone but I built this guitars as an artistic piece, more than I do for the tone of the instrument,” he explains. I’m not gonna say this thing sounds great but it does make noise when it’s plugged into an amp."