Why i hate/ don't get music theory

please help. I don’t understand how the circled part can be true. If I start on a G, a half step brings me to G#, which is a minor second, right? A major 2nd is 2 half steps, so A, right? But if all intervals can be diminished by subtracting a half step, then G# down a half step should be a dim. min 2nd, but g-g is a unison!

and before someone says a dim. min. 2nd is the same as a unison…How TF can the same unit of measurement be TWO things in the same naming convention? 1+1 =2. 2-1 =1. it sounds the same so why overcomplicate it like this??? the distance is the distance.

It is enharmonically equivalent to a perfect unison.

then why give it a different name? are there any instances when they are not the same? if not, why represent it like a circle like this? 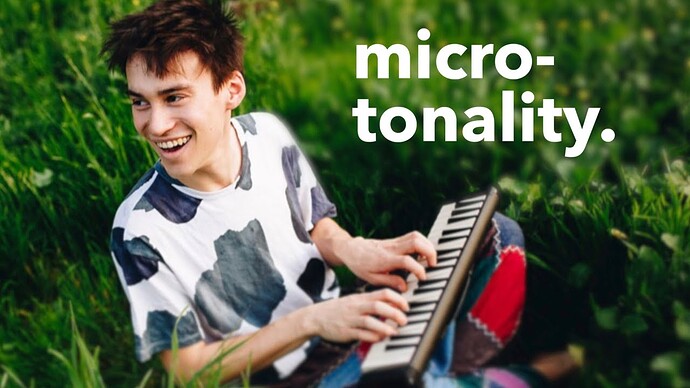 I can totally relate to your frustration, but we need all these interval names in order to maintain an internally consistent system.

Second, the way we have to name intervals is ALL dependent on context.

Well, you could say E# is enharmonically equivalent to F, so why not say C# - F - G#. But, in this context, enharmonic equivalence is not relevant at all (it is really just a practically useful convention). Seeing C# - F - G#, you would probably no longer immediately “see” that it is supposed to be a major triad over C#. Also, the interval C# - F is NOT a major third, it is a… diminished fourth (which is not part of the “algorithm” to construct a major triad). Let’s come back to why this is a diminished fourth in a second.

While C - E# and C - F sound the same, they are not the same when talking about intervals and relationships between notes. Yes, if you go and find the E# on a keyboard or your bass, you will find it where the F is, but that is just because we have agreed (a while ago) to have E# and F sound the same. They could (and used to) have different frequencies, and on a fretless bass you could intonate/play them slightly different, but that is no longer possible on a keyboard or fretted instrument (and thank goodness for that, otherwise we would have to re-tune the entire piano every time you switch from a piece in C#major to a piece in dminor and so on).

So, it depends on context, and this is why we have different interval names for note differences that sound the same.

Let’s look at all the possible intervals (and let’s just focus on ascending intervals):

C - C that is unison, or, better, called a prime
C - C# is still a prime because it still describes the relation between the base notes of C and C, but one of the Cs has been sharpened, and hence this is now an augmented prime.
C - Db OK, you’d say this is the same as C - C# (because Db and C# are enharmonically equivalent), but as to my argument above this is not relevant here. So, we are looking at a relation between the base notes of C to D, where the D has been flattened. C to D would be some flavor of a second, so this must be a minor second
C - D is a major second
C - D# is an augmented second
C - Eb is a minor third (see how this works??!!)
C - E is a major third
C - E# is an augmented third
C - Fb is a diminished fourth

What about more esoteric stuff like C - Ebb (E double flat) - this is, first of all, describing the relation between C and E, so a third of some kind; it can’t be a minor third (that would be C - Eb), so it must be a diminished third, which just happens to sound like a major second (C-D)

Again, the context will dictate that you need to write Ebb and cannot write D. You would in fact lose (musical) information if you wrote a D here.

To try a language analogy, the words “might” and “mite” sound the same, but they are certainly not the same.
Or, if you had to read “he is a kewl guy”, you’d be thrown off initially in your attempt to decode the word “kewl” and what it might mean. If you asked Siri to pronounce this to you, given her pronunciation algorithms, you’d probably hear “he is a cool guy” and not think more about it. That is the equivalent to the C# - E# - G# and C# - F - G# discussion above.

Sorry for the long post - hope this clarifies a few things!?!

PS: sorry forgot to answer your initial questions: G - G# is NOT a second, it is an augmented prime.

G - Abb is a diminished second, which indeed sounds like G - G; again, there might be reasons (depending on context) why you’d have to write a Abb instead of a second G. I would say that is likely a rare occasion, but it might occur, which is why the system has provided a name for it

You would in fact lose (musical) information if you wrote a D here.

Is the ‘lost musical information’, in this context, referring to where the bass line sits within a larger piece of music?

As in, without this information, you don’t know what everyone else is playing.

Is the ‘lost musical information’, in this context, referring to where the bass line sits within a larger piece of music?

Let me try with another example. Say a certain song needs to be in the key of C# (presumably because that best fits the singer’s voice and the range the tune demands). Somebody made an arrangement and you are supposed to play it (with a band). Now, if you are looking at the chart and trying to analyze what is going on in the arrangement, you might encounter strange stuff like an E# (the major third) or B# (the major seventh); and perhaps even G## (as part of an augmented triad, if they wanted to have an augmented chord in there…)

My point is that while it probably would be easier to write (and read) F instead of E#, C instead of B# and A instead of G##, you would no longer be able to analyze them as being the major third, major seventh or augmented fifth anymore and thus this “information” would be lost on you. That is in essence, because there is no F, C, or A in C# major.

Knowing all this might be important to understand their function in the tune (e.g., B# being the lead tone leading back to the tonic, and sh*t like that

) and thus inform your playing, especially when you are supposed to change or adorn the bass line or start to improvise over the chords.

Does that make any sense??

How TF can the same unit of measurement be TWO things in the same naming convention? 1+1 =2. 2-1 =1. it sounds the same so why overcomplicate it like this??? the distance is the distance.

The biggest hurdle for many with music theory is leaning into the fact that context is everything, and everything is relative. Things that are objectively the same at face value are conceptually different things when you switch contexts.

Similarly, the “quality” of an interval (diminished, minor, major, augmented) simply indicates how we should think about the number of semitones (half steps) there are between the two notes. The two notes of the interval tell us what is the correct “quality” label.

i get enharmonic notes…i don’t get enharmonic intervals. The problem is the book I ask using is not at all clear on these things. The picture of the circle thing i posted is a prime example. it has no context.

Also I have heard people calling a single half step a “flat 2” or “diminished 2” instead of a minor 2nd… how can the exact same distance be 3 things? How do I know what to call it?

And then my confusion is more compounded when we get to talking about perfect fourth and perfect 5ths because Modifications to those are only ever referred to as diminished and augmented and not as major or minor, which I do not understand.

What makes sense to my brain is a straight numbering system of intervals with modifications noted either as A-sharp or a flat. my brain “gets” a double flat 3rd.

Modifications to those are only ever referred to as diminished and augmented and not as major or minor, which I do not understand.

Without going too deep (as @micklerd also advised against), this is just how it is agreed upon:

Primes, fourths, fifths and octaves are perfect intervals. If you subtract a half step or add a half step, they become diminished or augmented, respectively.

Intervals should be called the following (and nothing else):
Primes - seconds - thirds - fourths - fifths - sixths - sevenths - octaves - (ninths - tenths and so on)

When people mention a “flat 2”, they typically don’t refer to an interval, but a scale degree, i.e., the second note of the scale is flattened. For example, the mixolydian scale has a flat 7, meaning the seventh scale degree (note) is flattened; or the lydian scale has a sharp 4. Of course, these terms are related to the start note of the scale, and as such, they are again, saying something about the interval (distance); still, saying “play the #4” refers to a single note (it’s your job to know what the tonal center is the #4 refers to), not an interval, whereas “try to play the major sixth here” refers to a distance (i.e., an interval).

Yeah, it’s tricky, and it often doesn’t get better when people use terms inappropriately or sloppily… 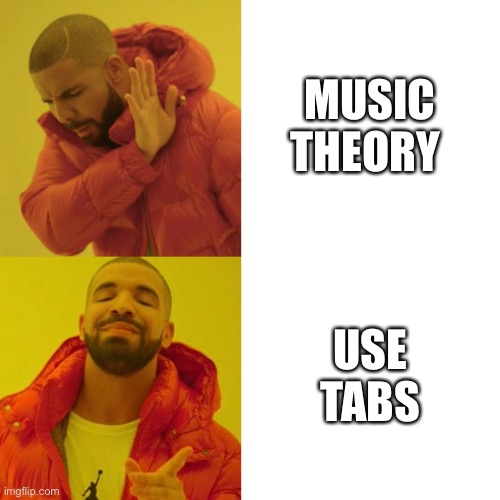 My suggestion for music theory: just accept that things are and don’t ask why. Times I’ve needed to worry about what dim/aug intervals are is near zero. It’s useful to know that an augmented triad is a major 3rd + major 3rd and a diminished triad is a minor 3rd + minor 3rd. Generally I call things by their b/# scale degrees eg instead of calling it a half diminished 7th chord, I prefer to call it a m7b5

But aren’t the scale degrees themselves intervals from the tonic/root note?

THanks everyone. Lot to digest

Without overcomplicating, what it feels like you are getting blocked on here is that you are latching on to the idea that the intervals should have uniquely identifying names. This is actually not the case.

Think of them as synonyms. Different situations may cause you to use one over the other to be more correct.

Think of them as synonyms. Different situations may cause you to use one over the other to be more correct.

and you’ll find that musicians of different genres and players of different instruments will have their own preferences for naming things.

This is how people get stuck on learning and don’t progress or progress slowly… When I was learning Spanish people would ask things like “why is the word for dress masculine?”

But aren’t the scale degrees themselves intervals from the tonic/root note?

Yes, they are distances (and thus, yes, intervals), but they are not called that - I can totally see how confusing or, at least, frustrating this can be. Remember, they only tell you the distance to the root note, though.

In the end, it’s about communicating clearly, and there might be cultural differences or preferences (e.g., between North America and Europe) in how to do that best as well.

When I was learning Spanish people would ask things like “why is the word for dress masculine?”

Ha, I like your thinking! It’s a perfectly valid question, but in most cases unanswerable.

Imagine coming from another language with gendered nouns (German) and being puzzled by why the Moon is masculine in German and feminine in French/Italian, and the other way round for the Sun