Audacity is now spyware - or maybe not

Just stumbled across this on YouTube. It appears Audacity was purchased and the latest versions include “telemetry” that uploads certain user detail. In other words, it’s now spyware! Here’s the link with details and some suggested alternatives. 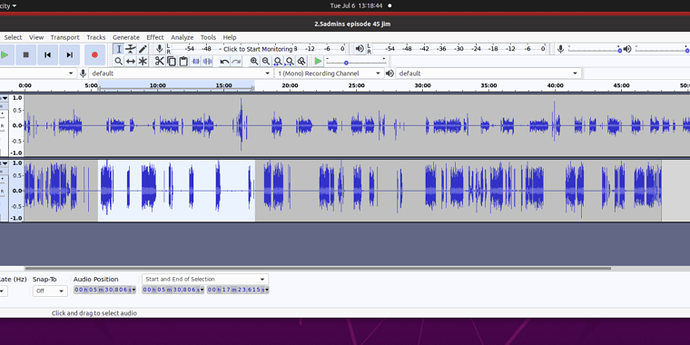 No, open source Audacity audio editor is not “spyware”

The community's telemetry concerns were received and addressed two months ago.

I haven’t used Audacity in well over a year, maybe close to two years (I switched to Reaper). If the story is true, it sucks big time. If it’s not true as @Mike_NL posted, I’m not surprised.

Anything on the internet needs skepticism

If telemetry is spyware then the GuitarCenter site is also off limits (maybe not a bad thing?

). While I don’t like it many websites use telemetry for monetary purposes. Most software (i.e. apps) uses it too, it’s just buried in the permissions or TOS that no one ever reads.

Audacity is a good sound editor but it’s pretty far from central for music production, at least for me. It’s not a DAW.

They position themselves as a DAW, and I always thought of it as a DAW (albeit very limited) when I was using it prior to switching to Reaper.

If they do, they are easily the worst DAW, so bad that they shouldn’t even try. No MIDI support → no virtual instruments → LOL.

No overlaying of parts stems - it’s all destructive editing.

All I saw on their site was them referring to themselves as an audio editor, though. Which it is good at. Maybe they have fans that try to position it as a DAW?

Anything on the internet needs skepticism

What do you mean?!
If it’s on the internet it must be true

Yeah, Audacity is pretty bad, although I didn’t realize that when I was using it because I was just starting out in recording myself, so basically “I didn’t know what I didn’t know”. It was when I started using Reaper instead that I realized what a dreadful excuse for a DAW (or whatever they call themself) Audacity is. I’m certainly glad I managed to break away from it.

Audacity is in no way bad. It’s a fine audio editor.

It just isn’t a DAW

People do try and use it as a DAW. It’s not really made for that.

It just isn’t a DAW

Unfortunately, I was lead down that road by posts on this very forum. That’s how I found out about Audacity and that’s partly why I chose it as my pseudo DAW. Yeah, I guess it’s fine as a audio editor if that’s all you want, but I wanted more and expected more out of it.

Audacity just gets your stems in there and lets you arrange them which it’s ideal for. It doesn’t replace DAWs entirely though. Doesn’t mean you can’t get away with making some music with it even if it is stripped down to it’s bones.

If you know what you’re doing you can fart in a cup and receive a grammy because restrictions will only be suggestions to you at that point.

Yeah it’s way better than no tool at all.

it is even a good tool for the beginners, it’s enough to start with recording and mixing without having a complex and overhelming interface to deal with. I like Audacity for what it is.

Yeah agreed, for doing basic covers over backing tracks it is actually fine for getting started.

Yeah agreed, for doing basic covers over backing tracks it is actually fine for getting started.

In that case, why is it not considered to be a DAW? What differentiates a DAW from an Audio Editor such as Audacity? I’ve always thought of Audacity as a DAW with limited capabilities, but you say otherwise.
Thanks in advance for clarifying this.

technically it is a DAW, a very limited DAW only useful for a fraction of music production.

Which is why I say it isn’t really a DAW. It’s a fine multitrack recorder and audio editor.

Unlike a DAW, it operates destructively on the audio track files in place (the opposite of most DAWs, which maintain pristine stem files that are viewed in tracks with changes applied to them logically.)

So basically it’s a multitrack recorder and audio file editor, while most DAWs are nonlinear editors that apply changes live in real time to the source files they manage to produce the mixed output.

More critically, its support for plugins is limited, and the vast, vast majority of music production work in DAWs is done through plugins.

But especially, and most critically, it has no MIDI support, so there are no virtual instruments, which is a complete deal killer for music production.

This article explains it pretty well. 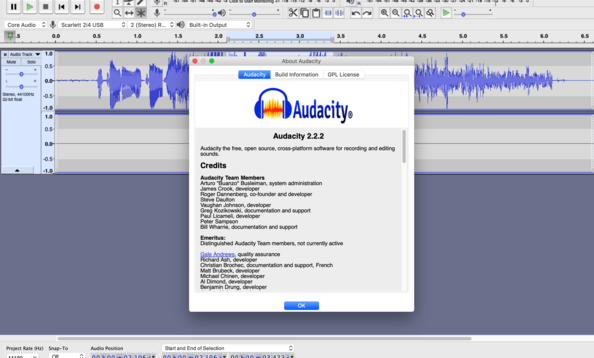 Is Audacity a DAW? – Can Audacity Be Used For Music Production? | Musician's HQ

When you start out wanting to make music at home and you look at lists of essential equipment, one item that is now marked under…

As a tangible example, I could not have done any of my full covers in Audacity. Not even close.

Thanks for that @Howard… that’s pretty much my opinion as well.

This line in the article sums it up well, and was definitely the case for me.

Many of the basics of audio production can be learned within it and it can be a good stepping stone for those just starting out.

Thanks for this! I feel much better. Sorry for the false alarm. I was concerned as one of those who has recommended Audacity in these forums .