Bass being played by non-bass player in band

I was reading that David Gilmour actually played bass on a massive amount of Pink Floyd music while in studio recording and wondered, is this a common thing for a guitar player to do? Are they trying to show the bass player what they would like them to do or sound. I think I read that Gilmour payed the opening bass line on “Comfortably Numb” and that it was recorded using a Charvel bass guitar…not sure if this is true but would not surprise me.

not sure if this is true but would not surprise me.

It would not surprise me either, given how much David and Roger fought all the time over how things should be played.

That was my thinking exactly

I’ve heard stories that toward the end, David and Roger couldn’t even be in the studio at the same time. That’s how bad it had become.

Yeah, and that was a shame. The world may have been really deprived of some awesome music (although Gilmour fronted PF still delivered some of my favorite albums)

The real shame of it is that Roger Waters was a minimalistic bass player at best, while David Gilmour was an incredibly exceptional guitar player. Roger was the best composer of the lot, but if he would have just shut his pie hole and listened to David, Pink Floyd would have survived a lot longer.

I think a lot of guitar players play some bass to do demos. I saw a stream from Miyako of Lovebites where she talked about her new bass for demos.

During the Wall tour they each had a trailer to rest in, and the doors were pointed different directions so they didn’t have to look at each other. The tour lost a ton of money, but Wright came out okay. He wasn’t in the band anymore, but they paid him a salary to play keyboards for the tour, and he alone made money,

I saw one of the shows on the Wall tour, and like the Police, clashing egos on stage made for a passionate and fantastic stage show. 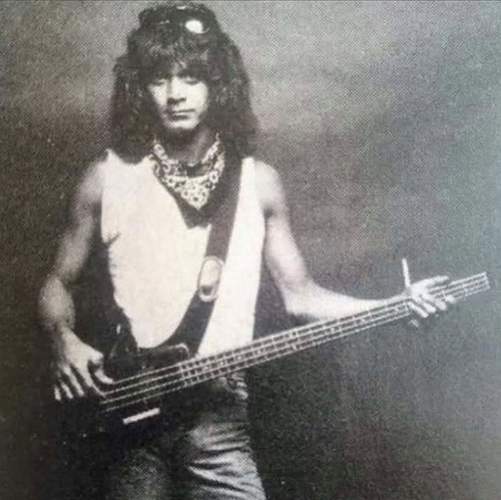 That almost looks like Eddie Van Halen. but I’m only guessing.

Jimmy Page with the Yardbirds 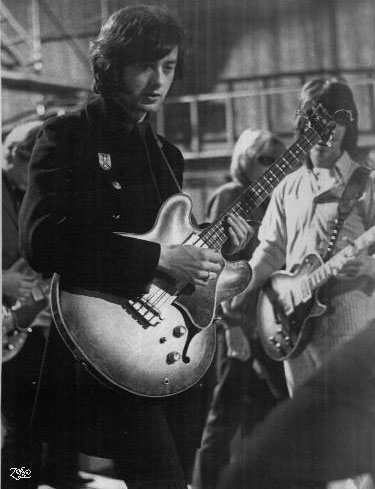 That almost looks like Eddie Van Halen. but I’m only guessing.

That’s Eddie. Cigarrete in the strings is a tell

Yes, that’s EVH.
Here is another one I found with him on bass. 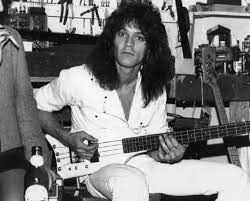 When EVH and Mark Anthony( Van Halens bass player)were falling out Eddie was alleged to have said that he taught Mark everything he knew !

That sounds like something Eddie would say. He had a hard time getting on with other musicians. Look what happened with him and David Lee Roth for example.

I think a lot of guitar players play some bass to do demos. I saw a stream from Miyako of Lovebites where she talked about her new bass for demos.

Carol Kaye and Larry Graham both started off playing guitar.