Bass Goes to the Movies

I thought movies/films/documentaries would be a cool topic to chat about. (If this has been discussed already feel free to combine the post or delete I searched and nothing came up)

So feel free to link movies or post titles and give recommendations.

For me, I would highly recommend the documentary “Standing in the Shadows of Motown” Which is about the “Funk Brothers” who recorded on Motown records from the late 50s to the early 70s and James Jamerson along with other phenomenal musicians were part of. The idea for the film was to cast a light on these amazing hitmakers that the general public has no idea who they were and to give them the credit for so many hits rather than just the singers of these songs.

Next up “Rising Low” which answered the questions what happens when 25 diverse bass players come together to record with Gov’t Mule, the bassists that appear in this are too many to list. It’s in two parts on YouTube, here is the first part: That’s a good start I will post more later when there is a lull at work!

Scott Pilgrim vs The World! Main character plays a Rick. Even has the Vegan Bassist Boss Battle. Rofl this is so weird.

I know! The movie is great and the cast is amazing. It’s not satisfied with just being from a comic itself, it basically raided other future comic book movie stars for the cast - that scene had Captain Marvel and Superman in it, and Captain America plays another character

Story is great. Brie Larson sings in the movie, really well actually. And Ellen Wong steals every scene she is in. Really the only weak point is Michael Cera in the lead.

While not strictly bass Hired Guns is a great rockumentary on some of the great session musicians out there who aren’t known to the masses. It does feature Rudy Sarzo, so you do at least have on bassist. What a cool idea.

I always found watching Donald “Duck” Dunn on the Blues Brothers a lot of fun. 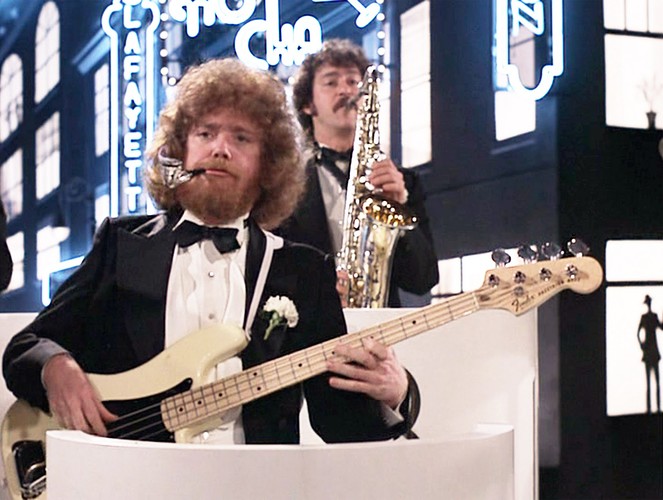 “The Wrecking Crew” (2008) is a documentary on the famous group of LA studio musicians with considerable time spent on groundbreaking bassist Carol Kaye.

It can be found on YouTube and probably on other streaming services.

Especially when he is playing “Time is tight” by Booker T and the MGs!

Love the Wrecking Crew’s song No Matter What Shape Your Stomach’s In, a great instrumental with a fabulous bass line. But they changed their name to the T-bones for this song for some reason.

Well, according to Carol Kaye herself: the studio musicians she worked with never called themselves the “Wrecking Crew,” and there was no such name back then, it was just a name cooked up much later by Hal Blaine, the drummer who wrote a book ca. 1990 in which he used the “Wrecking Crew” term. Then the film used it, and it took off.

I believe that she feels she was interviewed for the film under false pretenses, and for sure she has bad things to say about the film and those involved with it. It just irks her that this name “Wrecking Crew” got started, when the musicians never used it, and were never known by it. And now it is out there and referred to often, as if it really was a thing.

Since there really was no Wrecking Crew, it would seem there was no Wrecking Crew to “change” to the T-Bones. It’s just that the term Wrecking Crew is used as shorthand for “studio musicians,” who played on recordings unidentified, and in the case of “No Matter What Shape” etc., LIberty Records had to put a name for a group on the record, so came up with T-Bones.

It seems to be rather a convoluted story. Wikipedia has details, but who knows how accurate that Wikipedia article is. It states that there apparently was a U.S. group called the T-Bones, and when they had a hit in 1966 with “No Matter What Shape (Your Stomach’s In)” on Liberty Records, the company made hay by using studio musicians to record a full album with the same name as the song. (see the next link: Liberty also apparently got a group together who would go on tour; the studio musicians had no desire to tour. Liberty called that touring group the T-Bones; the members of that group had not recorded the hit song).

BUT - the Wikipedia article references a Songfacts page, which instead states that studio musicians, including Carol Kaye (she lists it as one of her electric bass hits), actually did the recording of the instrumental hit song (the so-called T-Bones on the 45 rpm record label), and also references a .pdf which shows the other studio musicians who worked on the other songs on the resulting album of the same name.

Wow, great history Never2Late! The musicians who lived through this would know a lot more than me. And none of us really know how accurate a Wikipedia article is. But whoever is on bass, it sounds really good to me.

Scott Pilgrim vs The World!

That movie is so well made.

Soooooo…is this topic only about bass players appearing in movies, or can we talk generally about the nature of music in movies? Happy to start a separate thread if needed, 'cause I got thoughts and feelings on this topic.

What spurred this is the trailer to Everything Everywhere All at Once. I thought “Ooo, Michelle Yeoh” but then right in the middle of the trailer, you hear David Bowie singing Time which just clinched it. How could I not want to see this? But if we’re sticking strictly to bass in movies, then I’ll just leave this here:

The shark is the bass; the bass is the shark.

Everything Everywhere All at Once

Yessss. She was in a movie that not enough people saw; Sunshine directed by Danny Boyle and with a fantastic soundtrack from John Murphy and Underworld.

Underworld is one of my favorite bands. 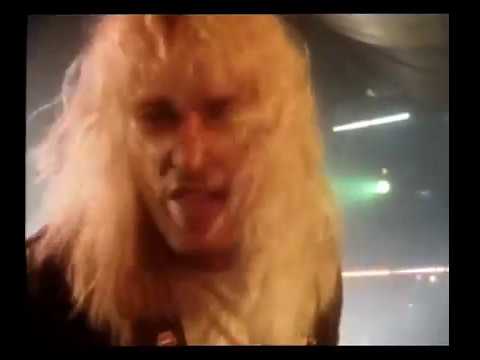 @kristine It really does!