Is there a difference between a “bass player” and a “bassist,” or are they completly interchangeable? For some reason I tend to refer to someone playing an upright bass as a bassist, but someone playing a bass guitar as a bass player… is that just me?

Bored at work and curious to see how people feel about this.

umm I think it’s you

It’s the same thing as far as I know. I’ve never heard any differently, or even thought about it… until now.

So, James Galway is a flautist and Ian Anderson is a flute player?

That is my thinking too.

Sounds like and means are two different things, I think they are the same.

Or we can take it in another direction, and disregard what I just said

Maybe a Bassist is someone who makes a living playing the bass, or plays professionally (paid gigs) even if just part time.

And us enthusiasts and hobbyists are Bass Players.

There are many arguments for both sides I am sure.

I think as far as the definition of those words go they are interchangeable.

As far as connotation goes I agree with the general direction the conversation is going: bassist sounds a bit more professional/formal than bass player.
I still doubt a bassist in an orchestra would mind being called a/the bass player.

Calling a bassist a guitarist… now that may rustle some jimmies

I reckon they are one in the same. 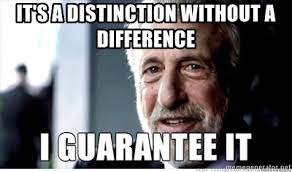 I think most people use bassist when referring to a band member. I’ve never heard someone say something like “Steve Harris is Iron Maiden’s bass player”.
So bassist would describe a bass player’s function in a band.

Bass Player sounds more like an “official” job description to me … what you tell people when they ask you what you do (while you are bussing tables until the band makes it big, hehe).

To me, a bassist is what you are, and bass player is a description of what you do.

I can understand the use for “bass player” in english. In my mother tongue, however, it would sound very weird to call someone a “tocador (player/toucher - yeh -) de (of) baixo (bass)”.

It’s rather common to say “x toca baixo” (x plays the bass) or “eu toco baixo” (I play the bass) instead of “sou baixista” (I’m a bassist). When referring to a band’s bassist, it’s more common to call them “baixistas” (bassists)

Below is the definition of the suffix -ist from Merriam Webster

b : one that plays a (specified) musical instrument - harpist

c : one that operates a (specified) mechanical instrument or contrivance - automobilist

tl;dr, they are interchangeable IMO.

I hear “bass player” used all the time when talking about bands. To me they are interchangeable in conversation with “bass player” being more common.

Googling print examples gave me about a 3:4 split with “bassist” slightly more common.

I think that’s pretty close to an even split or close enough.

I can understand the use for “bass player” in english. In my mother tongue, however, it would sound very weird to call someone a “tocador (player/toucher - yeh -) de (of) baixo (bass)”.

That is fantastic! I’m not calling myself a bass player any more. I want to be known as a toucher of bass! I might go touch a bass for a few minutes right now. Haha.

I might go touch a bass for a few minutes right now. Haha.

I just finished touching mine so my fingers can rest.

May I touch your bass?

May I touch your bass?

Along similar lines, I consider myself a Bass Player. As in, I am capable of picking up the instrument and playing it, I can learn songs and I can play them.
I would consider a Bassist to be a musician, someone who actually knows what they’re doing, knowing some (or a lot of) theory, why things work musically, in general, a badass on the bass.
I’m more of a musical parrot. I hear, I learn, I play.
Working on becoming a Bassist…

I consider myself a Bass Player. As in, I am capable of picking up the instrument and playing it

Much like I own as set of golf clubs and can go out onto the course and knock the wee ball around, and attempt to get the wee ball into the wee hole, but, a golfer I am not.