Cabs for home practice - your thoughts

I know a lot of people have gone the PC / DAW and Monitors route, but I really prefer playing through a proper amp and speaker, even for home practice and am soliciting opinions from those that use an amp for practice.

I’m going to ‘upgrade’ my Rumble 40 to a separate head and cab setup. This will be primarily for home use but will also be used occasionally for jamming with a drummer and two guitars.

What are your thoughts and preferences for a Cab format that can work at low volumes at home and hold it’s own with a drummer?

Genres of primary interest to me would be Rock, Prog and Metal. 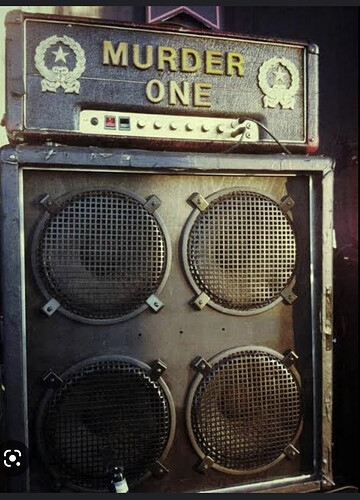 Thanks @Mac, I’ll budget for a Rik too then.

If you could give us the amp, or at least its power output, it would facilitate the choice for a cab

The head is already taken care of

how much power does this beast hold?

But it’ll get nowhere near that potential in a home setting.

I’m currently waiting for my cab, one I’ll never play at full power at home

For your music genres, I’d go with one of the following: 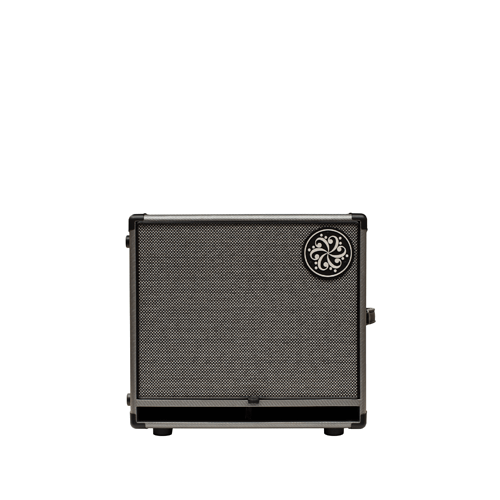 You can get a DG one in 2x10, but Orange don’t seem to do that config.
An alternative could be an Ampeg from their SVT product range, but they seem to be substantially heavier.

You will not be able to get the full power out of the cabs (400-500W under 8 Ohm), but they will certainly be loud enough to handle a drummer

I thought about this for a while also, and I ended up with a solution, which I think gives me the greatest flexibility:

The idea was that I could have one cab standing in a rehearsal room, and one cab at home and only ever carry the amp with me (not very heavy). The cabs itself are also not very heavy, but they fill some space, of course

If I ever start playing publicly, the idea then is to take either one cab (for smaller venues), two cabs (for larger venues) or just the amp (when there is a PA), and even when there is a PA, I could take one cab with me as a monitor solution.

As for 112 vs 210: I am not sure I’d notice a (big) difference, but there are some people in here much more knowledgable about such stuff!

These two are at the top of my shortlist, with the DG slightly ahead due to being front ported. Hartke HyDrive are also in the mix.

And no, it’s not a Harley Benton amp.

If I ever start playing publicly, the idea then is to take either one cab (for smaller venues), two cabs (for larger venues)

This is also on my mind, the potential to add a second speaker in the future if I do ever decide I want to play Bass for Alice Cooper.

I didn’t go into the subject of what would sound better, but I would agree with @joergkutter on having a flexible approach by upgrading to two 112 cabs (could still be done later on).

(could still be done later on)

Yep, that’s definitely the beauty of it - get one now, and another one later. I needed two right away as one was going into the rehearsal room and I still wanted to hear myself at home

If that is not required, start with one 112 for now (@HowlinDawg ) At 350W that should be plenty to entertain the neighbors

Edit:
My current shortlist is as follows
Darkglass DG112N
Orange OBC112 (Has a reputation for poor bracing and is rear ported)
Hartke HyDrive 1x12 or 2x10

I didn’t really raise that question of “what sounds better” because it’s just so personal and subjective and involves a lot more than just the speaker size, although opinions are always welcome on the subject.

I was more interested in peoples experiences with running a 12 vs a 10 in small space, low volume scenario.

I dunno what basses you use primarily, but Id go with 2x10 if portability isnt big issue.
10’'s give clear sound and represent the tone of your bass the best, depending on your amp sound ofc. And slap also sounds much better.

Additionally do you want a horn?

For bass the 1 x 12" would be better. If you ever plan on gigging or playing with others, you will end up getting both anyway

I’m a Genzler fanboi so I’d definitely recommend the ba10-2 I have three cabs then I got another Magellan to make another combo. I’m considering a similar idea of putting one in my bedroom. 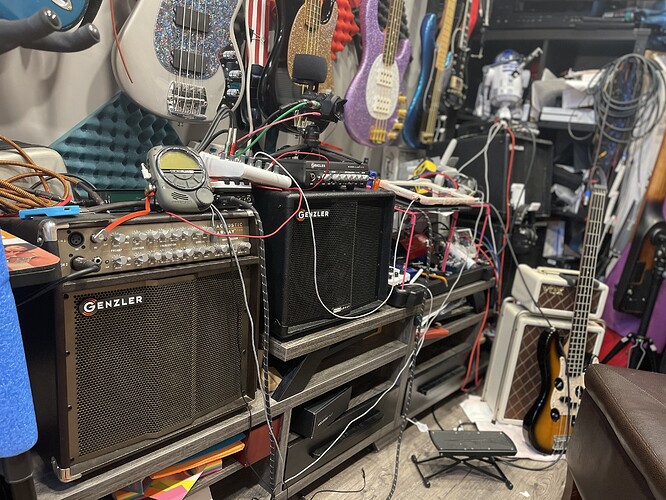 Best sounding amps and cabs imho are GKs. But they aint budget friendly.

GK as in Gallien Kreuger, or GK as in Glockenklang?
The Glockenklang Duo Art are the best I’ve heard to date, but they’re full fat pro gear and more than I really want to spend at the moment.

Additionally do you want a horn?

Apparently I tend to favor cabs with a HF driver. (I surprised myself with that)

GK as in Gallien Kreuger

This one, they are made so you never in your life have to buy another.

To be honest Hartke always looks the best, imo.
However I’ve read some cases of these HyDrive speakers blowing up.

You wanna spend money on something you will be able to use if it comes to gigging also.

P.S. Make sure you differentiate RMS and peak power.
If cab doesnt say it RMS, then it’s refering to peak power, which is power speaker is able to handle for a short period. RMS is what you are looking for. Also watt doesn’t equally represent how many decibels you are gonna have. For example there’s a few decibels difference between 300 and 500 watt.