Hey all, did someone here ever tried a P/P configuration bass ? you all know I like the P pickups but I also like two pickups in parallel (like a Jazz Bass with the two volumes open) so I’m asking myself about a dual P bass. like the old BC Rich Mockingbird for example, but Warwick and some other brands also used this pickup configuration, which is still not very common.

For reference, here is an old BC Rich Mockingbird Bass. the pickups were DiMarzio DP122, and that’s the exact reason why I chose this particular pickup model for Greenie : 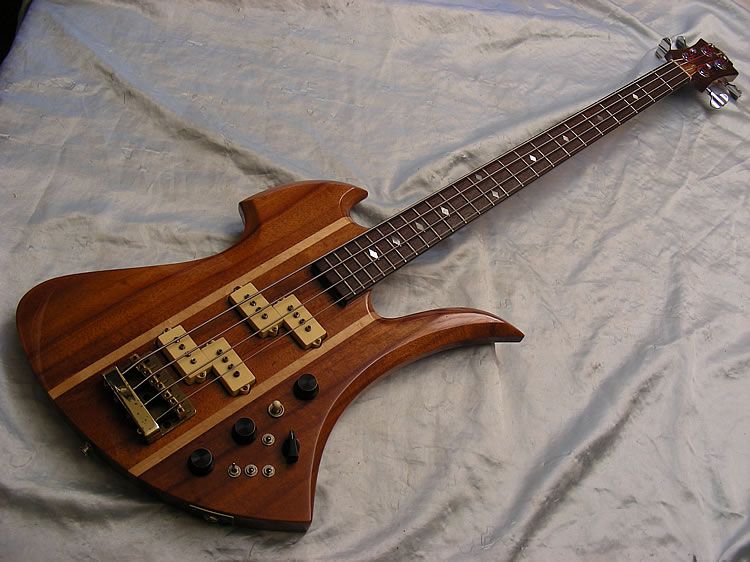 No experience with this, sorry… but this should just be the perfect configuration for you, as a die-hard P-fan

And, since there are probably not that many out there with this config, you need to built it yourself!!

did someone here ever tried a P/P configuration bass ?

I’ve owned a P-bass before, but never tried a P/P configuration.

yeah those old BC Rich are insane, but very expensive (at least for me). and I’m much more in the idea of building a body from A to Z for my existing '51 PB neck, so, everything is possible (in a “reasonnably simple” range because I’m not a master luthier). I think I know what I will do for the body (and that’s NOT a P shape ! which I don’t like so much from an aesthetic point of view , believe it or not) but the pickup configuration is a blank page.

I think I could like something a bit original but not complicated. a passive P/P configuration could be a good option … maybe …

yeah those old BC Rich are insane, but very expensive

It’s funny, but I actually played that exact bass - last summer, I was attempting to learn guitar concurrently with bass. I bought a used guitar from a guy on Craigslist, went into his basement to test it out, and he was selling a bunch of gear. I had noticed that bass in his other CL ads, it looked so pretty, so I asked if I could try it out. He was happy to let me try, and was even trying to push me to buy it as an investment, as I told him I was very new to this.

Admittedly, I was kind of underwhelmed - it looks so pretty in pics, but not as much in person. It was kind of heavy, and, had a lot of hum for some reason. I did love the late 70’s style of electronics on it though. I was quite new then, but didn’t feel like the sound was all that different from anything else I had played.

Anyway, 9 months later, and looks like he’s still trying to sell it (and who knows how long it was listed before that)! He has not even dropped the price. I remember I told him to try Reverb or something, but he only wanted to deal locally. I don’t think it is worth the price he is asking though, if it is still for sale, and he keeps bumping the CL ad still:

a little bit pricey, those things often sell for 2100 to 2500 which is still not cheap ! a Fender from the same years is way cheaper. (and often not at all the same quality, that’s in the “bad era” for Fender)

So, maybe there is a reason why the P/P config is not so popular!?! Maybe it is just not necessary!? A P-bass is a P-bass because it is as it is… and it is good as it is… no need to mess with that!!

don’t know really … a P/J configuration looks great, and it is until you start to play with a (really) high gain and you have to mess with the 50/60 Hz hum. the P pickup being a humbucker and the J being a true single coil with absolutly no protection against the 50/60 Hz hum, which is a very big problem in my particular case.

in a P/J configuration I would have more hum with the two volumes maxed than with only the P pickup, which is not what I want (otherwise I keep the P configuration, you know

I’m awaiting a Fender Blacktop with double p pups. She is somewhere between Russia and Scotland, she should have arrived today.
It’s very unique sounding bass, definitely worth trying out. I’v heard a few, first time was in a Jazz setting.

No experience with that here.
Just remember seeing the same strange photos that y’all have found here!

Yeah Warwick will do crazy awesome things like this in the custom shop: 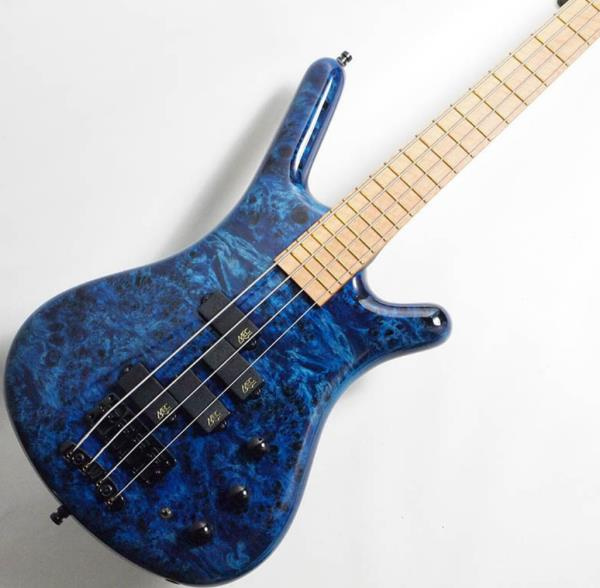 but not what @terb is looking for (all Warwicks have active electronics and that one also has active pickups). I suppose you could order it as a passive bass though.

Still, not the best option for what you’re looking for - it will still sound like a Warwick 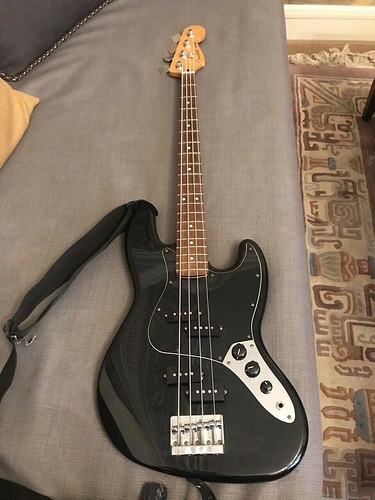 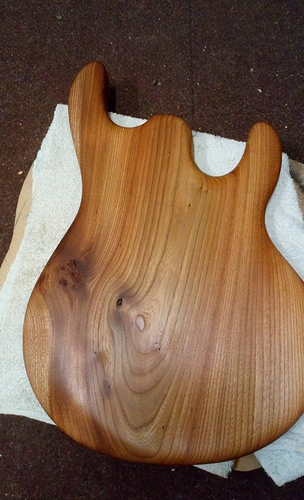 wow that’s impressive ! we have a topic for project basses if you want

@terb This is just a quick and dirty bass, I have just looked at what parts I have and that’s deciding the final bass. I had everything planned, bought the course with enough time for the books to arrive. Bought the bass all to get started on the 1st of April. That gives me three days to get this right

Or my Black Russian might arrive. A real game of Russian Roulette