So who doesn’t know, lemme bring you up to speed.
Few days ago I finally received MIM Fender Mustang Bass I ordered like half a year ago.
It’s basically most expensive bass I own now, paid for it around 920$, with delivery, taxes, and bass was even discounted for me. It’s not something I would call cheap bass, I expected much more.

First thing, aesthetically, bass has good finish, only thing that bothers me a little tiny bit is that you can really mess up your hand if you slide up hard on the nut.
And then comes the bane of everything.
Electronics…
I said: What? How can you mess up electronics on passive bass.

Well they done it.

I’ll probably sell it, and get myself some Sire bass.

RayRay is still best bass I own, @T_dub 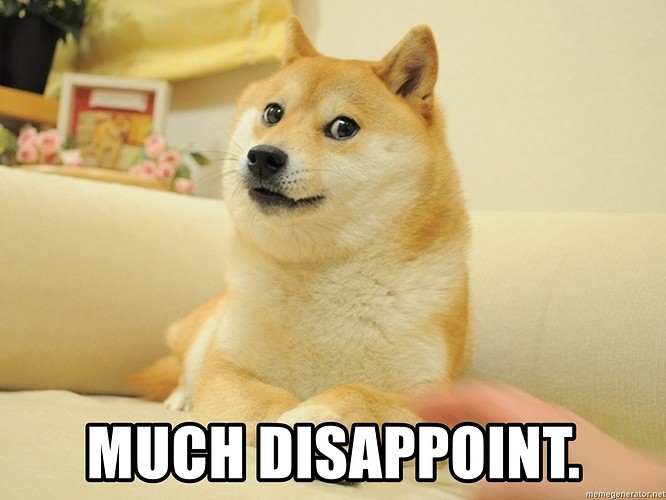 Ugh! That sucks. Sorry to hear this.

Some of these may be partially addressable via adjustments but nothing sucks quite like cheap spinny pots. Sounds like something is definitely going on with them resistance-wise as well, along with the wiring.

I’m not sure if I can, the guys I bought it from don’t really have that kind of policy like Thomann does. However I’ll try.

Wow, that is terrible!

There must be some kind of warranty, no!?

If not, it is a “learning experience” and you just have to accept some losses. But, all is not lost, I am sure several people in here can guide and help you in getting replacement electronics and perhaps even a new set of pick-ups. Is the bass otherwise OK (neck, fretboard, tuners, …)??

That really sucks. I just sent back an Ibanez I waited months for because the preamp didn’t work, so I know the feeling.

I contacted Fender and also the retailer I bought this from, so we will see how it goes.

I’m not sure I’d make such a sweeping statement as “fender is overrated/overpriced”. As far as I can tell, the vast majority of their customers are very happy with their purchase. To me, it sounds like you got a lemon, which can unfortunately happen for any manufacturer no matter how good they are at quality control. This is one of the reasons that warranties exist.

As to their price, the fact that the sell a lot of these and so many people are happy with them means that they have the price at least in the ball park. Are you paying a lot more for the Fender brand? Yes, yes you are. But that brand is worth what they charge for it in my opinion.

Anyway, I hope you get your issues with the bass sorted out. It clearly isn’t how it is intended to be.

Yeah I’m not very impressed with the quality control at Fender either, it seems to be a hit or miss every time. I bought a Duff McKagan PJ earlier this year and ended up returning it because the TBX pot was loose and damaged (I was able to tighten it, but it still did not function properly). Also I have the suspicion that the J pickup was not a Seymour Duncan, because it did not have the logo on it.

The replacement arrived this month, and even this one isn’t perfect, but luckily it’s just a minor cosmetic issue: the ball end of the A string has the gold finish (or whatever that color is), and the other three are black. Made me roll my eyes, but I’m going to change the strings after a couple of months anyway, so doesn’t matter.

(There’s also some buzz and finger noise (on both basses) when I touch the exposed poles of the pickups, but I’ve been told this is expected, so I’ll just try to avoid touching them.)

Honestly the only reason I went for a replacement instead of just a refund is that I am completely in love with the tone. Pretty much everything else I’ve experienced with Fender so far would have made me buy something else instead.

But that brand is worth what they charge for it in my opinion.

Interesting. Why? Simply because people will pay the premium for the brand, out of loyalty or brand affinity?

Worth it to such people does not necessarily equate to worth it in comparison to other products, at least feature and quality wise.

Well, yes no offence, but and many other people around the world believe that Fender is worth it, and Im fine with that, they wouldn’t become company of this size is that was untrue. I was expecting the same, but not anymore. And as you said it’s based on opinion.

So mine is now different than before, especially since this is first “real” Fender product I bought. I have a cheap knock off copy which had better QC.
I expect the higher in tiers you go for some product, of course you will pay more, but also you would expect better QC and better product all around. If I had ordered Squier and got this I’d be totally okay with that.
The irony is I got signed QC paper… I just hope this is not how all of them are.

And also Since I got SBMM and seen how they handle even cheapest from their product line, my expectation standards became higher.

If you had two identical basses, but one had Fender on the headstock and one had a blank headstock. I’m willing to bet most people would pay more for the one with Fender on the headstock. This demonstrates that their brand has value. This is for a wide range of reasons from trust to resell value to fulfilling a desire, etc. I actually have methods for determining the value of a brand, which I’m assuming Fender has done in their pricing department or with consultants, but who knows.

So you are using “worth” as in “they can extract that cash from loyal fans due to the brand name”, but not as a subjective (or objective, for that matter) measure of instrument quality. Yes, that I agree with.

Don’t worry. I’m not offended at all. Everyone is entitled to their opinion. I personally feel like Fender QC has declined over the years, depending on the region. My personal favorite bass right now is a Jazz Bass clone. However, I still have a Squier that is my backup/travel bass and owned a Fender American in the past. I’m not saying they are a company that doesn’t make mistakes or that they are not having more mistakes now than they had in the past. I’m just saying people shouldn’t be put off buying them on the whole.

Yes, that’s exactly it. I’m just saying that people are willing to pay more for the Fender name, because they “feel” that is is worth something to them. But to some, the Fender brand might be worthless or even have negative value.

Yeah that makes sense, thanks.

Before you throw the baby out with the bath water….have you done a proper setup or had one done? This may solve some or all of your volume/pickup/tone issues.

That said, at best many company’s lines are hit or miss which is why playing and feeling before buying is best (not always possible three days I know.

I just picked up a Fender Vintera series $949 and zero wrong with it. That said the guitar center lesson guy was using it so it was at least set up properly.

On my squire jazz (my first bass) the one and volume pots were horrible. I did swap them out.

On the frets, this is a hit or miss thing at times and sadly part of the game if your not picking by hand depending either on mfg OR a lifecycle of the bass through climate. Don’t dis the entire company due to one experience, especially with covid. Everyone is struggling with labor and materials etc. you can always exchange. Yes disappointing but it’s apart of the game at this stage.

See I think not always do to QC.
BUT QC problems don’t always kill a brand
It if did, Land River would have been gone a long time ago!

Squire- to me has more brand equity lately than fender. But this is my experience only. And I own two fenders and a squire. (At least right now)

Squire- to me has more brand equity lately than fender.

The funniest thing about this statement of brand affinity, though, is there is no brand called Squire.

(It’s Squier, look at the headstock - unless you got a knockoff

Weird man, all my Fender stuff is top notch. I love my Fender stuff and I think they aren’t overrated or overpriced at all (well maybe the custom line but I would never buy a custom from any brand).

Besides instruments they usually offer good quality for a low price imo (f.e. the amps and cabs). 920$ for a MIM sounds a bit steep tho but I guess the market values differ per continent. I do know that the MIM quality used to be a lot worse in the past but for the newer series it should be solid. My MIM stratocaster from 2020 is proof of that.

Hope you get it sorted and I also hope hearing other people experiences won’t make you hate the brand just yet. You don’t have to like it ofc.

It’s Squier, look at the headstock - unless you got a knockoff

Funny. Autocorrect puts it there.