I’m pretty new to the class (just finished Module 4), as well as the forum (people have been very helpful in here). I saw that there is an ‘Introduce Yourself’ thread, but thought that I would start things off with what I believe makes for an interesting conversation piece (hopefully you agree):

What was your first concert and your last (most recent) concert?

My first concert was the Beastie Boys for their Check Your Head album. I was 17 years old at the time. It was standing room only, and I pushed my way to the front of the stage, where I planted myself for the entire show. It was fantastic. That was such a great album. The concert also featured a lot of their hits from Paul’s Boutique. They mostly rapped during the concert, but I got to see MCA play some bass during it as well.

Interesting note about that concert. There were two opening bands. One was L7. I was equally excited to see them play, and they did not disappoint. None of us had heard of the other band at the time, so we skipped them to stay at a pre-concert party a little longer. Cut to a few weeks later when Jump Around hit the airways. Yep, I missed House of Pain. Lesson learned there. I made a point to always show up for the opening bands since then.

For my last concert, I’ll mention the last two, as they were for the same band, and they bring my concert journey full circle with my children. When my boys turned 17, I took them to see their first concert. Now, it was to see my favorite band (not theirs), but, hey, I paid for it.

I come from the same hometown as 311, as they have been my favorite band since they were still on the local scene. I didn’t know anything about the bass at the time, but watching P-Nut play live I just thought to myself, ‘That dude kicks ass’. From that point on, the bass has been my favorite instrument, and P-Nut has been my favorite bass player. I’ve wanted to pick up the bass for a long time, but just never made the time (first school, then work, then a family). It may have taken me 30 years, but I’ve picked it now and am on my way.

It was War of the Gargantuas in the mid to late 90s, which featured PanterA and White Zombie, my two favorite bands at the time.

My last concert was Soundwave 2014 in Sydney, Australia. I saw GWAR (lol…), Testament, Amon Amarth, Down, some other bands… I got to see Bowling For Soup do the Phineas and Pherb theme which was fun (I just happened to walk up while wandering around, and it happened. To quote the show “How serendipitous!” hah) I saw Green Day that show, too, at the end.

I haven’t been to a show since then, but I also loathe going out. The thought of driving my car to such events is appalling and terrifying for the potential damage and parking lot hell. And crowds… not overly fond of that; it drains me and I need a day to recharge…

First concert: John Denver, March 1978, at the College of William and Mary. I was not quite six years old, and fell asleep during the show. Not because he was boring, but because it was past my bedtime. I do remember hearing him say, “Far out.”

I didn’t see my first concert until 2002, well into adulthood. It was Rush Vapor Trails. That set the bar pretty high for a live show. We love Rush, saw them many times, and brought both kids to see them.

My most recent concert was Twenty One Pilots in 2019., which I attended with my daughter. I did not know much about them and was pleasantly surprised by their musical abilities. There are just two of them and they actually do play instruments which I did not know before I went. For some reason, I thought they were DJs.

Then, of course, the pandemic happened so Airborne canceled their 2020 show that I had tickets for and I now have tickets to see Greta Van Fleet in August which should be fun!

My first concert is hard to nail down. Where I grew up was near a shell. If you went past the community garden, followed a deer path, and climbed a rock, you could get in for free. I have no idea how many shows I saw or who all the artists were.

The first show I paid tickets for was Earth, Wind, and Fire. I was dating a Puerto Rican young lady, and she wanted to go. The cop patrolling our section warned us if we had any pot we better share with him to avoid any troubles. Ah, the seventies

And I saw the incomparable Verdine White on bass.

The HU, a Mongolian folk metal band was the opening act, and it was a fantastic show, the last they played in North America. I remember at one point in the show, Su came out and they turned off almost all the lights, the place was lit only by phones, and Su was accompanied only by piano.

I remembered my dad, and how he said Judy Garland always had a moment of her act where she sat down on the front of the stage, and would just sing by herself to the audience.

And I remember that night, as Su-metal sang without the band, lights, and dancers, just her and the audience; I thought this is what dad saw in Judy. In that moment, I felt very close to dad.

And that’s the magic of music

with or without Muppets? 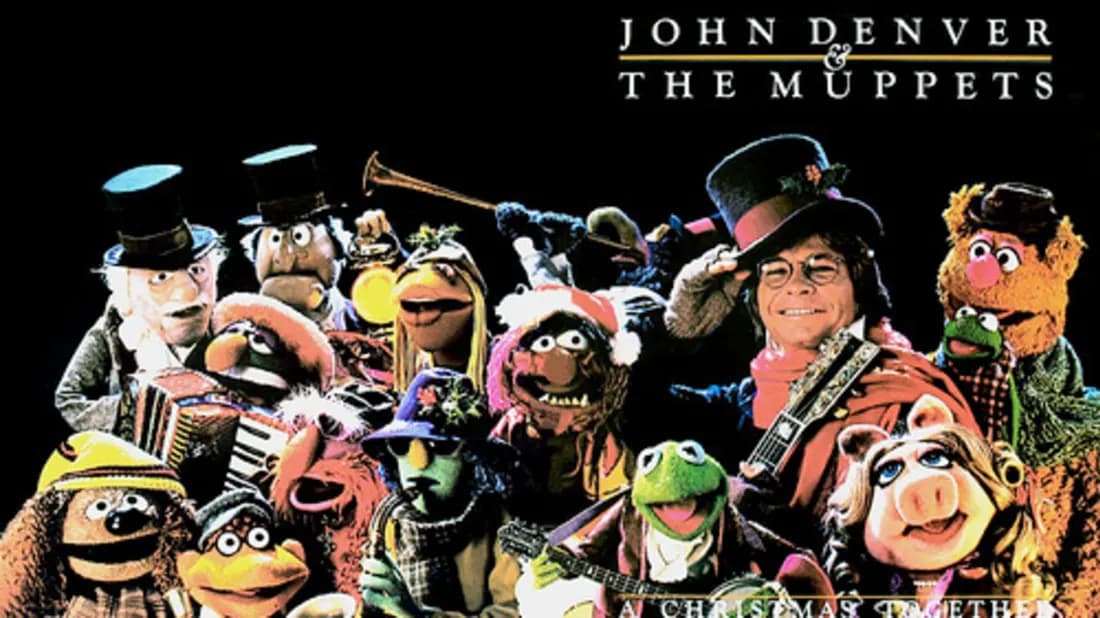 First Concert: The Doobie Brothers (my mom was dating a concert promoter, backstage passess, met the band, yadda yadda yadda…I think I was 11 or 12.
Last Concert: Rebirth Brass Band (my buddy Stafford is one of the trombone players in the band, so they are most likely my last few as we always go see them when in town (pre-covid)

with or without Muppets?

Great question! I’ll answer it with another question:
Do you think almost-6-year-old-me would have fallen asleep (regardless of bedtime) if there were Muppets?

I respect all the humans that made time to hang out with them.

My first concert was George Thorogood at… someplace. It was in like… 1981.

My last concert was either Transatlantic in Downey or Yellow Matter Custard in Long Beach. Don’t remember. Both Southern California.

Unless you count local bands playing at a local pub a concert. In that case, my last concert was California Celts at The Auld Dubliner in Long Beach.

Do you think almost-6-year-old-me would have fallen asleep (regardless of bedtime) if there were Muppets?

Solid question, I sure would not have.
Related/unrelated - I fell asleep watching Tracy Chapman warm up for Sting as an adult.
In my defense, it was:

I am debating if I want my next one to be McCartney or not.
Front row is $5,000 a pop.
The seats I think are actually reasonable put me somewhere in my backyard.

PS - I had this album and loved it. Muppets raised me, taught me how to read and write, and were my best friends. I was an only child.

Band Maid is coming to Seattle and I’m debating getting tickets or holding out for Nemophila who should be announcing dates soon.

Love this question…
First concert, REO Speedwagon and Survivor, Jan. 4, 1985, the first day I met my future wife…I remember this well because my friend John, who drove, forgot where he parked the car at the Peoria Civic Center and we were having an ice storm.
Last concert: Styx in 1997, the last tour Dennis DeYoung did with them and right after drummer John Panozzo died.
Most memorable: Heart of Illinois Fair 1996 when country group Ricochet signed a CD cover. That was my daughter’s first concert.

PS - I had this album and loved it. Muppets raised me

They do feel like family. A few weeks ago, there was a dust-up about Elmo yelling at Zoe over her pet rock. I’m 49 years old, but I dropped everything to google what happened (it was epic, btw).

First concert would have probably Judas Priest way back in the early 80’s maybe 81?
And my last was Whitesnake/Scorpions.

Elmo yelling at Zoe over her pet rock

Elmo is a bossypants.