Flat wound vs round wound strings

I’m really loving these RotoSound RB45 nickel plated rounds. I’m working on a song that requires a slide from the 10th to the 3rd fret, and I’m able to do it without eroding any skin from my fretting fingers. Not as glass smooth as my LaBella flats, but very tolerable. And they sound great. @John_E the FastFret you recommended really helps with the sliding (and elimination of residual noise).
@howard, you should be excited! Pam “flat wound only” Purrs is actually playing rounds and loving them.

Awesome! Nickel rounds are my favorite too.

I am happy with the added tonal options rounds are giving me, and am liking both SS in the Aerodyne J and the nickel wounds (Labella) on the Bello bass. I’m going to put the nickel Rotos on the MM as those are the strings that were in it from the original owner still. DR sunbeams.

I put the 45 rotos on the MM today. They are very good and do feel a lot nicer than the SS version. That’s said, I’m digging the SS better so far. But will leave them on and play til they die then swap them.

GHS Fast Fret is for cleaning strings. It will keep your strings longer healthy. I use them for all my guitars and you can pretty much keep using it over and over until expiration date.

Tone is different.
They say SS strings are brighter than nickel. I’d describe it as “clean” as well. Crisp almost. Adds clarity to the pickup’s tone. It I don’t think I want to crisp and clean on the bass im going to slap in. Could be too much.

The Optima gold strings add more brightness and higher ends than the SS, not as “brittle” either. It’s all super interesting as a tone pallet of sorts. I am working on a song I though the flats on a p bass would work great on and ended up liking the gold stings on another P better. Either works, and if you have only one then that one works too.

You can also just plug in your bass and play and not worry about it. Hahaha.

As someone who has just come over to the “Dark Side” of rounds, I am good with the RB45s for now. I’ve been working on a song with them, and have done a couple slides on them. My fingertips are getting used to the roughness, almost to the point where it’s unnoticeable. I may graduate to some different rounds in the future, but this is where I am for now. They sound fine to me too, so here I am.

@PamPurrs Okay, you convinced me, especially considering that you’re possibly the only person on the forum more pro flats than I am. 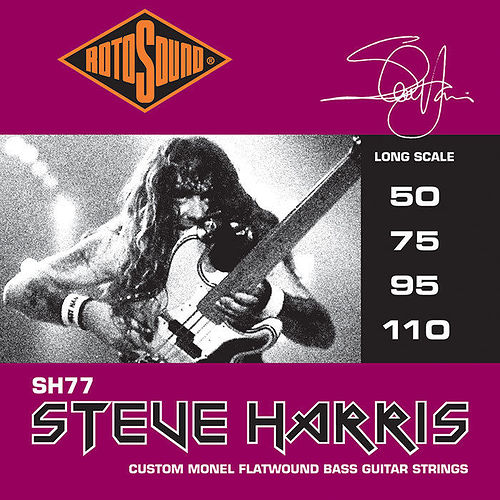 You have nut files? You may need them.
Weird they are flats.

I have some round needle files, I thought I’d use them.

Yeah, flats. SH is kind of well known for this, and thus being an outsider for it. Because they’re so bright though, that’s not a problem. And the fact that they’re heavy gauge, they get a percussive clack that seems lower pitched than a lighter string. If you listen to some bass-forward Maiden tunes, the bass sounds almost like a piano with hardened felt hammers.

I have some round needle files, I thought I’d use them.

Please let us know what you think of these after you’ve tried them.

Newbie strings question: I’ve currently got some flats on but am thinking about swapping them out for some rounds (gotta master that slap module sooner or later right?). Reading up on different strings I noticed some reviewers commented on tensions and having to adjust the truss rod after they put them on. Is that a usual thing? I don’t want to have to mess about too much with the setup at this stage.

Generally speaking any string change would have you check and possibly adjust truss rod, not just necessarily flat to round.
Also intonation adjustment is more than likely.
Best to learn now how to do this yourself Vs pay someone $40-$80 every time you change strings, and every spring/autumn seasonal adjustment.

I think Roger Sadowski’s method is best for learning. Over time you will be able to adjust by feel, but takes some time knowing your bass.

How to Set Up Your Bass See Roger’s video below for a full rundown of how to setup your instrument. Written instructions are below. Download a .pdf copy. Also check out our Roger’s setup specs and our string change page for more setup info. ...

Thanks! I guess it’s time I made an effort to learn a bit more about my instrument.