The course it self is excellent all 20 chapters have examples and excises. IMO one of the best courses out there. She also on truefire has a course called pentatonic playground she has other course too on true fire that i have not purchases. I have purchased Stu Hamm fretboard fitness and Ryan Madora bass Cafe. Two other great course to take that will not break the bank.

Does anyone know of a good online quick reference for example chord progressions mapping to feelings/emotions? I know some basic ones, and understand the basics of leading and resolving and so on, and see mention all around of various ones, but I don’t think I have seen a good reference that maps, say, a bunch of example progressions to given types of emotions, all in one easily accessible place.

The following is a list of commonly used chord progressions in music. (common in ragtime) (Type I: Two common tones, two note moves by half step motion) Tonic

but requires a lot of drilling down through the individual subpages.

Explains them nicely I think.

Is there a term for the corresponding minor progression of a major chord progression?

I am working on a song right now that is i-v-VI-III in a minor key, which is interesting to me in that if it were in the corresponding major, I-V-vi-iii would be the Pachelbel’s Canon progression.

Since a few different theory books were mentioned/recommended in this thread, I just thought I’d ask whether anyone has any thoughts on The Bass Grimoire?

I have the mini version, but haven’t gotten very far in it (still working thru B2B - 1 thing at a time!

) - it seems more like reference material vs a “book”, but thought I’d see if anyone was familiar with the “full” version…

And thanks for the videos shared in this thread… My YT “watch later” queue keeps growing!

I’d ask whether anyone has any thoughts on The Bass Grimoire ?

I’m quite late to this,but I’m reading through the theory sub forum as I’m getting into theory more.

Somehow the video you posted made real sense to me. Great way of looking at it!

I just finished the B2B course and the theory we went over in the course was some of the most interesting parts. I’ve been trying to further understand/play with the concept of major/minor chords played over a certain key.

A diminished chord is a minor chord in which the 5th and 7th are flattened, or diminished. (in addition to the 3rd and 7th which are already flattened).

In terms of intervals (which you should learn) a Dim7 would be:
Root - Minor 3rd - Diminished 5th - Diminished 7th

Diminished = half step (tone) down. Therefore, a diminished Bb would be Bbb ( Played as A)

I hope this helps

How do you and @PamPurrs remember all this stuff, @joergkutter ??

I can’t speak for @joergkutter, but I only learned all that within the last year when I took the TalkingBass Chord Tones course, so I still have retained it in my brain. Occasionally I refer back to my study materials for reference when I forget something.

I just find it very interesting and I should have learned that stuff twenty years ago, but was too lazy

EDIT: and I want to play jazz, which almost requires knowledge of that kind of stuff!

It does. I started to play some of this and it made more sense (to my ear, maybe not so much my understanding), especially with what joergkutter added.

One thing to keep in mind when you start learning the different 7 chords (which are merely triads with the 7th added) is despite the fact there are many different ones, including the dim7 I described above (which is rarely used as @joergkutter pointed out), there are really only four main 7 chords you should focus on because they are the ones most used in modern music (according to Mark Smith in Chord Tones course):

Man, there are a lot of “old” forum chats I am just now seeing, but enjoying getting caught up on as time permits me. While surfing the web watching AC DC videos of Highway to Hell for the #50-songs-challenge wondering what kind of bass Cliff Williams played/plays, I found this video with Angus Young. He makes an interesting quote about theory which is similar to what @Gio says below. The quote is only 55 seconds in and lasts until about 1:13. 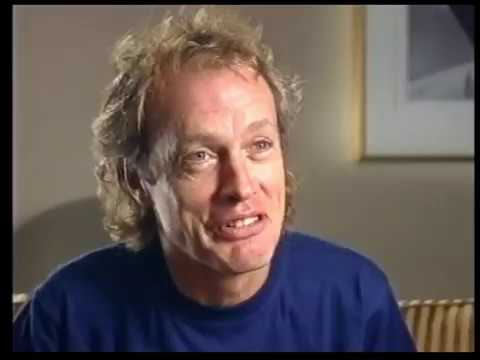 " @Gio 's Rule" , to keep in mind, regardless of what the theory says: REMEMBER THE GOLDEN RULE OF MUSIC - THE ONLY RULE OF MUSIC: IF IT SOUNDS GOOD… THEN IT IS ALLOWED.

Thanks @Gio, that “GOLDEN RULE” takes a lot of pressure off!!

Does anyone know of a good online quick reference for example chord progressions mapping to feelings/emotions? I know some basic ones, and understand the basics of leading and resolving and so on, and see mention all around of various ones, but I don’t think I have seen a good reference that maps, say, a bunch of example progressions to given types of emotions, all in one easily accessible place.

Have you ever tried the plugins Scaler2 or Captain Chords?